The Whitman Alumni Board condemns the recent police killings of George Floyd, Breonna Taylor, Rayshard Brooks, and the countless other murders of Black lives at the hands of police — many names of which we know, even more that we don’t and some that we learn about months or years after their murder like Elijah McClain. We also condemn the recent murder of Ahmaud Arbery and the racist actions taken against Christian Cooper in Central Park. The systemic structures of racial inequity that threaten Black lives across America are more obvious than ever. We are united as a board in our belief that Black Lives Matter, and we stand in solidarity with our Black alumni board members and the entire Black alumni community as we seek to build a more just and intentionally antiracist society.

Black students at Whitman today have had negative experiences too similar to the experiences of alums decades ago. Time and again Black alums have shared their stories and recommendations through direct action and in Whitman task forces, committees and surveys designed to tackle issues of inclusion. While progress has been made, throughout time the voice of the Black community has not been heard. We commit to change that.

While students at Whitman, we were taught to think critically, have uncomfortable conversations with each other and challenge our own ways of thinking. These lessons did not end when we left campus. Whitman laid the very groundwork for us to become lifelong learners.

The Whitman alumni population is largely white, and the white members of the Whitman Alumni Board recognize the privilege our racial identity has afforded us. Speaking directly from the white board members, we know that it is primarily incumbent upon us to carry the burden to fight racial inequities and white supremacy. We embrace our individual responsibility and commit to sustained action. Speaking directly from the non-Black board members of color, we also have a responsibility to take action and dismantle anti-Blackness and the impact of colonialism within our own communities. We summon all alumni to step up to join us.

We commit to using our voice and our privilege as Alumni Board members for racial equity at home, at work, in our communities, in our interactions with Whitman and with you. What we change will depend not only on our courage to confront our individual prejudices and power, and the feelings of apathy, shame and guilt that may be attached, but also putting our collective talents toward the sustained and methodical dismantling of the systems, symbols and attitudes that directly or indirectly support racism at Whitman, in our communities, and in the hearts and minds of all we encounter.

We recognize that our racial identities, our childhood, the year in which we graduated from Whitman, and our life since put us all on different points in our journey to become intentionally antiracist. We as a board range from class years 1967 to 2014. Some of us grew up in households that never spoke about race, while others grew up in households that did not have the luxury to avoid conversations about race. This work is hard and uncomfortable, and we acknowledge that we are all in different places on our path to become antiracist but we stand equally committed to engage in reflection and take action. 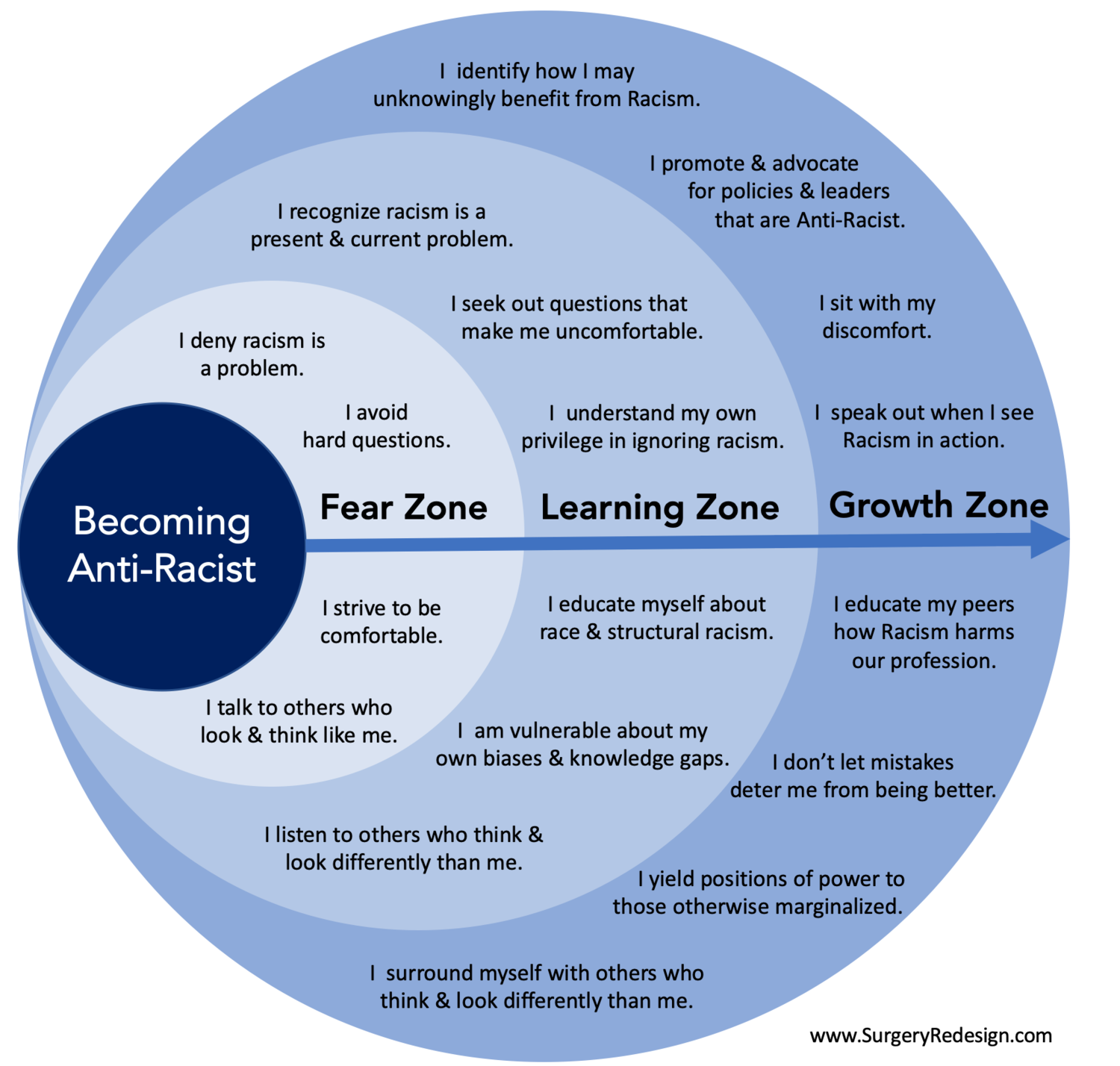 We invite you to join us in our commitment to becoming intentionally antiracist by listening to and amplifying Black voices, learning from antiracist texts and acting to support the Black community. We know many of you are already doing this and we look forward to continuing to work together.

To our alumni of color especially — we have seen your stories on social media, in our email inboxes and in the zines. We know of the 1970 letter from the Black Student Union, the racist grading policies prohibiting student transfers, the lack of financial compensation in the Power & Privilege Symposium, the minimization of racist acts through campus communication, among many other issues. We hear you and will advocate your interests as our common interest for the college.

We commit to (1) learning from information that has already been collected before burdening alumni of color with questions about race, (2) valuing the perspective of alumni of color on issues of race over white voices (regardless of positionality), (3) making decisions we would be comfortable and proud explaining to alumni of color, (4) engaging college leadership, staff, faculty and each other in difficult and uncomfortable conversations about race, and (5) clearly and consistently communicating progress to the alumni community.

The Alumni Board’s work to build an intentionally antiracist alumni community began before this moment, and will continue indefinitely. We’re in this for the long haul, and promise to maintain and sustain this effort.

The Whitman College Alumni Board

“No one is born racist or antiracist; these result from the choices we make. Being antiracist results from a conscious decision to make frequent, consistent, equitable choices daily. These choices require ongoing self-awareness and self-reflection as we move through life. In the absence of making antiracist choices, we (un)consciously uphold aspects of white supremacy, white-dominant culture, and unequal institutions and society. Being racist or antiracist is not about who you are; it is about what you do.”

Read on for more information on what we already do, where we have donated funds to support Black communities, and associated resources to take action in your workplace and learn from Black voices.