Selected jointly by the Office of Diversity & Inclusion and the Alumni Association, this award recognizes alumni whose work exemplifies inclusion, promotes equity, and values and reflects the diversity of our world: gender identity and expression, sexuality, race, ethnicity, national origin, socioeconomic class, disability, religion, spirituality, age cohort, and the infinite other dimensions that intersect to make each person unique. 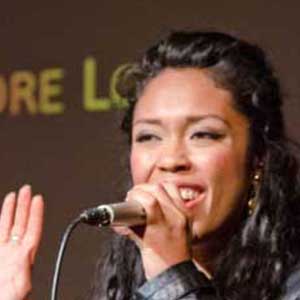 The daughter of music industry booking agents, Aisha Fukushima spent her childhood between Japan and Seattle, and by middle school was writing rap lyrics, poetry and stories to express herself and her political convictions. She earned the Claire Sherwood Memorial Scholarship and became a rhetoric and film studies major at Whitman, where she was also involved in the college’s first ever Power & Privilege Symposium and WISE program (Whitman Institute for Scholastic Enrichment) to introduce low-income and first-generation middle school kids to college life.

Upon graduation, Fukushima received the coveted Watson Fellowship to further her study of global hip-hop traditions in India, Morocco, Senegal, South Africa, Denmark and the United Kingdom. The resulting album, RAPtivism, is the product of collaborations with 20 political hip-hop artists rapping in solidarity against injustice. Since then, she has continued to expand what she describes as the three main branches of RAPtivism: education, music and online community building.

Fukushima returned to Whitman in 2019 to serve as that year’s commencement speaker.