Given in honor of former Whitman College President Tom Cronin, the Ben Rabinowitz Award assists students with demonstrated leadership skills who wish to implement new projects or learning opportunities that promote compassion in medicine or politics and enrich the campus community. This year the Award will be $3000.

The recipient(s) of this award are required to present the outcome of their project either in the following semester or within one year of winning the award, whichever is most appropriate.

Applications are now closed. Any questions about the award or proposals for the 2021-22 academic year can be directed to Noah Leavitt, (leavitns@whitman.edu).

oWWn your story is an Instagram page that provides a platform for victims of sexual assault to anonymously share their story in a community that supports and validates them.  The online community will include stories in both English and in Spanish in order to include as many people in the community as possible.  On the page there is the option to send a direct message to share your story along with a link to truly anonymously submit your story.  In May 2020 there will be an online workshop where a survivor of sexual assault will share her experience and how she reached the empowering point of being able to tell her story. My Life: My Story

Stories are innately powerful and can be the foundational building blocks of culture. Narrative medicine is a model for empathy, reflection, and trust that hopes to use stories of illness to empower others and to promote healing; it is focused on telling the patients’ stories and acknowledging the uniqueness of each patient and validating their stories through genuine interest and concern. Thus, we aim to ask marginalized communities in Walla Walla County about their lives and to tell their stories through a narrative medicine storytelling project. The end product would be a bilingual book that hopefully brings powerful narrative and creativity together to empower those whose voices need to be heard. 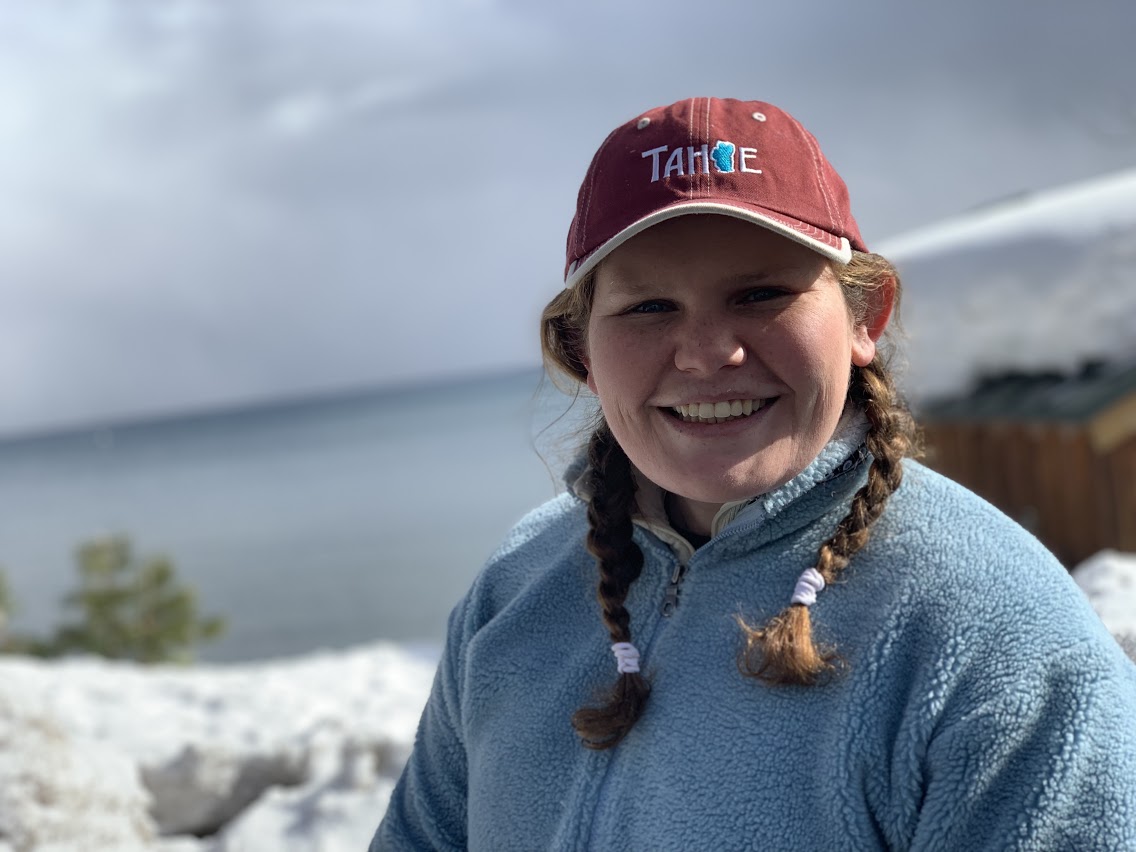 Personal statement: My project includes creating a course at Whitman that is open to both Walla Walla community members with developmental or intellectual disabilities and enrolled Whitman students. This class will be a 1-credit special topics sociology course taught by Michelle Janning, and the course will focus on what makes a community and what it means to be a part of one. Community members and Whitman students will have the opportunity to discuss topics such as inclusion and reciprocity in class along with participating in several field trips pertaining to the class discussions. Along with Professor Janning, the Executive Director of the Walla Walla Valley Disability Network, Cyndy Knight, will also be co-facilitating the course. Through this class, I hope to learn and expand my perceptions of society. My main goal of this project is to encourage people to consider one's ability rather than disability.

Personal statement: A bright yellow listening booth has been in tour around Walla Walla. Inside the booth, a phone tree was created to house and share the stories of ten members of Walla Walla's immigrant community. These recordings, excerpted from one-on-one interviews between Whitman students and members of the Walla Walla community, fall under nine primary categories: belonging, exclusion, courage, invisibility, change, tradition, legacy, and the sunrise. The phone tree can be accessed anytime by dialing the phone number (509-213-1223) or on the website. The booth and the sharing of our project has been from Washington State University in Pullman, Seder Immigration Dinner in Reid Campus Center, Walla Walla Public Library, First Congregational Church, Stand Against Racism hosted by the YWCA at Pioneer Methodist Church, and is currently at Walla Walla Community College.

Ludmila wrote, produced, and with a large group of actors, musicians and dancers, performed an original theater piece called Echo Chamber which she hopes helps participants "to acknowledge our biases, through music, dance, and dialogue in order to address the dangers of polarization, intolerance, and the lack of communication that furthers the cultural divide."

The SOS Clinic has been a non-profit clinic in Walla Walla since 2000 and was founded to help support the uninsured and underinsured patients of the Walla Walla community. We would like to create a bilingual cookbook that contains healthy and culturally conscious recipes, and that would be distributed for free at the SOS Clinic. The cookbook would offer a tangible tool for patients to take home as a reference for a variety of healthy meal options. Offering a bilingual book with recipes in both Spanish and English will help this be a more accessible resource for the clinic's Spanish-speaking patient population. Since diet preferences are largely grounded in culture, this project will bring together Whitman students and Walla Walla community members in order to ensure that patients have a voice in the construction process of each recipe. 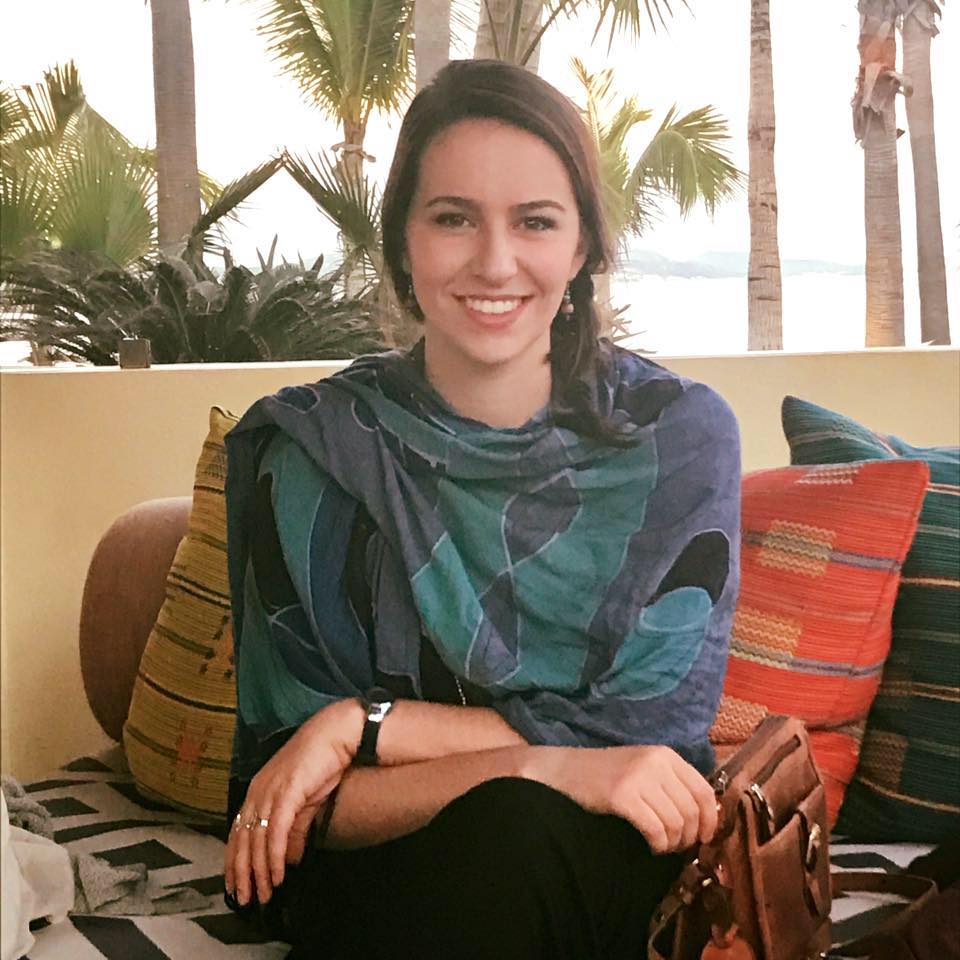 This project was designed to connect Whitman students to students in Walla Walla high schools to promote a holistic and healthy approach to sex-ed. It was modeled after a similar program in Denmark, called "sexexpressen" with the goal of promoting open dialogue about reproductive health, healthy relationships, and consent. A group of 10 Whitman students were trained by mental health professionals and a physician in communicating with high school students about these topics, and are now facilitating "peer-taught" sex-ed classes after school for groups of at-risk Walla Walla youth.

This project has highlighted for me some of the inconsistencies in education within our public school system. I've seen first hand how adverse childhood experiences (ACEs) can affect almost every aspect of a young adults life, and how difficult they can be to talk about in a typical authoritative education setting. I am looking forward to the expansion of the project next year, and hope to continue supporting the efforts as an alumnus.

Freedom Songs is a racial justice-themed concert project envisioned by Joel and first organized by him and Jess. The concert event features a selection of songs by popular artists of color that deal with the topics of race, privilege, and different forms of oppression. Freedom Songs is accompanied by the Freedom Zine, which features art and writing by self-identified students of color.

Freedom Songs seeks to engage in the politics of racial and social justice through musical means. In representing difference through music, our goal is to have performers and audience members alike rethink the kind of media they consume and challenge the majority narrative in our popular culture that often solely represents "pop privilege" (i.e. wealth and spending, misogynist messages, and other unabashed expressions or power that further marginalize minority voices). The concert stage and Freedom Zine alike will serve as venues for amplifying minority voices in harnessing the connective power of art and music. Ali founded stART, a program that brings visual and performance arts to Walla Walla Public Schools. Check out this article for more information on Ali's project.

I founded stART after an internship with Carnegie Picture Lab, realizing that I could do more at Whitman to increase access to arts education in Walla Walla. As an art major at Whitman I cannot imagine my life with access to art and I wanted to find a partial solution to the lack of funding in public schools for the arts. This club works to bring different kinds of art to the schools, giving Whitman students the opportunity to help lesson plan and implement their own lessons. We currently partner with three different schools and teach 6 lesson plans in each school. Our goal is to eventually expand the program so it reaches all six elementary schools. Through the Rabinowitz Grant, I was able to fund an intern--creating an internship for a student. For me, having an intern run this program rather than myself in my free time has made a huge difference in club making it more organized, consistent, and sustainable.

Samuel founded the Glean Team to raise awareness on issues pertaining to food insecurity and to provide opportunities for Whitman students to harvest and donate fresh produce to Walla Walla food banks. With 220 members, and over 90 gleaning events in the past year, it has quickly become one of the most active groups on campus. In combined efforts with community volunteers, nearly 35,000 pounds of fresh produce have been donated to the Blue Mountain Action Council (BMAC) Food Warehouse and distributed to those in need throughout the county.

This has been a very meaningful and rewarding way to engage in service that extend past the Whitman community. I am thankful to have met and work with all those involved—Glean Team leaders, Whitman students and staff, BMAC volunteers, local farmers and community members—this project would not be possible without the positive spirit and work ethic that everyone brings to the table.

Keiler focused on promoting a compassionate approach to immigration issues on campus and in the Walla Walla valley. He organized a panel around the theme of "compassion in immigration reform", bringing speakers from all over the state to speak about the issue. In the spring he funded five Whitman students' spring break to the U.S-Mexico border. The students volunteered with No More Deaths, an organization that seeks to end cruelty and suffering in the desert by putting out food, water and other life-saving supplies for crossing migrants.

During the course of the project I was reminded of how broadly impactful the issue of immigration is, as it affects lives all the way from Mexico to the Walla Walla valley in profound and undeniable ways. I was also inspired to see the interest and passion that it generated in other Whitties to get involved when they were exposed to an issue of importance.”

Michaela started the Buddy Program when she saw that there was a lack of support for adults with intellectual and/or developmental disabilities in the community. The Buddy Program is a student-run program that connects Whitman students with adults in the Walla Walla community with intellectual and developmental disabilities to create friendships that defy the norm.

The Buddy Program was a dream that I thought would never become a reality due to the costs associated with starting such a program on the Whitman campus.  Without the Ben Rabinowitz Award I would not have been able to start the Buddy Program and put on a wide range of events for the buddies involved.  I am very grateful for Whitman's support and for helping make my dream a reality.”