Webb Miller ’66 among “most influential”

Miller and colleague Stephan Shuster, a professor of biochemistry and molecular biology, “successfully sequenced the DNA of the 20,000-year-old woolly mammoth,” according to Time. 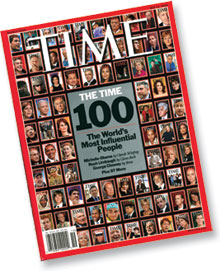 “In doing so, they helped science overcome what had been seen as an insurmountable obstacle.” They isolated “partly degraded DNA from the shafts of preserved mammoth hair after bleaching the hair to remove any traces of bacterial DNA.” Their findings could allow scientists to “unlock the secrets of thousands of ancient species preserved in museums,” according to Time.

While it is unlikely we will see woolly mammoths walking the earth again, Time noted, this “pioneering work will undoubtedly inspire many to push the limits of DNA analysis.”