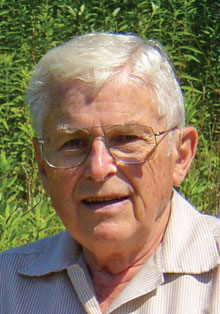 Renowned particle physicist, Princeton University professor emeritus of physics and recipient of a Whitman College honorary doctor of science degree (1978), Frank C. Shoemaker ’43 died Feb. 11, 2009, in Hightstown, N.J., at age 86. He met his wife, Ruth Nelson Shoemaker ’43, while at Whitman, where they both were elected to Phi Beta Kappa. Frank was a member of Tau Kappa Epsilon.

The couple worked at the Radiation Lab at Massachusetts Institute of Technology on the development of radar for use in World War II. After the war, Shoemaker earned his doctorate in physics from the University of Wisconsin, Madison, and the family moved to Princeton, where he began his nearly 40-year career in the physics department.

Shoemaker was a founding member of Princeton’s experimental particle physics group, leading major accelerator projects. In 1968-69 he took a leave of absence to become the first head of the Main-Ring group at the National Accelerator Laboratory in Batavia, Ill.

As director of undergraduate physics studies at Princeton from 1981-89, Shoemaker transformed the teaching of introductory physics. “Frank possessed an encyclopedic knowledge of experimental science and used it to design novel instruments for particle physics,” A.J. Stewart Smith, Princeton research dean, said in an obituary on the university’s Web site. “Generations of graduate students and faculty benefited from his unselfish, ingenious contributions to their research.”

Shoemaker was preceded in death by his wife in 2001. He is survived by two daughters.

Former acting and speech professor and longtime actress on the Whitman stage, Jo Anne Dickens Rasmussen died Feb. 18, 2009, in Walla Walla at age 80. She was born Feb. 24, 1928, in Creston, Iowa.

Rasmussen earned a bachelor of fine arts degree and secondary teaching certificate from Drake University in 1949. She taught school in Iowa and then in 1953 followed her husband, Richard “Dick” Jens Rasmussen, to Whitman, where he had been teaching art for three years. Jo Anne Rasmussen embarked on an acting career at Whitman College Theatre (now Harper Joy Theatre) and Little Theatre of Walla Walla.

She taught speech and drama at Whitman, headed the Walla Walla Community College drama department, developed summer and touring theater programs for children, directed and acted in community productions and was instrumental in establishing the communitywide outdoor summer musical as a scholarship program for WWCC.

Jo Anne’s work in the theater was often a family affair, with her husband and children, Joel and Lisa Anne Rasmussen ’86, working on sets and lighting and helping direct productions.

“Literally everyone who knew Jo Anne knew she was a sort of theater institution,” Nancy Simon ’63, Whitman Garrett Professor of Dramatic Art, told the Walla Walla Union-Bulletin. “In the many decades she was active in theater, innumerable people have been influenced by her,” Simon said, adding that Rasmussen was a mother figure to countless souls.

Dick Rasmussen headed the Whitman art department until his retirement in 1980. He died in 1999. Jo Anne Rasmussen is survived by their children. 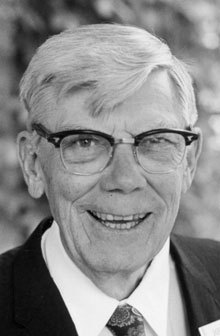 From 1936 to 1947, he was an assistant and associate professor of mathematics and physics at Whitman, chairing the physics department from 1943 to 1947.

In 1947, Highberg and his wife, Mary Bower Highberg ’33, and their children moved to the Naval Ordnance Test Station (NOTS) at China Lake, Calif., where Ivar worked as a civilian scientist for the Navy for 28 years. In the course of his career, he headed the ballistics, testing, engineering and systems development departments, and served as deputy technical director for Air Combat Systems. Highberg was honored in 1966 with the highest recognition for outstanding individual achievement, the L.T.E. Thompson Award, for development effort in surface-launched weapon systems, as well as for his “faithful and conscientious leadership resulting in development and inspiration of young scientific personnel.” Upon his retirement in 1975, Highberg was presented with the Navy Meritorious Civilian Service Award, the highest honorary award in the Navy civilian service. Highberg’s achievements at China Lake contributed to what is still the backbone of the U.S. Navy’s weapons systems.

Whitman recognized his contributions with an honorary doctor of science degree in 1977. The reasons for honoring Highberg “include a special and fondly remembered relationship with Whitman,” the citation noted. As a student, he lived with Whitman President Stephen B.L. Penrose and family, and the Highberg family assisted the former president during his later years. Highberg has been a Whitman class representative since 1988.

During Highberg’s career at China Lake, he also was active in the community, serving in leadership positions in the Parent Teacher Association, Desert Area Family Counseling Service, China Lake chapter of the Research Society of America, Civic Concert Association and Desert Community Orchestra.