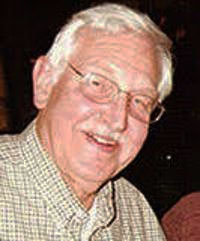 J. Walter Weingart was born in Plainfield, New Jersey in 1938. After graduating from Washington and Lee, he went to Columbia where he earned his law degree. After briefly practicing law, Walt decided that it was not for him and enrolled in the graduate history program in his home state’s state university, Rutgers. After receiving his M.A. on the banks of the old Raritan, he transferred to Northwestern University where he earned his Ph.D. in Early Modern British History.

Walt Weingart came to Whitman in 1967 and taught until 2002. He was best known for his courses on Western Civilization, History of England, History of France, Europe and the French Revolution, Spain in the Golden Age, Absolutism and Enlightenment, and seminars on Stuart England and Tudor England. Walt’s teaching was so well respected that he was in a group of three faculty who were named as the original Paul Garrett Fellows by President Donald Sheehan in 1973. In support of his teaching, Professor Weingart earned three awards from the National Endowment for the Humanities. Walt was active in faculty governance and served most notably as Chair of Division I, Chair of the Department of History three times, long-term Pre-Law Advisor, two separate terms on the Board of Review, and on the 1979-1987 Campaign for Whitman Steering Committee. Professor Weingart was a fixture in the hall on the second floor in Maxey Hall, ready with a quick comment, a story to tell, or an idiosyncratic question. He had a sharp wit, enjoyed making people laugh, and his own booming laugh could be heard up and down the corridor. I learned of his playful side early in my first semester at Whitman when I found myself fielding a stream of questions from different students over the course of a week along the lines of “What was the name of Franklin D. Roosevelt’s dog?” (Fala) I finally clued in that something was going on and watched one student as they left my office and went down the hall to Weingart’s to report my answer and to get another question to ask.

Walt had a unique way to control a student that dominated discussions. He would give them a caramel to eat so that they could not speak for a while. Using a quote from one history major, the department gave him a jacket with the words “The God of History” embroidered on it when he retired. On the second floor of Maxey Hall in the new wing of the building there are a series of historical posters on the walls that came from a collection donated to the History Department by J. Walter Weingart that the department put up in recognition of his teaching and contributions.

Walt is survived by his wife of fifty-three years Kathy with whom he shared a love for music and theater. In addition to their home in Walla Walla, they kept a flat in London for many years and a house on the Oregon coast.