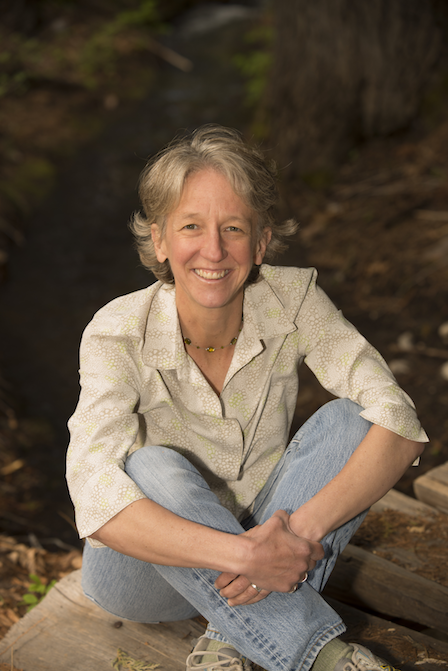 Prolific author and Johnson Visiting Instructor of English Ana Maria Spagna has received a 2017 Grants for Artist Project (GAP) Award from the nonprofit Artist Trust, which provides grants to creative artists based in Washington State, for an upcoming nonfiction work tentatively titled The Merchant by the River.

"It mentioned in passing this Chinese merchant who lived along the Columbia River near Chelan Falls in the 1870s and violence against Chinese miners possibly—or possibly not—inflicted by Indians," Spagna said. "It seemed an odd sort of footnote, like something people should know more about. Since then, every time I drive past that place, I try to imagine this merchant, these miners, that time and what might have happened and why."

The GAP Award will help fund Spagna's research, including library, archive and historical society visits, conversations with community members in the region and trips to investigate the area where the events occurred, she said. The author has already traveled to Spokane and Vancouver, Washington, to pursue the story. This year's 61 GAP Award recipients received $92,000 cumulatively to support their work in visual arts, literary arts, media arts and performing arts.

Spagna is the M.F.A. program director at Antioch University and the author of six books, including Potluck: Community on the Edge of Wilderness (Oregon State University Press, 2011) and The Luckiest Scar on Earth (Torrey House Press, 2017), a novel for young people. Forthcoming is an essay collection, Uplake (University of Washington Press, 2018). Her work has been recognized by the Society of Environmental Journalists and the Nautilus Book Awards.

"At this point, I don't even know the merchant's name, so I can't begin to conceive how I'll weave together the story," she said. "But that's how nearly everything I write starts. It's an uphill battle, but an intriguing one."