Whitman College will celebrate the legacy of one of its most revered alums on Sept. 24, 2021 with the William O. Douglas Centennial Conference. The event marks the 100-year anniversary of Douglas’ graduation from Whitman College. 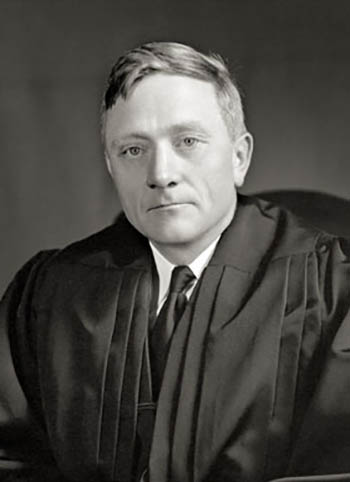 At Whitman, Douglas was a member of the debate team and Phi Beta Kapa and served as student body president in his senior year. After earning a B.A. in English and economics in 1920, Douglas went on to Columbia University, where he received his law degree in 1925. He later joined the faculty of Yale Law School before being nominated for the Securities and Exchange Commission by President Franklin D. Roosevelt. He was appointed to the commission in 1934, and served as a chairman. In 1939, Roosevelt nominated Douglas to fill retired Justice Louis Brandeis’s seat on the U.S. Supreme Court. Douglas served on the highest court in the land until his retirement in 1975.

The conference’s organizer, Whitman College Associate Professor of Politics Jack Jackson, says he believes Douglas is one of the most important justices in the history of the Supreme Court. “He was a key player in the New Deal revolution in American law, he helped pioneer our constitutional right to privacy, and he was very active in the modern environmental conservation movement.“

The conference, which will be broadcast via Zoom, will include two panel discussions. The first, commencing after Jackson's opening remarks at 1 p.m., will cover Douglas’ environmental legacy. Panelists include Heather Elliott, University of Alabama School of Law; Adam Sowards, professor of history at the University of Idaho; and Renny Acheson, a senior politics-environmental studies major at Whitman.

This event is sponsored by the Governor Arthur B. Langlie Fund for Northwest History, Politics and Public Service and the Robert and Mabel Groseclose Endowed Lecture Fund.