Technical skills are increasingly important in this digital age, but that doesn't mean the skills emphasized in a liberal arts education - often considered "soft skills" - are any less valuable. 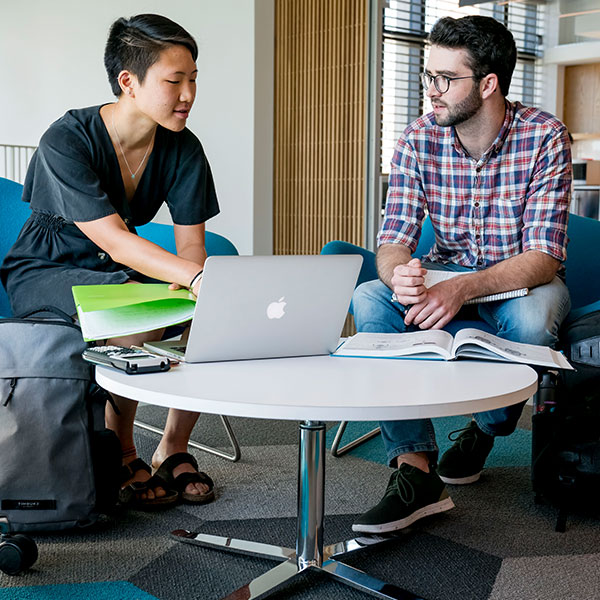 A Better Kind of Engineer

The high-tech industry has long valued the versatile, creative mindset and soft skills that are hardwired in those who study in the liberal arts tradition.

When Norman Cheuk '91 joined the gaming division at Microsoft, Bill Gates was CEO, Solitaire was among the company's top computer games and Xbox was still three years away from its debut.

The year was 1998. And Cheuk was on the ground floor of what would eventually become one of the world's largest video gaming companies. 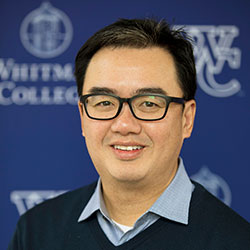 Cheuk has held many roles in his 21 years with the gaming giant - from managing large teams of developers, to overseeing Xbox's expansion in Japan, to directing the company's interactive content entertainment business. Today, he is the senior director of business development for one of Microsoft's biggest gaming advancements: Project xCloud, a video game streaming technology that went into preview in October.

It's a career that many would say doesn't fit a liberal arts graduate with a degree in politics. But Cheuk is just one of many Whitman College graduates challenging the idea that liberal arts degrees don't provide the skills students need to succeed in today's ever-changing workforce.

"Technology companies like Microsoft have always looked for people who can think creatively, because problem-solving is at the heart of what we do," Cheuk said. "Solving problems is something that comes naturally to many liberal arts students."

Cheuk credits his liberal arts education for preparing him to thrive in Microsoft's innovative environment.

"Being able to have a range of different influences in the way that I was educated, versus being focused on a particular subject matter, has been really important in my career, particularly at Microsoft," Cheuk said. "Because innovation is really about bringing together different information, different processes, different techniques and different insights, and then incorporating those ideas or constructs into the technology and experiences we try to innovate on."

"With Whitman being such a small school, and having a culture where everyone was so involved, I got to hold a lot of leadership positions, and I think a lot of that helped me develop in a professional way," she said. 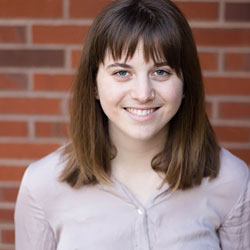 During her senior year, the mathematics major completed a fellowship at the Walla Walla Valley Wine Alliance, a marketing association for local wineries. Sponsored by the Student Engagement Center as part of the Community Fellows Program, Blausapp's fellowship challenged her to create a Structured Query Language (SQL) database to consolidate and analyze vineyard data.

The real-world project gave her a competitive advantage for her first job at BNY Mellon, where she is part of the predictive analytics team to design and program a new database for the global investments company.

"Any job, even a pure software developer job, requires working with other people and being creative to an extent," Blausapp said. "I think my job is creative, and my ability to engage with people, especially when there are points of disagreement, and come together to find solutions was definitely strengthened at Whitman."

Anthony Skinner '95 also credits his liberal arts education for providing a strong foundation on which to build his 20-year technology career. Since 2015, Skinner has been chief technical officer for iSpot.tv, a tech company that uses its proprietary technology to measure the performance of TV advertisements for clients like Jeep, P&G, Burger King and many other big-name brands. He oversees around 85 employees, from technologists and software coders, to product designers and technical writers. 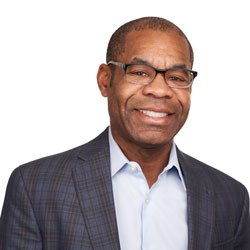 Skinner majored in economics at Whitman. He said his classes not only helped him develop a strong work ethic, but also taught him how to think deeply about a range of subjects and to articulate complicated ideas to diverse audiences - skills he uses daily.

"At Whitman, you take classes around many different areas that make you more well-rounded and prepared to think about the world differently," he said. "You are pushed to work hard and challenged by your peers. Liberal arts schools are known for that."

Learning How to Learn

For Steve McConnell '85, liberal arts and technical education have a lot of similarities.

"One of the things people don't really appreciate or understand is the commonality between an engineering education and a liberal arts education," he said. "In both fields of study, there's a concept of breadth and depth - there's a real premium placed on knowing enough about enough different things to know what you don't know."

Essentially, a liberal arts education teaches students to "learn how to learn," McConnell said. And in an industry driven by change, the ability to quickly adapt, grow and innovate is not merely valued, it's necessary. 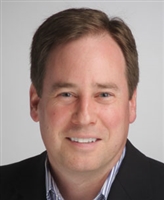 McConnell, who was a philosophy major at Whitman, is founder and CEO of Construx Software, a Bellevue-based firm that provides consulting and training to software development organizations. A nationally recognized thought leader, McConnell wrote "Code Complete," the software development industry's all-time bestselling book. He is also past chair of the IEEE Computer Society's Professional and Educational Activities Board, where he influenced curriculum and professional standards for the technology and engineering fields.

According to the report "Robot-Ready" by researchers at Strada Education Network and Emsi, a labor market analytics firm, human skills - such as critical thinking, problem-solving, teamwork, leadership and communication - are among the most in-demand skills by employers, including those in the technology sector.

"People coming from a liberal arts program who possess good human skills that translate to a variety of jobs are appealing because they are already good thinkers, and can be trained vertically on say, social media or programming," said Rob Sentz, one of the authors of the report, in an article published by EdSurge.

The 2018 report's researchers claimed that liberal arts graduates make up a larger percentage of the tech workforce than technical graduates - pointing to LinkedIn data that estimates that between 2010 and 2013, the growth of liberal arts majors entering the technology industry from undergrad outpaced that of computer science and engineering majors by 10%.

"Companies are looking for intellectual dexterity just as much as they need technical expertise," the report stated.

The report also recommended that liberal arts students further increase their marketability in the high-tech industry by complementing their human skills with technical skills. Kanupria Sanu '17, an economics-mathematics major, said she was able to do just that at Whitman - combining technical training in mathematics, computer science and statistics with the soft skills she gained in humanities and social sciences courses.

"The technical skills are useful as an entry point," she said. "But to really accelerate and ascend in this field, you need to have those crucial communication and critical thinking skills." 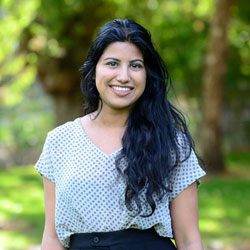 Sanu began building her technology career in Silicon Valley two years ago as a business analyst for Sephora, the global cosmetics retailer. She recently advanced into a new data scientist position at ThirdLove, a near-billion-dollar lingerie startup founded by a former Google executive. The e-commerce company developed image-recognition technology that uses a smartphone camera to digitally fit customers. Sanu combines her critical thinking and analytical skills with her technical training to inform marketing and product strategy.

"To succeed in data-centric roles, you have to elevate yourself beyond providing numbers," Sanu said. "That's where a liberal arts degree has incredible valuable. You need to analyze the data and then level that up to provide strategic recommendations and thought partnership for the business."

"What we are really doing here is trying to teach students to be creative and inquisitive with strong self-teaching and self-learning skills," said Stratton, chair of the Computer Science Department. "We want them to be able to ask questions and to make judgements that go beyond the technical."

A major component of the computer science program is developing students' understanding of the human side of technology. Students learn to make these connections through Whitman's core humanities and liberal arts requirements. They also take courses like CS 267: Human-Computer Interaction. Taught by Associate Professor Janet Davis, the course focuses on the societal and cognitive psychology aspects of software development.

The computer science major first became available to Whitman students in 2017-18. In May 2019, the program graduated its first cohort of 11 students, some of whom have gone on to jobs at Amazon and the YouTube division at Google. Interest in the computer science program is growing, with 18 seniors this year and 27 declared majors so far in the Class of 2021.

All computer science majors complete a senior capstone project. For many projects, teams of students work with clients from the community or campus organizations to design a technical solution to a real-life problem. For instance, capstone teams recently developed a new registration and scheduling system for organizers of Walla Walla Great Explorations, an annual STEM conference for middle school girls held at Whitman.

"Yes, companies need skilled software developers, but some of the most valued professionals are the ones who not only understand the technical requirements, but who can also put themselves in a client's shoes," Stratton said.

Tywen Kelly '18 works at Pixvana, a Seattle-based startup that develops virtual reality cloud software. Kelly said the communication and writing skills he gained while studying film and media studies at Whitman have been critical in his role as a liaison between the firm's clients and technical teams. 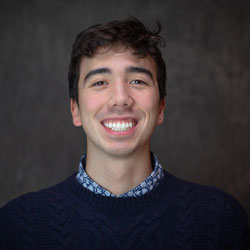 "I think my ability to write and communicate with the software engineers on the team is incredibly valuable," he said.

"In general, the tech industry needs more writers, more systems thinkers - people who can think outside the box, and not necessarily engineers," he said. "I think there are a lot of vocational programs that are pumping out very qualified makers, but we need people who can think more about the broader implications. We need more Whitman students, more liberal arts majors, to help balance that out."