As a high school senior, Calder Hughes was pretty sure he wanted to be an engineer. But he also knew that he wanted more out of his education than traditional engineering programs typically provided.

While exploring college campuses, he realized he liked the feel of what liberal arts colleges provided. That's when a counselor told him about 3-2 Engineering programs, which allow students to attend both a liberal arts college and an engineering school. The Portland, Oregon, native decided to only apply to schools that offered them. 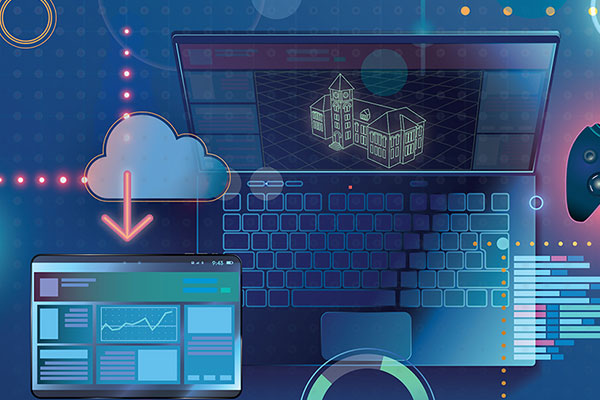 "I wanted to do the exploration that was allowed by liberal arts, but still come out with a technical degree," said Hughes, who graduated from Whitman in 2004. "I liked that I had all these options. I wasn't locked into engineering right out of high school. I had some idea what I wanted at age 18 - but I also had a sense that I was 18, and there was a lot more I didn't know about yet."

Physics Professor Fred Moore knows many prospective students are in the same place that Hughes was when he entered the program in 1999.

"Very few students know with complete certainty what type of engineer they want to be," said Moore, who serves as advisor for Whitman's 3-2 Engineering program. "The 3-2 program is excellent for folks who think they may want to do engineering, but maybe they want to do a biology major. They know they want science, but maybe not what science."

In the nearly 70 years Whitman's 3-2 Engineering program has been in place, more than 200 students have completed the program, which includes three full years at Whitman College, and then an additional two years at a partner engineering school. The student finishes with two complete bachelor degrees - one from each institution.

After three years at Whitman studying mathematics and physics, Hughes transferred to Columbia University in New York City and earned a bachelor's in mechanical engineering.

Each spring, five to six Whitman students will leave as juniors to finish the program at either Columbia, Washington University in St. Louis (WashU), the University of Washington, or the California Institute of Technology - a 50% increase from a few years ago, Moore said.

In addition to letting students study outside of STEM fields, Whitman's 3-2 program gives students the time to pursue outside interests, such as athletics. That's more difficult to achieve at a strictly engineering-focused college.

It's what drew KC Cook '20 to the program. By attending Whitman, Cook was able to walk on to the Blues basketball team.

"Both of my sisters went to small liberal arts schools," said Cook, who knew she wanted to study engineering. "I knew I wanted a well-rounded education. I knew early on that I eventually wanted to get into engineering; I thought it was a pretty good compromise to get two degrees out of it."

Cook personalized her experience even more. Also a Portland, Oregon, native, she turned her program into a 4-3: She spent four years at Whitman before transferring to WashU, and is taking advantage of a discounted extra year to earn a master's degree. Cook started as a member of the Class of 2018, and walked in that commencement ceremony, but she'll officially earn her bachelor's degree in physics, pre-engineering, with a minor in Spanish and mathematics this spring, when she finishes her program at WashU. From there she'll also have a bachelor's in mechanical engineering and a master's in engineering management.

Whitman's partner schools see the benefit of a liberal arts foundation for engineers. WashU has run its dual-degree program for 45 years, and graduated more than 1,800 students.

"We have found the value our liberal arts students bring to the engineering community is really incredible," said Ron Laue, senior assistant dean for the Engineering Dual Degree Program at WashU's McKelvy School of Engineering. "One of the reasons that we continue to value the program is because we see the assets that these students bring with them - communication skills, lateral thinking, problem solving, the ability to write. All of those are values of a liberal arts education. When they combine that with the problem-solving and technical skills that they get with engineering, and the qualitative skills, they really are in a great position."

Hughes said his fellow 3-2 students at Columbia had more mathematics and physics skills than their traditionally educated counterparts. While Columbia students were taking classes to learn the math they needed to use in their engineering classes, the liberal arts students already had the skills and could apply them.

"We'd had so much more math and physics at that point," he said. "The 3-2 program really prepares you to go into that engineering school." 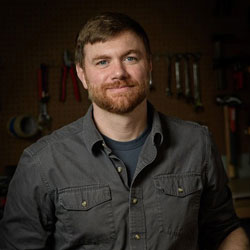 After graduating from Columbia and Whitman, Hughes took a job as an engineer at Insitu in Bingen, Washington, working on unmanned aircraft. In 2014 he earned a master's degree in mechanical engineering and product design methodology from Stanford University. Now he's the president at FlightHouse Engineering, a company he started with a colleague that offers consulting services for companies developing unmanned aircraft.

"The fact that I did creative writing classes, and I did take these other disciplines definitely made it a lot easier to interact with other parts of the businesses I was in, and to do other things than just the engineering work," he said. "Basic engineering curriculum doesn't really include things like public speaking. Having those skillsets behind the engineering allowed me to branch out a little bit more beyond just technical roles."

After graduating this spring, Cook hopes to work at an engineering firm. But she also hopes to bridge the passion for social justice she built at Whitman with her interest in engineering.

For Hughes, the selling point of Whitman's 3-2 program is Whitman itself.

"For me, coming to Whitman, that's what I think of as my college experience. It was so rich and so much fun. Going to Columbia was kind of like going to a job," he said. "I got to have that really rich undergrad liberal arts college experience, and I still got to get out of it with a technical degree in a field I was excited about working in.

"I think for people looking for more of that undergrad experience and traditional college experience, you can definitely find that at Whitman."