The trauma of sexual assault takes its toll both physically and emotionally and, for many, it can be difficult to know where to turn for support. Thanks to a partnership with the Walla Walla YWCA, survivors in the Whitman College community have a resource to help them cope with their experiences: Sexual Assault Victim’s Advocate (SAVA) Malia Lewis. 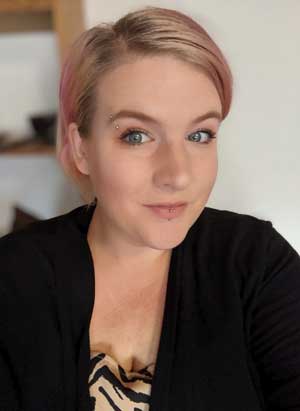 A survivor of sexual assault herself, Lewis serves the Whitman community as a confidential contact for people who have experienced sexual violence, regardless of their gender or sexualorientation. Her role also includes providing outreach, education and prevention services.

The partnership between the two institutions began several years ago when Chuck Cleveland, then dean of students, contacted Anne-Marie Zell Schwerin ’85, the executive director of the Walla Walla YWCA, to discuss how the organization could support assault survivors at Whitman. That initial meeting started a conversation about the role a victim’s advocate would play.

“It was a really constructive process because there was a committee in place at the college that involved not only administrative and faculty leaders, but some students as well—and that was essential in my mind,” says Zell Schwerin.

Although the YWCA has served survivors from all of Walla Walla’s colleges over the years, the SAVA role is a unique crossover: a community-based advocate with an office on Whitman’s campus.

“I believe that adds a lot of credibility to the position,” says Zell Schwerin, explaining that Lewis’s on-site presence allows students to see and get to know her. But because Lewis works for the YWCA rather than Whitman, she is not a Title IX mandatory reporter and thus, Zell Schwerin says, “has the confidentiality and privilege protections that community-based advocates have under Washington state law.”

That confidentiality is crucial to making victims feel comfortable coming to Lewis, whose advocacy takes many shapes, from providing individual and group counseling services to helping survivors navigate medical and legal processes, if they choose to engage with those systems.

And, Lewis stresses, those choices are entirely up to the individual. Her job is to support victims in whatever way they decide they need.

“I am absolutely not here to judge anyone. That’s not my role,” Lewis says. “I am here to help collaborate and create a way that feels safer for you following whatever the experience was, and to demystify some of the cultural mythology around consent and sexual assault and the ways we harm one another.”