Whitman College's campus center bears his name. So does a need-based scholarship supporting several students annually. A town-gown award was renamed in his honor. Those who stroll between campus and downtown Walla Walla cross a city-owned footbridge with his moniker. But the community bestowed him with an informal designation that perhaps best fits R. R. "Pete" Reid '49, who went on to devote his career to his alma mater: Mr. Whitman.

"For more than half of Whitman's 135-year history, Pete Reid was one of the college's most beloved figures. As a student in the 1940s, an all-purpose staff member in the 1950s and a senior financial officer for more than 50 years, Pete became Mr. Whitman for students, alumni and townspeople," said Whitman President Emeritus Robert Skotheim (1975-1988). Fellow Whitman president "Stephen Penrose was admired for more than five decades and Chester Maxey was respected for six decades. Pete Reid was loved for seven decades" and "became a father figure to generations as well as to his own family."

Reid proved so invaluable to Whitman that his first attempt to retire in 1990 resulted in a part-time job at the request of then-president David Maxwell.

Reid, 93, died from complications of cancer on April 9 at Washington Odd Fellows Home on Boyer Avenue, directly across the street from the house in which he and his wife, Hedda Jorgenson Reid '49, who survives him, raised their family. Other survivors include sons James '73, Thomas '80, Daniel and William; 12 grandchildren, including Curtis '10 (son of James) and Maggie '10 (daughter of Thomas); and four great-grandchildren. 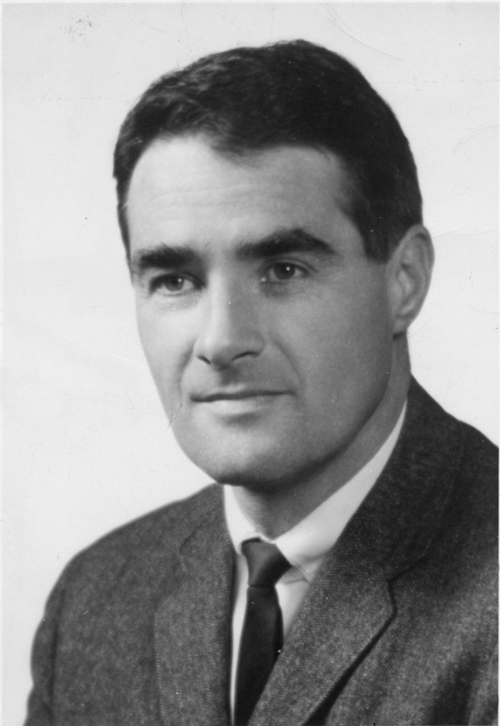 Reid worked at Whitman longer than anyone in the college's history, and examples of his devotion abound. When he graduated with a degree in economics and business, the college had an endowment of $1 million and about a dozen buildings, said Peter Harvey '84, treasurer and chief financial officer. Today, the endowment is almost $500 million and there are approximately 50 buildings. "Pete was instrumental in this extraordinary growth," Harvey said.

Reid bettered the big picture of Whitman partly by attending to salient details. He picked up the phone at midnight to solve plumbing problems. And Reid answered more personal calls, as Celia Weller, professor emerita of Spanish, explained: "I came to Whitman in 1969 at age 26, single, just out of graduate school, and hired in a tenure-track position. After a year, I wanted to buy a house. Knowing that Pete knew everything about real estate and the histories of Walla Walla homes, I asked for advice. Not only did Pete give it, he actually went with me to look at houses, poking around basements, checking plumbing and electric. When I decided on a house that I loved and could afford, I applied for a mortgage at a non-local lending institution but was told actuarial tables indicated that a single woman of my age could not be trusted with a mortgage (even though I had no debts, a permanent job and a sizable down payment). When Pete heard this, he took me to a local lender, and on Pete's testimony, I was issued a mortgage. Our family still lives happily in that house."

"There are lots of Pete Reid stories, but they almost always come back to this set of characteristics," remembered Bob Withycombe, professor emeritus of rhetoric and film studies. "In the 37 years that I knew Pete, I never saw him stressed out. He was always calm, sophisticated, compassionate, and seemed more worried about others than himself. In one story, a student who was deep in a personal financial crisis visited Pete in his Memorial Building office. Pete patiently listened to his story, and then turned his chair around, opened the college safe, took out some bills, and gave the student the cash he needed to get by. There was no written agreement, just a simple understanding between a person in need and a bighearted person who wanted to help."

Service began early for him. Born in 1923 and growing up in Spokane—where his family had moved upon the failure of his banker father's firm in Harrington, Washington, before the Depression—Reid took up scouting and advanced to an Eagle Scout. After graduating from Lewis and Clark High School in 1941 and working for a year, he enrolled at the University of Washington and enlisted in the Naval Aviation V5 program. In late 1942, he entered the Navy and trained in radio radar in the U.S. and the Central Pacific before earning enough discharge points. Reid enrolled at Whitman in 1946 and became president of Phi Delta Theta, whose mission includes fulfilling potential and furthering rectitude—and he influenced generations of his fraternity brothers as chapter adviser after graduating. Reid also was elected student body president for his senior year.

Whitman administrators recognized Reid's talents and hired him upon graduation in the offices of career services and admission. He and Hedda—Whitman Homecoming king and queen—married six months after graduation. Soon he became assistant business manager and, three years later, business manager. Reid was treasurer and chief financial officer from 1966 to 1990. His "failed" first retirement led to part-time work as special assistant to the president. He retired definitively in 2009, overseeing Whitman's 15 farms, among other responsibilities.

But Reid kept giving back, continued to pitch in. "Pete visited me on the third floor of Memorial shortly after my arrival at Whitman, offering warm words of welcome and encouragement. He stopped by often, always with a smile and a hug and kiss," said Whitman President Kathleen Murray, who became the 14th leader of the college in 2015. "His love for Whitman was infectious, and the warmth he exuded always brightened my day."

Over the course of his venerable career, Reid embraced his role as "Mr. Whitman" by also working in alumni relations and on fundraising. "I feel quite a closeness and involvement with this community," he told 55 Plus, a supplement to the Walla Walla Union-Bulletin, in February 1992. "I feel satisfaction that I've helped bridge a gap between the community and Whitman College. I've enjoyed being a liaison." 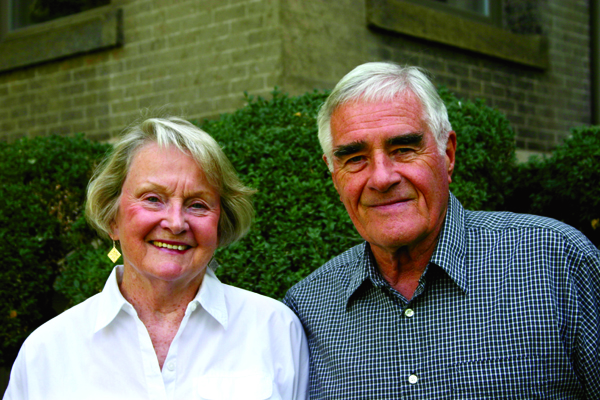 He relished outreach as much as another passion, skiing. Reid was on the boards of the National Association of College and University Business Officers (as president) and, in the community, of United Way, American Red Cross, Sherwood Trust, and banks, hospitals and city committees. He devoted himself to his local church, the Boy Scouts, Friends of Children of Walla Walla, Rotary Club and YMCA. In 1984, the Chamber of Commerce presented him with its Award of Merit. In 2015, the city of Walla Walla declared a Pete Reid Day.

Whitman lauded his efforts several times. In 1975, he received the annual Town-Gown Award for advancing the college's ties to the area. Whitman renamed it the Pete and Hedda Reid Service to Walla Walla Award with his permanent retirement in 2009. At his initial retirement in 1990, more than 200 gifts from classmates, family and friends established the Pete and Hedda Reid Scholarship endowment. There's also a Pete Reid Award for Young Alumni. His name adorns the campus center, completed in 2001. In 2016, Reid garnered the Alumni Association's highest honor, the Alumnus of Merit Award.

"Pete Reid is the archetype of a Whitman graduate. He pursued his work at Whitman with passion and excellence, built bridges in the Walla Walla community and was unwaveringly positive, even in challenging times," said John Bogley '85, vice president for development and alumni relations for the college. "Whitman is profoundly better off thanks to his contributions."

Whitman President Emeritus Tom Cronin (1993-2005) put it this way: "Thinking about Whitman College without Pete Reid is like thinking about the campus without Ankeny Field, Boyer Avenue and the Reid Center. For 70 years, Pete Reid was an invaluable mentor, counselor and friend to presidents, trustees and everyone in the larger Whitman community. He taught all of us what love, loyalty and leadership were all about when it came to this very special place of learning."

Chair Emeritus of the Board of Trustees John Stanton '77 said his fondest memory of Reid occurred in 1975. "I led the Associated Students of Whitman College and we held a concert at Cordiner with the jazz saxophonist Stanley Turrentine. We were supposed to pay his fee, about $10,000, out of proceeds from the concert, but attendance was so low that we had no hope of coming up with the money. Out of desperation, I called Pete at home. He walked to campus, and we talked for a long time. At the end of the conversation, he gave us the money we needed. I learned more from that conversation about business than I learned in grad school or 38 years of work. And Pete kept a poster of the concert in his Memorial office for as long as he worked there."

Murray concluded: "It's difficult to imagine this place without Pete Reid around."

Shortly after his passing, the Reid family celebrated his life in Cordiner Hall. Four Whitman presidents attended with several hundred others.