Nearly 200 students presented at the Whitman Undergraduate Conference in April, covering a wide range of topics from critical interpretations of the environment in video games to policy and activism surrounding marijuana legalization, and from quantum entanglement to the ethics of eating meat.

“The overarching aim of the conference is to celebrate collectively the scholarship, intellectual energy and creativity of Whitman’s students,” said Director of Fellowships and Grants Keith Raether.

The annual conference gives students the opportunity to showcase their academic work—whether it derives from their senior theses, their classroom studies, or their internship or study abroad opportunities.

Samantha Grainger-Shuba ’16, a rhetoric major and one of four presenters on the Women and Discrimination panel, gave a presentation titled “The Evolution of Title IX.”

“I decided to participate... to get leadership experience and share research that I have been working on for the past year,” Grainger-Shuba said. 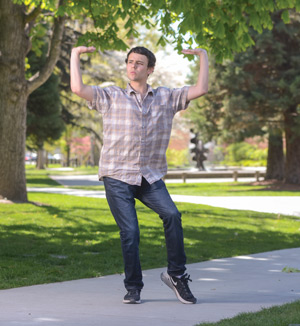 After Whitman: I am going to work like a dog for several months and then take some time to travel and see what I’ve been missing.

What is your speech about?

Why were you chosen to speak at Commencement?

I do not know because there were lots of good speeches. I was one of three dudes named Sam who “tried out” for the speech, and I was the last of these Sams to give the speech, which I think earned me a lucky advantage.

Why did you choose to attend Whitman?

It wasn’t on the other side of the country, but it also wasn’t smack-dab in the middle of my Portland. It put a hearty buffer zone between my parents and me but I could still go home for Thanksgiving.

What will you miss most about Whitman?

I will miss the lively energy and all the opportunities that this undergraduate community offers.

What will you miss least about Whitman?

I won’t miss writing five-page papers. I would rather do almost anything than write another five-page paper. Five pages is simply the worst, most miserable length for a paper. 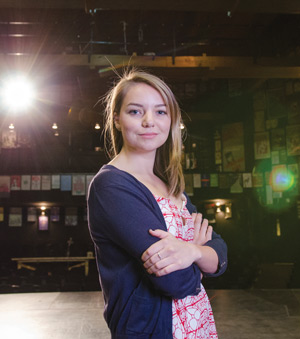 After Whitman: I’ll be spending time at home in Southern California and in New York City this summer to logistically plan my project. After the Watson, I’ll pursue theater professionally, moving wherever opportunity strikes.

Why theater as a means to heal?

I wanted to understand how storytelling through theater is utilized to give voices to people who have been silenced for so long.

What will you miss most about Whitman?

The people I have found here who give me the strength and inspiration to pursue projects like this one. And the sunsets.

What will you miss least about Whitman?

What frightens you most about your Watson journey?

What excites you the most about your Watson journey?

Being completely self-reliant and witnessing the strength of refugees and theater makers alike.

For her Watson Fellowship, Davidson will travel to refugee camps and resettlement communities in Italy, Jordan, Myanmar and Australia for a year examining how theater can help aid the emotional recovery of refugees. 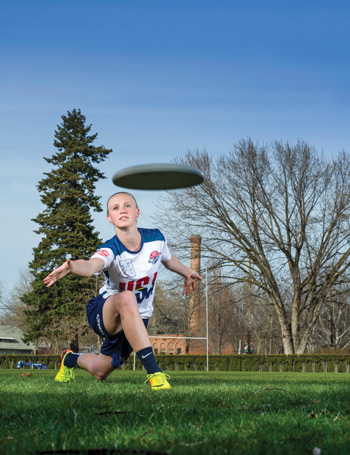 Claire Revere ’17 will compete for Team USA at the World Flying Disc Federations Ultimate Championships, held in London, England, July 12-18. While Revere was chosen for the U23 mixed team, a coed group, she is a member of Whitman’s all-women Ultimate Frisbee team, the Sweets, which in 2014 advanced to the Division I National College Championships.