Whenever Dr. George Birchfield ’80 has a student shadow him, he starts with one question: Why do you want to be a physician? 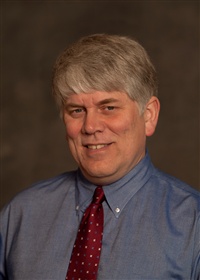 It’s not deep knowledge of science that makes a great doctor, said Birchfield, who has practiced medicine in the Seattle area for 27 years. It’s much simpler.

“The most important quality of being a good physician is listening. If you are a good listener, then you have the best chance to be an effective communicator,” he said.

Good communication — from working with patients to how he works with his staff — makes Birchfield popular with Whitman College students interested in the medical professional. In the past year, Birchfield has worked with about 10 Whitman students.

Director of Health Professions Advising Kimberly Mueller is in her fourth year as a dedicated adviser for students interested in a pre-health track at Whitman. In addition to advising, she teaches courses and organizes guest lecturers as part of a health speakers series — and she works with students to find their area of interest inside the broad health industry.

“There is a whole world of medicine out there that is undiscovered,” Mueller said. “Getting students to have greater exposure to some of these fields — beyond surgery and pediatrics and the more popular areas — is really valuable. Sometimes finding out what you don’t want to do is equally as important as finding out what you do want.”

As a first-year student at Whitman, Nikki Delgado ’20 was determined to be an oncologist. Born in the Philippines, Delgado had an interest in medicine from a young age, and she became particularly interested in oncology when her grandmother was diagnosed with cancer. Mueller helped connect Delgado with the opportunity to shadow Birchfield and see what the practice was like up close. “He was willing to talk with me about anything. I could tell he’s passionate about medicine and working with patients, and I loved that,” said Delgado, who is now in her junior year at Whitman. “After I shadowed him, I thought there were some parts of oncology that were appealing. But I’ve always loved working with kids, and while I would love working in oncology, I started to consider moving into a field that works more with children.”

Delgado declared a major in psychology and now hopes to study neurology or psychiatry after graduating in 2020. She spent the summer participating in the Summer Health Professions Education Program at the University of Washington in Seattle, learning more about the medical field and shadowing a neurologist.

Preparing for a Shadow

At Whitman, Mueller recommends students get a minimum of 40 hours of shadowing experience by graduation. Birchfield has students follow him for two days, and they get the chance to talk with multiple members of his team.

“The shadowers spend time with me seeing patients, they spend time with the nurse practitioner seeing patients. They spend time with the office manager and the head nurse, learning the administrative aspects of medicine,” said Birchfield, who begins a new position at Evergreen Hospice in Kirkland, Washington, in October after working for many years at Swedish Cancer Institute in Edmonds, Washington. “I always tell the students, ‘This is a team effort. I might be the lead person, but my treatment center nurses, my scheduler — the patients often spend way more time with those people than me.’”

To prepare students to shadow, Mueller teaches classes that covers health care regulations, such as HIPAA and bloodborne pathogen safety, and coaches students on observation and reflection.

“We want to make sure that the students really are ready to go out and shadow,” Mueller said. “We encourage students to keep a journal. That helps later on when they apply to medical school, then they have a body of work they can refer to for their applications.”

Mueller is working to build a portfolio of medical professionals in a variety of fields who are willing to have Whitman students come shadow them, particularly alumni. Having shadow options available over a wide geographic region also helps her connect students with shadow opportunities in their hometown that they can participate in over breaks.

Shadowing an alumnus who could talk about the value of the Whitman experience and how it transitions to medical school was helpful, Delgado said. The alumni connection can make reaching out to a physician less intimidating for students, Birchfield said. “It’s harder to reach out to somebody you don’t have a connection with,” he said.

The students aren’t the only ones who benefit from a shadowing experience. Birch-field says he gets a lot of out it, too.

“If I hadn’t gone to medical school, I was going to be a professor,” he said. “I love to teach, because you get to learn a lot when you teach. The students ask a lot of questions. It’s nice to be around them. They’re all enthusiastic and interested. It reminds you of why you went into the profession.”

If you work in the medical profession and are interested in having Whitman students shadow you, contact Director of Health Professions Advising Kimberly Mueller at muelleka@whitman.edu or 509-527-5766.