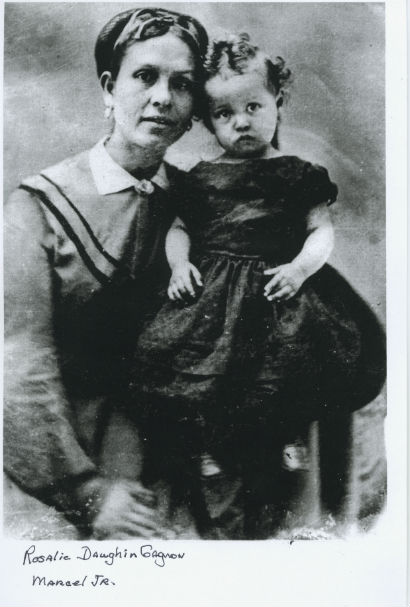 It started with a search for untranslated historical documents that would make for an engaging class—showing students that French isn't a language confined to Europe, but a part of the history of communities in the Pacific Northwest.

Four years and hundreds of hours of research later, Associate Professor of French Sarah Hurlburt '91 and her students are still investigating the history of Walla Walla's Frenchtown, a mixed community of French-Canadian and indigenous families that was established near the Walla Walla River around 1824.

The 27-acre historic site, which includes the site of the 1855 Battle of Walla Walla, is just a 15-minute drive from campus.

"Working in the field is almost inherently more intellectually stimulating and it fosters a really valuable personal connection to what you're researching," said history major Nicki Day-Lucore '18. "When you can not only discover totally new things, but also have that specific connection to a time and place, it's really special."

This past summer, Nicki and twin sister Jessie Day-Lucore '18, another history major, took on a new project funded by the Jim Soden Faculty-Student Research Endowment and the Rondeau Evans Estate Endowment: researching the biographies of the French-Canadian, Native and métis (or mixed race) women buried in the town's Catholic cemetery.

The history of Frenchtown has always been told in terms of the French-Canadian fur traders who settled there in the 1830s. But Frenchtown, like the Whitman Mission, was within a few miles of Pášx̣apa, the Cayuse summer village on the Walla Walla River. Researching the stories of the indigenous and métis wives and daughters of the Frenchtown community offers a counterpoint to the pioneer narrative of the west as an uninhabited land ripe for settlement. The mixed-race community that preexisted the Whitman Mission's presence is a "complex story of trade and intermarriage, not of conquest," Hurlburt explained.

"Women like Suzanne Cayuse Dauphin (pictured below) and Pauline Walla Walla Raymond were not orphan girls married to French-Canadian men—in Frenchtown, they were living next door to their extended family, in the form of the tribes." 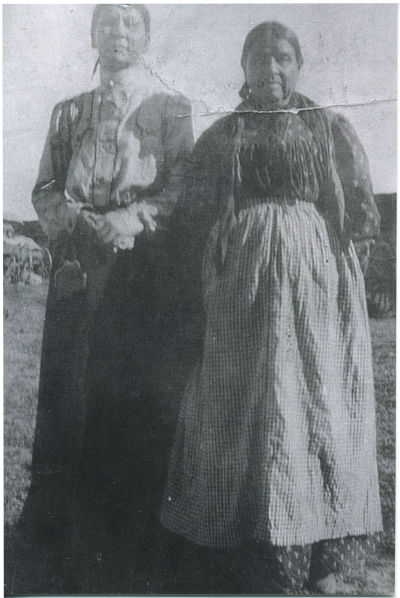 To build biographies of the women of Frenchtown, Jessie and Nicki delved into census and land records, parish records and the occasional photo, in an attempt to diversify the historical understanding of the community and create a new public history.

Questions of identity intrigued Nicki—the mixture of Catholic and Native American religious beliefs, as well as the intermarriage between French-Canadian, métis and Native residents. Even on slow days, there was a clear sense of contributing to a bigger picture.

For Jessie, having the site in town was important to the experience, making "the whole project feel less clinical or detached. We met descendants of Frenchtown families, we saw the places they lived, we helped produce signage that would be installed."

That signage was presented in October at the annual Frenchtown Rendezvous and will also be posted at the Frenchtown Historic Site. It includes biographies and photographs of many of the women buried there, highlighting the many combinations of intermarriage and mixed race families present in Frenchtown.

According to Hurlburt, "the research that the students were working on this summer does more than just deepen our understanding of the Frenchtown community. It's an act of public history."