“Piers Plowman” is a 14th century Middle English poem that chronicles a quest for salvation. Among its 7,000 lines, readers find provocative questions about religion, politics, truth and charity.

It’s a poem to get lost in — or, as Mary Raschko did — to find direction.

“It’s a poem about searching for truth. The author revised it three different times, so we’re studying three different versions of the same poem. It was so provocative to people reading it at the time that the scribes copying it changed it more often than any other poem, because they were so into it,” she said.

As an associate professor focusing on medieval literature in the Department of English at Whitman College, Raschko has dedicated much of her scholarship to studying “Piers Plowman” and similar religious-based texts. She’s one of about 100 scholars around the world who is entranced with the depth and complexity of the work, which is attributed to William Langland. 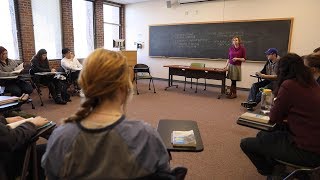 “It is a poem to spend your life with. A lot of medievalists don’t — some of us love it because it is still so ambiguous, and some of us stay away from it because it’s so hard to make sense of,” she said.

Originally from Mount Vernon, Washington, Raschko earned her doctorate in medieval English literature from the University of North Carolina at Chapel Hill. She came to Whitman in 2014 from Mercer University in Macon, Georgia.

At Whitman, she teaches medieval literature classes, mostly concentrating on the works of poet and author Geoffrey Chaucer of “The Canterbury Tales.” She also teaches the college’s first-year program, Encounters, a text-based course that emphasizes close reading and critical discussion.

“I like the small environment at Whitman because I have the opportunity to teach in my discipline and also stretch out of my discipline. It’s a great place for me to grow along with my students but also pursue the subject that I love so much,” she said. “At a bigger institution, faculty members may have less opportunity to grow because you’re needed so much in your one area of expertise.”

Making sense of medieval texts and finding ways to apply them to modern questions is something Raschko strives to do not only in her scholarly work, but also in the classroom.

“Faith is important to me personally, but in a seeking way and that dovetails with my life as a scholar,” she said. “I’ve always wanted to ask big questions about God and ways of living in the world. I think that my research in particular, and sometimes my teaching, reflects that I’m really interested in how ideas about God get translated into communal life. The poem is always asking, ‘What does it mean to live well or do well?’ Philosophically that’s something I’m interested in. What is a ‘just’ community?”

She explored those questions in her book “The Politics of Middle English Parables” (Manchester University Press, 2019) and continues to build on that work by helping her students understand the ways that ancient parables can be applied to modern life.

“If there’s a biblical story about charity, what kinds of questions does it raise? To whom do you have to give? Should you give indiscriminately, or does it matter if someone is working or not working?” Raschko said. “These medieval debates resonate with modern ones about whether people should get welfare, and what they should have to do to receive it.” 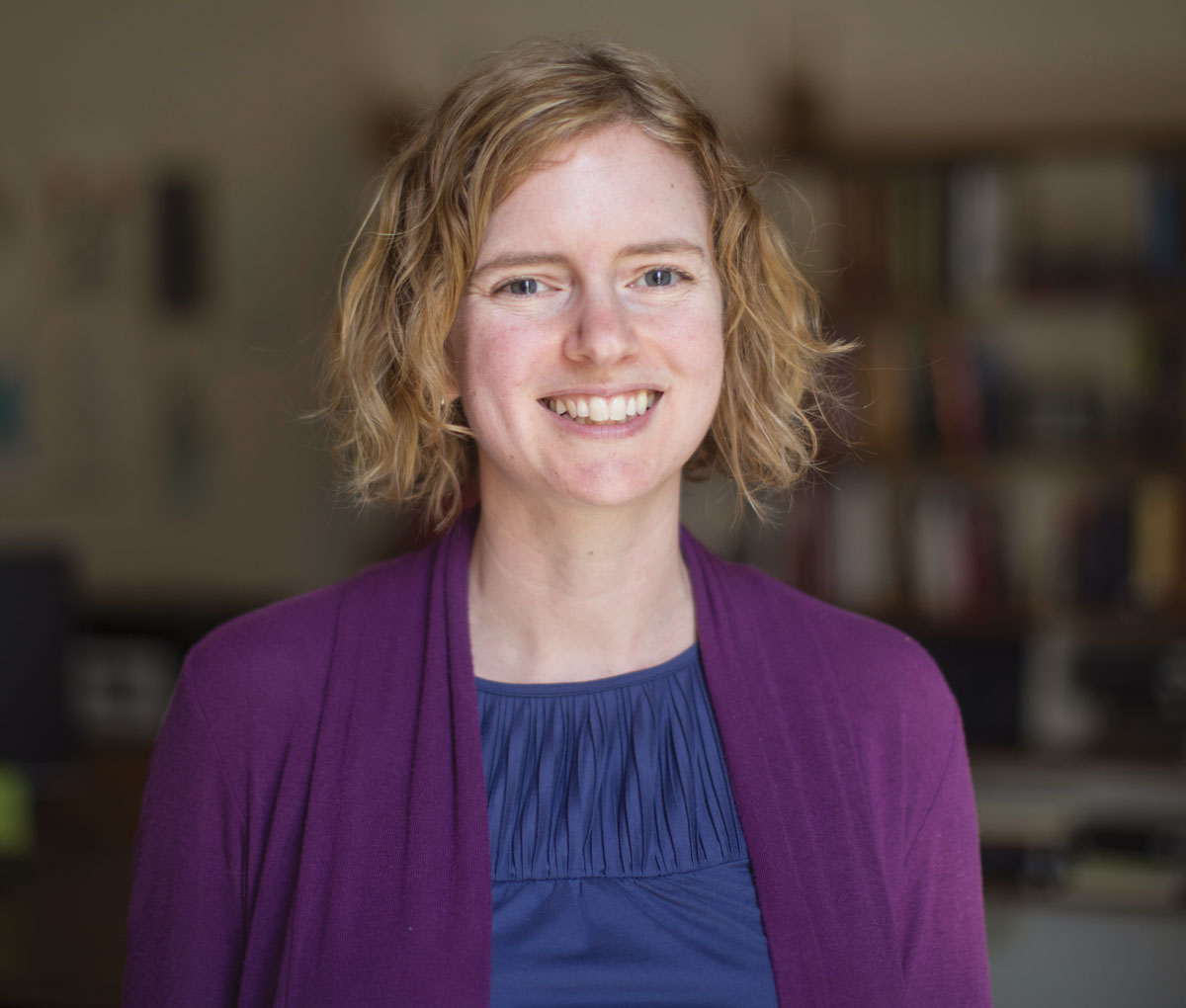 Medieval literature can be a difficult topic to get students interested in, as it requires the willingness to learn how to read English in an entirely new way. But those who undertake it often are surprised by how attached they become to the works, such as when Raschko teaches Chaucer’s epic poem “Troilus and Criseyde.”

“Students are always surprised how emotionally attached they are to the characters, and how wrapped up they get in the dilemmas of their love affair. The characters talk about love in a way that is very understandable to a 19-year-old, particularly about a love that isn’t going to work out, or the pain of unrequited love,” she said. “There’s this evolution from thinking the text is inaccessible to a surprisingly deep attachment to the material. That’s just honestly what comes out of the text. My job is to enable them to be able to read it.”

Like the subjects in “Piers Plowman” and works by Chaucer, students are on a journey to discover truths about themselves and the world. The critical thinking and writing skills they develop studying medieval works strengthens their path, Raschko said.

“People always talk about how we have this rapidly changing economy. You can’t predict what jobs will be available,” she said. “But people also evolve throughout their lives, so you can’t predict what will be meaningful to you. Liberal arts colleges do a really good job of helping you be a dynamic person all the time.”

Seattle-Area Neighbors and Whitties Take on the Pandemic Together