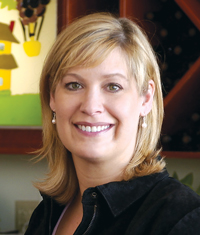 Kim Flerchinger Bolander graduated from Whitman in 1987 as the college’s all-time leading scorer for women’s basketball with 1,251 career points and 565 rebounds. She earned the 1987 Mignon Borleske Trophy, which is given to the college’s top female athlete. A member of the All-Northwest Conference First Team her junior and senior seasons, Bolander ranks No. 5 on Whitman’s career scoring list.

Enjoying her best season as a junior – Whitman woman’s first year in the present-day NWC – Bolander scored a remarkable 505 points, averaged 21 points per game (third in the conference), shot an incredible 51.2 percent from the floor and averaged 7.3 rebounds per game.

She kicked off her senior year with a bang, scoring 37 points and setting Whitman’s single-game scoring record in the opener at La Grande. She went on to average 15.8 points and 6.6 rebounds per game in her final season. “Kim was always working to make herself a better player, and that devotion rubbed off on her teammates,” Coach John Wilcox said. She was a pleasure to coach.”

The mother of two grown sons, Bolander makes her home in the Walla Walla area, where she works as the national/international sales manager for L’Ecole No 41 Winery. She’s also a member of the Washington Wine Commission export committee. 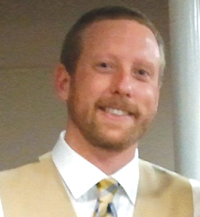 Tucker Jackson graduated in 2001 as the best freestyle sprinter in the history of Whitman swimming, a title he held for a decade. Whitman’s only four-time Northwest Conference swim champion, Jackson held school records in the 50-yard and 100-yard freestyle events for more than 10 years.

Jackson received the 2001 R.V. Borleske Trophy, given annually to the most outstanding male athlete. He was only the third swimmer to earn this award, which has been given since 1937.

Head Swimming Coach Jenn Blomme coached Jackson his senior season and described him as a “fierce competitor and amazing athlete.” Blomme said the senior captain’s “enthusiasm and positive spirit were an inspiration for the entire team.” 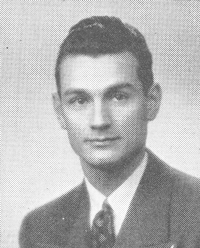 Following a three-year stint serving in the U.S. military during World War II, Bobby Rhay captained the Whitman track and field team to the 1946 Northwest Conference championship by tying his conference record to win the 440-yard sprint and anchoring the mile relay. Rhay topped off his senior season at Whitman by winning the 1946 R.V. Borleske Trophy.

Before enlisting in the Army Air Corps in August 1942, Rhay led Whitman to its fifth straight NWC track title by again winning the 440 (setting a conference record) and anchoring the winning mile relay.

As a freshman, Rhay placed second in the 440 at the NWC championship meet. Earlier that season, he ran on Whitman’s winning mile relay team at Portland’s Hill Relays, a major meet featuring two Olympians, Glen Cunningham and Don Lash.

Rhay was more than a former collegiate athlete. He was a World War II veteran who flew P-47 Thunderbolt fighter planes, logging 47 combat missions. In 1957, he became warden at the Walla Walla State Prison (the youngest in the nation at that time). He retired 20 years later as the nation’s oldest warden. He later became assistant director of the Washington Department of Corrections in Olympia and then director of corrections in Montana.

Rhay also worked as a chief investigator for Argosy Magazine’s “Court of Last Resort,” which was dedicated to upgrading the American justice system. In early 1953, he appeared on Dave Garroway’s “Today Show” with Silas Rogers, a young man freed from a life sentence based on evidence collected by the Court of Last Resort. 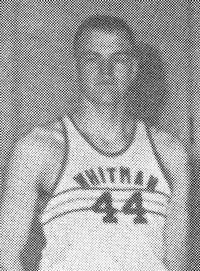 Dave Snow graduated in 1965 as Whitman’s all-time leading scorer in men’s basketball with 1,431 points. Nearly five decades later, he ranks seventh on the career scoring list, and his single-season scoring average of 27.1 points per game for his junior campaign is still a school record.

Snow, a 6-foot-4 center, was voted All-Northwest Conference First Team as a junior and senior. As a senior, Snow was also named Associated Press Small College Player of the Week for the state of Washington following a 34-point effort against Northwest Nazarene. Other career accolades included a spot on the NAIA’s All-District Team and Honorable Mention recognition on the Little All-American Team.

While a bit undersized for the center spot, Snow was hard to handle near the basket, noted then-Oregonian sports editor Al Watts. “Snow is one of the finest movers under the basket I’ve seen,” Watts wrote. “If he doesn’t make a field goal, he’s being fouled.”

Snow, who attracted comparisons during his playing days to Princeton’s Bill Bradley (NCAA Player of the Year in 1965), later earned a Ph.D. in applied psychology at the University of Washington in 1969. Snow is currently a professor of psychology and executive director of the Consultation Center at the Yale Medical School.

About Hall of Fame induction

The annual deadline for nominations is Feb. 1. Induction to the Hall of Fame will take place during Fall Reunion Weekend Sept. 27-29, 2013.

To nominate someone, please email Athletics Director Dean Snider at sniderdc@whitman.edu or fill out the form at tinyurl.com/whitmanathleticshof. Induction is based on the following criteria: