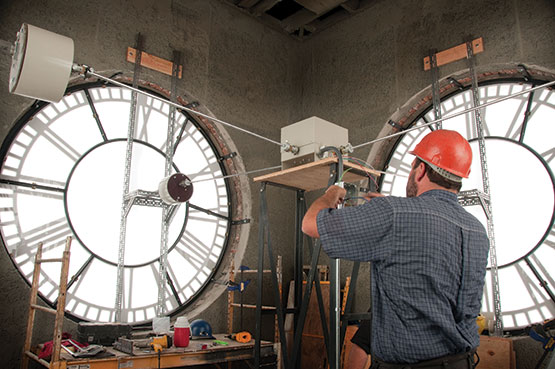 A timely comment: Phillip Fenner '78, a history major and "a bit of an engineering buff," wrote to say he would have liked to have seen the Memorial clock tower's clock mechanism in the December Whitman Magazine clock tower feature. "Original building tower clock movement mechanisms were unique and expensive in their day and designed to last a long time, and are now becoming very rare," Fenner wrote. Pictured, above, is the new clock mechanism being installed in September 2011.

"The original clock movement was installed in 1902," according to Jeff Donahue, Whitman construction project manager. "It was a Seth Thomas purchased for around $900." The clock mechanism, pictured below, is in storage on the Whitman campus. The original Seth Thomas nameplate is shown in the inset photo. The Seth Thomas clock mechanism was replaced in the 1990s by an electric Verdin movement, which has since been discarded, Donahue said. 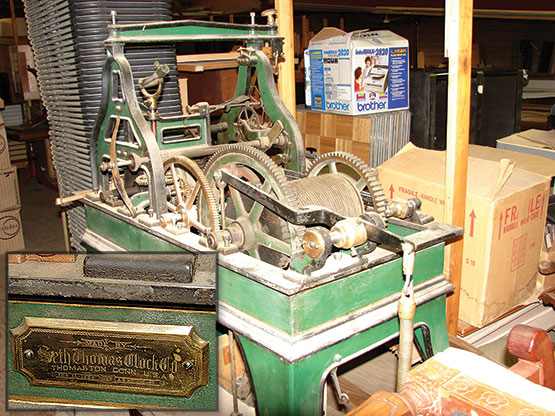