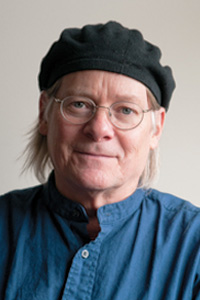 When Tom Callister came to Whitman as an assistant professor of education in 1994, he arrived to find himself a department of one. "I was chair of my department the first day."

As Callister, associate dean of the faculty, prepares to close his Whitman career July 1, his early opportunity to re-invent the education department stands out as a highlight.

"In a sense I was able to build the program the way I wanted to, which I really enjoyed." It was exhilarating. And exhausting. "I think I came to the office every day (including holidays) for the first three years."

To help him rebuild, he hired part-time faculty, including Kay Fenimore-Smith, now associate professor of education, who leaves Whitman this spring.

"We had good students, and I think we developed a really good program," Callister said, noting the irony that he witnessed both the rebirth and now the culmination of the program. The department, which still offers an education minor but not teacher certification, will cease to exist after spring semester.

"I'm not a big believer in legacies," Callister said. "I think you do the very best job you can and what happens afterward depends on the people who stay, but while we were here, I think we had a fabulous education program.

"Many education departments do a lot of 'how to,' and we really emphasized 'why.' That's the program we built. We graduated many students who went on to teach and be what I would call 'reflective teachers.' They had a sense of why they were doing what they were doing and had a really strong sense of the societal, ethical and moral aspects of teaching," he said.

“We graduated many students who went on to teach and be what I would call ‘reflective teachers.’”
— Tom Callister
associate dean of the faculty

"I hear from former students, and many still say that it's not just that they can, for instance, teach math well, but they have a good understanding that all their students are different, and they all have different needs."

"I was really fortunate to work with Tom," Fenimore-Smith said. "His leadership and guidance were invaluable for me during those early years. It was difficult to lose him as a close colleague when he became associate dean."

Callister, who earned the Robert Y. Fluno Award for Distinguished Teaching in Social Science in 2001, chaired the department until 2007. In 2004, he also took on the then-part-time position of associate dean.

Significant administration transitions, coupled with Callister's responsibility to compile the college's nearly 400-page accreditation report in 2007, changed the position to full time and brought an end to his teaching and research. Although he jokes that it doesn't count as scholarly work, "I always think of the accreditation report as my second book," Callister said.

His first book, "Watch IT: The Risky Promises and Promising Risks of New Information Technologies for Education," published in 2001, explored technology at a critical time in its evolution in education.

He feels fortunate to have been able to experience both ends of the higher education spectrum — faculty and administration. The operational end, "is a much more complicated endeavor than a lot of people realize. Someone's got to run the place. There are forms to be filled out and questions to be answered and reports to be made and committees that have to be formed and overseen," he said.

In this endeavor, Timothy Kaufman-Osborn, provost and dean of the faculty, said he "could not have asked for a better source of counsel, friendship and, sometimes, solace. Quietly but effectively, Tom Callister has provided extraordinary service to the college in his years as associate dean. He deserves the congratulations and appreciation of everyone at Whitman."

"I have tremendous respect for Tom's abilities as an administrator," Fenimore-Smith said. "He has a strong sense of ethics and a certain 'organizational savvy' that has served him well."

Those organizational skills were evident in his role as chair of the annual Whitman Undergraduate Conference Organizing Committee. During his tenure, the conference, which showcases student scholarship and creativity, grew to more than 150 participants, including some from previously unrepresented departments.

"I think the conference had its own moment-um; I can't take credit for that," he said.

While much has changed at Whitman in 17 years, including the growing national recognition for the college's academic excellence, one thing has remained constant, he said. "I think we've continued to have good students and nice students — that sort of Pacific Northwest nice. I enjoy the students a lot."

Still, "I have always believed that we should reinvent ourselves every few years. I've been pretty lucky, but I've done this almost as long as I was a kid, and that's too long," he said.

Callister's next incarnation likely will include an eventual move to Sandpoint, Idaho, where he and wife Shannon Callister, a senior analyst in academic technology at Whitman, have purchased a home. It might also involve something with schools — "just for fun, just to keep my toe in it" — and it will most definitely involve canoeing, skiing, biking, hiking, playing guitar and catching up on "about two years worth of reading."

The Callisters have two sons: Tom, who attends Carleton College, and Talbot, a high school junior.