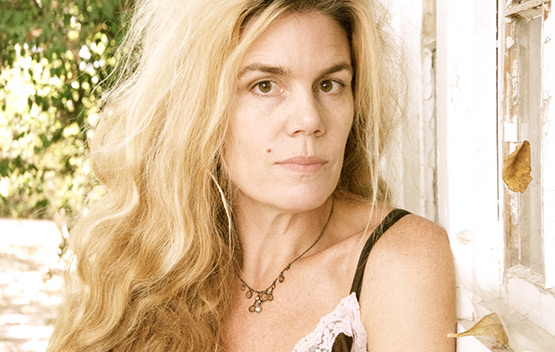 Her collection of poems is in the running for a Pulitzer Prize and other distinguished honors.

This year her collection of poems titled “Underdog” has been nominated for the National Book Award for Poetry, the American Book Award, the Kingsley Tufts Poetry Award and the Pulitzer Prize. Roberts also has secured two grants: one from Artist Trust to continue her own work and one from Humanities Washington to continue the Visiting Writers Reading Series, of which she is the director.

The University of Washington Press, which published “Underdog,” nominated Roberts for the Pulitzer Prize, as well as the $100,000 Kingsley Tufts Prize – the world’s largest monetary prize for a single collection of poetry – and other major awards.

“I’m extremely grateful to be in such esteemed company and to have been in a position at all to have been nominated,” she said.

"Working in a sustained way with students at Whitman has given me the opportunity to witness tremendous growth in young writers.”
— Katrina Roberts

And if she were to win any honor of such magnitude?

“I do think others’ perceptions of you might change dramatically with such a win, despite your still being the same writer – the day before the recognition, and the day after,” Roberts said. “Mostly, I imagine there must be an increased sense of being able to deepen into the heart of one’s work more wholly without so much anxiety; though, too, simply aging does that for a writer, simply recognizing that it’s ever-important to write hard while one’s still alive to do so.”

The $7,500 grant from Humanities Washington helps fund the Visiting Writers Reading Series (VWRS), which annually brings a series of poets and authors to campus to deliver lectures and give readings. This is the third consecutive year that the nonprofit organization has awarded a grant to Roberts for the series. Humanities Washington stipulates that programs can only receive three consecutive awards, after which point they are eligible after a two-year hiatus.

“We’re always looking for additional funding, especially with huge increases in airfare and writers/agents’ fees,” Roberts said. “The series has gained a kind of momentum, and writers have often heard about the engaged students and receptive audience they’ll have, and that’s a draw for us in bringing some pretty incredible writers to campus.”

“I try to invite writers who’ll bring a range of established and emerging voices, who work across genres, genders, etc., to enrich the Whitman and greater community by challenging and promoting discussions of humanitarian concern,” she said.

Roberts taught at a range of East Coast schools, including Harvard University and Boston University, for about 13 years before coming to Whitman College.

“I like that Whitman is a bit off the beaten track, that it’s possible to think out here under such big sky and that the pace is a bit slower than it was when I lived in a thicket of cars,” she said.

Roberts said she also has enjoyed having ongoing contact with students.

“Working in a sustained way with students at Whitman has given me the opportunity to witness tremendous growth in young writers.”

For these budding poets, she offers this advice: “The more deeply and widely one reads, the more likely one is to write interesting poems – like breathing, the inhale and the exhale. In addition, it’s crucial to be alive in the world, to live passionately, look closely, to listen; all these help.”

As for Roberts’ own writing, currently she is working on poems for a fifth collection, a lyric essay, some fiction and a few collaborations with visual artists, she said.

And she will put the grant she earned from Artist Trust toward converting a shed on her rural property into a dedicated writing space.

“There’s a tool shed off the back of our chicken coop, overlooking Caldwell Creek at the foot of our vineyard – and there I imagine diving in wholeheartedly to the longer fiction and other prose projects I’ve been sketching these last years.”