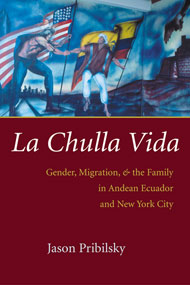 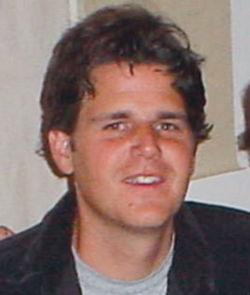 Some men from an Ecuador village of about 900 people have left their families to work thousands of miles away in New York City in factories, restaurants or as day laborers so they can send money home.

How that decision changed their lives and their family dynamics — gender and cultural roles and bonds to the community — is the focus of an award-winning book by Jason Pribilsky ’93, assistant professor of anthropology.

The book, “La Chulla Vida: Gender, Migration, and the Family in Andean Ecuador and New York,” published in 2007, recently received the Pacific Coast Council on Latin American Studies Hubert Herring Award, which honors one outstanding nonfiction book on Latin America written by a member of the association during the past two years.

Migration from the Andes has occurred for centuries, but the effects of transnational labor on individuals and communities have been largely undocumented until this book, which explores the impact of gender, generation and new forms of wealth in a single Andean community, focusing on the lives of young men and women in these two locales.

Mary Weismantel, an anthropology professor at Northwestern University in Evanston, Ill., uses Pribilsky’s book when she teaches about Latin America and views the work as an unusual find.

The book is accessible and interesting, even for those who don’t know anything about the subject, she said. But “at the same time, it’s a serious scholarly book — well-researched, full of information, and sophisticated in its use of ideas about gender, culture, migration, family and work.”

Pribilsky, who earned his doctorate in cultural anthropology with distinction from Syracuse (N.Y.) University, did first-hand research in Andes villages and in New York City for this book that he said “dispels the idea of migration being so negative.”

Long distances between husbands and wives and families — with husbands sometimes being gone for years at a time — have the expected challenges and heartache. But Pribilsky’s research on issues of transnational marriages and material consumption

in the region also shows that long distances have resulted in wives becoming more autonomous and taking on roles they normally wouldn’t, such as overseeing construction projects. The husbands, who traditionally leave financial duties to the wives, now have had to develop money-management skills.

The book also explores the cultural changes to the villages and residents when the amount of money earned in the United States raises the standard of living for Ecuadorian families.

Pribilsky said Andean villages are traditionally tight-knit with frequent reciprocity occurring between households to get needs met. But in families where husbands send money home in amounts that in Ecuador “make a much bigger splash,” neighbors’ help isn’t as necessary. As a result, the bonds between neighbors lose importance.