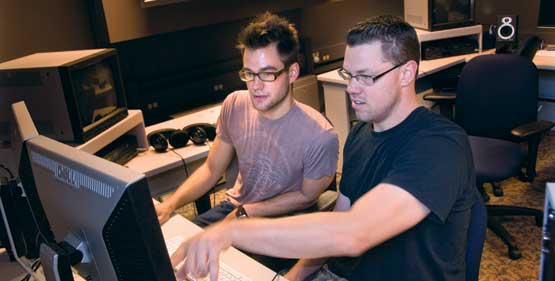 Ben Kegan ’09 received an early graduation gift when New York Magazine ranked his film, “Team Taliban,” as one of the top five short films at this spring’s Tribeca Film Festival.

Bilge Ebiri, a filmmaker and film critic for the magazine, referring to the five short films, wrote, “This is some of the most exciting filmmaking you’ll see this year.”

Kegan, a rhetoric and film studies major, filmed at locations throughout the East Coast and Midwest last summer. The resulting documentary focuses on real-life Adeel Alam, a Muslim-American wrestler on the “B” circuit who plays the role of a terrorist in the ring. Alam is a devout Muslim who is conflicted between his faith and his love of wrestling — between the image his terrorist character projects to the crowd and the image Alam wants the world to have of him.

“In Kegan’s hands, what might have been an exercise in snark becomes, instead, an incisive look at how Alam navigates his character through the weird make-believe world of pro wrestling in a post-9/11 America,” Ebiri wrote. 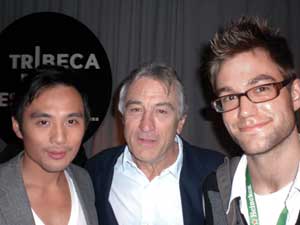 Reaction to the film has been “pretty positive,” Kegan reports. But he said the best part of the festivals has been the opportunity to connect with other filmmakers who are just as passionate as he is about this art form.

Kegan, from the Chicago area, said he decided to attend Whitman because it offered the opportunity for him to work on his craft, but also because it was so much more than a film school. He could take other courses that would influence his films. He gives the example of “Critical Race Theory,” a course that influenced the making of “Team Taliban.”

Typically only about 5 percent of films submitted to a film festival are accepted, Sickels said. Even so, this isn’t the first time Kegan has received a film festival invitation. He and Kim Wetter ’08 — who is now a writer for Buddytv.com — created a television pilot that was selected and shown at the 2008 Independent Television Festival in Los Angeles.