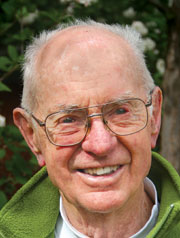 Related: The main court in Sherwood Athletic Center has been named the George Ball Court.

Dr. George Ball, in recognition of five decades as one of Whitman’s most ardent fans and proponents of sportsmanship, was inducted as an honorary member of the Athletics Hall of Fame.

Ball, who came to Whitman in the early 1960s, is the Weyerhaeuser professor emeritus of biblical literature.

For Whitman student athletes, as well as for the campus community as a whole, Dr. Ball has been a source of support, strength and inspiration for five decades. Tennis and basketball player Steve Ronfeldt ’64 remembers that Dr. Ball was at “every match offering positive support. He was like a second coach, the coach of the spirit. He brought affirmation in the face of defeat, a calm, focused mind in the heat of battle, and joy to our love of the game.”

Jeff Northam ’88, a varsity tennis player who now ranks as one of Whitman’s most successful coaches, notes that “George is more than a sports fan. He is a spiritual mentor to athletes. It’s not about their winning or losing, but how they compete. He takes the time to get to know the athletes on and off the court.” 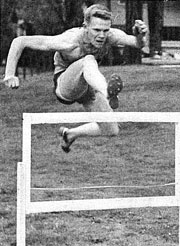 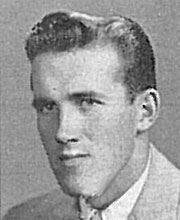 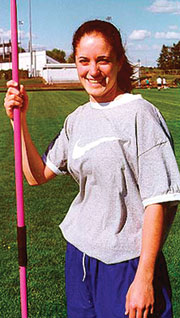 Five of the most accomplished competitors in the history of Whitman College athletics, along with the school’s much beloved “coach of the spirit,” were inducted into the Whitman Athletics Hall of Fame in a ceremony Oct. 3, 2009. 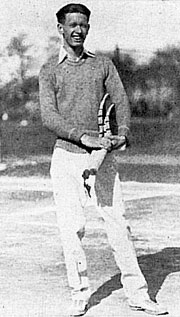 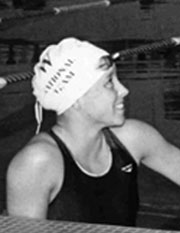 The late Dave Klicker ’58, who won an NAIA national track title in 1957 and led his team to Northwest Conference track and field titles in 1957 and 1958.

After Whitman, Klicker continued to train for the 1960 Olympics, but he lost his spot at the U.S. Olympic Trials due to changes in qualifying procedures. He died in 2006 after a long career as a teacher and coach in Walla Walla.

He stands as the only player to win the Baker Cup, which was given at the time to Whitman’s best male tennis player, in four consecutive years. While at Whitman, Oswald also competed in high-level tennis tournaments around the country. He died in 1947 at the age of 37, the result of an accidental fall.

The late Guttorm Berge ’53, a world-class skier who won a bronze medal at the 1952 Oslo Olympics and competed for Norway in the 1956 Winter Olympics.

Representing Whitman in the early 1950s and competing as an unattached skier at other times, Berge established his reputation at numerous regional and national alpine events. He enjoyed a long career in the ski wax industry and died in 2004.

She was a team MVP and captain in each of her four seasons. She and her husband, Jay Coleman, a former swim coach at Whitman, and their two children live in Oshkosh, Wis., where she is the aquatics director at the Oshkosh YMCA.

Amanda Bradford Harvey ’98, a two-sport star who won a NWC track title in the javelin and ranks third on Whitman’s all-time scoring list for women’s basketball.

She finished her career with 1,401 points and is one of only three Whitman women who have scored more than 1,300 points in a basketball career. She won the 1998 Mignon Borleske Trophy. Harvey, an attorney and criminal prosecutor for the city of Bremerton, Wash., lives in Port Orchard with her husband, Brian Harvey ’95, and their two children.

The family of the late Wally Holmgren ’30, a Whitman football and basketball player who was inducted last fall, also was recognized at this year’s ceremony.