Nadyieli Gonzalez Ortiz '21 is in her second year at Whitman. After taking a class with Aaron Bobrow-Strain she realized she wanted to study politics because it would put her on the career path she wants to take. Although the Whitman community keeps her busy, Nadyeili enjoys the town of Walla Walla and feels there are people all around the community that contribute to her Whitman experience in "really cool ways."

Nadyieli is a politics major, the co-president of the International Whitties Club, the resident assistant of the Hispanic House and a Whittie. 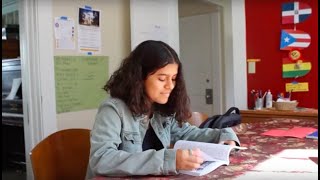 Do Try This at Home: Simple Science Experiments for Kids from Whitman College