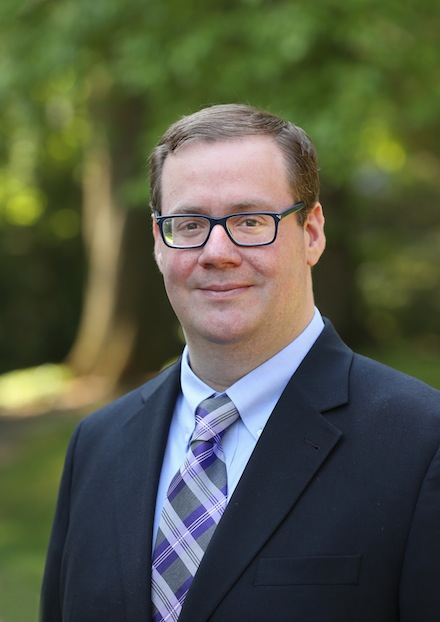 Jensen, who is currently the executive director of marketing and communications at Connecticut College, will take on this role before the beginning of the 2016-2017 academic year. His responsibilities will include defining a strategic vision for the Office of Communications, advising President Murray on all communications-related matters, collaborating with college leadership on campus-wide communications and leading a staff responsible for communications, marketing, media relations, web and print publications, and printing and mailing services.

"Joshua brings a wealth of experience as a communicator in higher education as well as in other parts of the non-profit world, and I am confident he will serve us well as we work to advance Whitman College's national visibility and lead our communications team in new directions," Murray said.

Jensen is known as a dedicated worker and consensus builder. In his time at Connecticut College, he created an integrated communications department, led a successful website redesign, developed the college's first comprehensive social media strategy and led recruitment communications in partnership with the admission office, resulting in record applications. He also spearheaded the creation of videos highlighting the school's award-winning funded internship program.

Jensen says he is thrilled to be joining the Whitman community.

"Before I visited Whitman, I knew of its excellent academic reputation, strong commitment to the liberal arts and beautiful setting," he said. "But after spending a day on campus, what impressed me most was the warmth of the Whitman students, faculty and staff."

Sociology professor Michelle Janning, a member of the search committee, was very pleased with the decision.

"Jensen's diverse educational and experiential background situates him well to guide Whitman's communications office along future paths, as we find good ways to tell the Whitman story," she said. "He also brings to the table a commitment to thoughtful dialogue and a deep devotion to the academic mission of a liberal arts and sciences education, as well as an understanding of the economic, social and political issues that matter to our community and within higher education more broadly."

Jensen holds a bachelor's degree in music from the University of Hartford and a master's in business administration from MIT. He recently completed his doctorate in higher education at Boston College.

Jensen will move to Walla Walla and begin his responsibilities this summer.