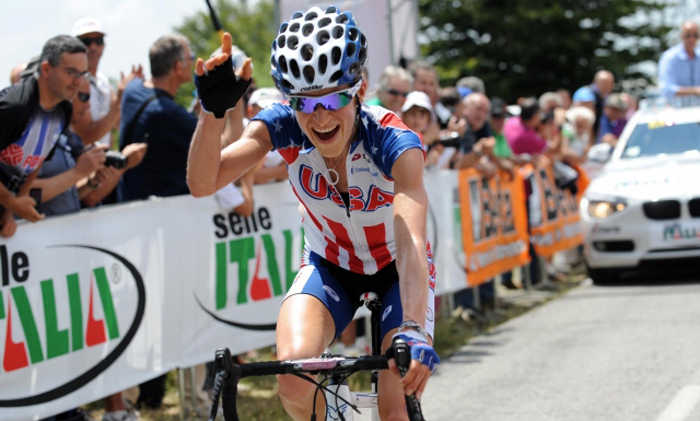 Mara Abbott ’08 is one of the world’s top cyclists. In 2010, the former economics major and Colorado native reached the top of her profession by winning what was then called the Giro Donne, one of the world’s biggest stage cycling races for women. An eating disorder forced her out of the sport a year later, but Abbott returned with a vengeance, winning the 2013 Giro Rosa while racing for the U.S. national team.

Edward Weinman: This is the second time you won the Giro Rosa (previously named the Giro Donne). What continues to motivate you to be the best?

Mara Abbott: I think cycling is a lot like any career. You enter a career, and you go to work and show up. You do your training and do the races because you have a specific goal to win a race, or just to see what your potential is and what you might be able to achieve.

Edward Weinman: Have you been surprised by your success?

Mara Abbott: Yes and no. Originally, when I first began it was surprise after surprise. You want to give your self the respect of taking yourself seriously. Stuff happens that you don’t anticipate. But once you reach a certain level and enter a race with the best in the world, you have to believe you can win if you want to succeed.

Edward Weinman: What do you enjoy about professional cycling? Isn’t it constant travel and constant training? 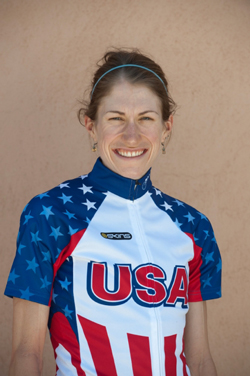 Mara Abbott: The training is not bad. If your job is getting up and riding your bike you life is not that bad. The travel is going to be part of any sport. You begin going down this path and going toward your potential, and the more you learn about the sport, the more it becomes a part of you – the harder it is to leave behind. Plus, I love being outdoors and in the mountains of Colorado.

Edward Weinman: After winning your first Giro in 2010, you struggled with an eating disorder and dropped out of cycling. How did you lose your way?

Mara Abbott: I didn’t (not eat) because you think it’s going to make you better. You do it because it’s a disease, not necessarily under your control, or logical. I needed to change something, and that is the way it was coming out. I left in 2011, and basically what it came down to was that I was naturally talented at cycling from the beginning, but I didn’t know why I was doing it. I wasn’t sure if cycling was what I should be doing. I didn’t know how to get out of the sport with words, so I had to use my actions, so I could drop out and find out who I was. Basically, I was unhappy and didn’t know how to express that.

Edward Weinman: Did recovering from the eating disorder and taking time off from racing make it harder to get back to the top of the sport?

Mara Abbott: You’re still the same person. If you do it once you’ll be able to do it again.

Edward Weinman: Can you describe the fine line between winning and finishing second?

Mara Abbott: It’s the biggest – but smallest – line ever. We’re talking margins of percentages. It’s not that hard to get second in a big race like the Giro. You can get lucky and get second. But you won’t get lucky and get first. In physiological terms, the margin is tiny increments. But getting from second to first is immeasurable.

Edward Weinman: When people think about bike racing, they think about Lance Armstrong and doping. What leads to doping, and how have you managed to stay away from it?

Mara Abbott: In women’s sports, you don’t get paid enough to be able to dope. While there is some doping in women’s cycling, there is a lot more in men’s, because money is in the equation. And doping was cultural when Armstrong was racing. So you enter a situation where it’s accepted with your team and coach.

Edward Weinman: You don’t earn a lot of money winning races like the Giro Rosa?

Mara Abbott: [laughs] I’m a girl cyclist, remember? You can’t find out about women’s cycling if you want to.

Edward Weinman: How did Whitman help in your development as both an athlete and dealing with adversity?

Mara Abbott: It helped because I started cycling at Whitman on the club team. In terms of adversity, I was very happy at Whitman. It gave me a lot of options and made me a person who didn’t just have to be a cyclist. Look at all the incredible things my peers are doing. I’m just riding a bike.