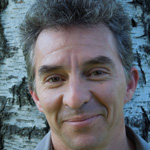 Christopher Petit is a director, performer and teacher. In Seattle he has worked for the Seattle Repertory Theater, Seattle Children's Theatre, the Group Theater, UMO Ensemble, and was the founding artistic director of the Open Circle Theatre, and an artistic associate for One World Theater.

He holds an MFA in directing from Columbia University and a BFA in acting from Rutgers University.

He has taught courses and workshops for the University of Arkansas, Eastern Illinois University, Ohio University, and most recently for at the Shanghai Theater Academy in Shanghai, China.