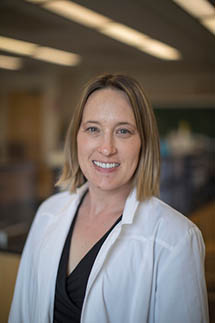 Machelle Hartman was born in Walla Walla, WA. Throughout her youth, she moved several times to many places in Wisconsin, North Dakota and Idaho, but she returned to her first hometown, Walla Walla, to attend college. In 2000, she graduated from Walla Walla College with a B.A. in chemistry and her Washington State Teaching Certification. After graduation Hartman taught the general chemistry labs for Walla Walla College (now Walla Walla University).

In 2001, Hartman and her husband, Jerry, moved to the Philippines for two years to work as Peace Corps volunteers in education. The primary focus of their service was teacher education in science and computer technology, but these also spent a large portion of their time teaching cooperative learning, critical thinking skills and integration across subject areas (such as math, English, Filipino and science). Other projects included projects for environmental education—Hartman helped lead youth camps and publish an environmental education manual for elementary teachers. The Peace Corps was an incredible experience—both for the careers and cultural awareness of Hartman and her husband. Any questions about volunteering with the Peace Corps can be directed their way—they are more than happy to persuade you to join!

After the Peace Corps, Hartman went back to school. In 2006 she graduated from Antioch University in Seattle with an M.A. in environment and community. Her thesis explored networking as a tool for developing sustainability in non-profit organizations. As of 2007, she is a co-producer, along with her husband, of documentaries that are produced by and for indigenous communities in Suriname, South America. Their films have been accepted and shown in several film festivals in the U.S., the Caribbean and South America. Working together with her husband, who has an MFA in digital cinema, allows Hartman to integrate tools of science, theories of social development and creativity of cinema into documentaries that are giving indigenous people a global voice. Their work can be viewed on the nonprofit organization Eclectic Reel's website.

Hartman loves teaching chemistry—especially when she can connect general chemistry to other fields and interests. She has worked with Senior Lecturer Deberah Simon to integrate art materials and conservation into the general chemistry lab coursework. Their research has been part of a National Science Foundation grant that allows educators from other colleges and universities to come to Whitman and learn about the innovative lab curriculum. Hartman is passionate about developing clear scientific communication within scientific communities and with diverse audiences outside of these scientific communities. The general chemistry curriculum includes opportunities for students to develop these important communication skills.

Outside of work, Hartman's main interests center around family (kids and pets). When she find the time, she also enjoys traveling, playing music, reading, playing board games, paddle boarding, practicing karate, snow skiing, hiking, playing with art and design, gardening and participating in any activity that involves water.