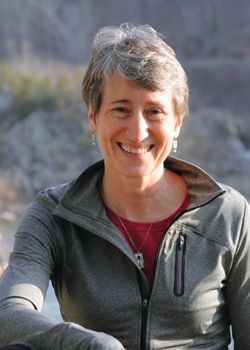 "I look forward to returning to the Northwest to celebrate this milestone with the Whitman Community," said Secretary Jewell. "Whitman is widely known for its engaged, curious and vibrant student body, and I'm honored to deliver the commencement address to the class of 2014."

As the top private liberal arts college in the Northwest, Whitman is known for attracting students looking to combine a challenging academic experience with multiple opportunities for outdoor adventure. Some of its most recognized offerings include student trips through the "best college outdoor program in the country," as noted by the Association of Outdoor Recreation and Education, and the acclaimed Semester in the West, an interdisciplinary field program in environmental studies that focuses on public lands conservation in the interior American West.

"Sally Jewell is a natural choice for Whitman," remarked Whitman College President Dr. George Bridges. "Her personal, academic and professional achievements - from leading one of the most environmentally conscious businesses in the country, to climbing the highest mountain in Antarctica, and today, serving as Secretary of the Interior to improve and protect our precious natural resources - will inspire our many like-minded students and graduates."

Nominated by President Barack Obama and sworn in on Apr. 12, 2013, Sally Jewell is the 51st Secretary of the Interior. The U.S. Department of the Interior is charged with protecting America's natural resources and heritage, honoring its cultures and tribal communities and supplying the energy to power the future. In her role, Jewell oversees public lands including national parks and national wildlife refuges, and works on the development of energy supplies on public lands and waters. U.S. Department of the Interior also upholds trust responsibilities to the 566 federally-recognized American Indian tribes and Alaska Natives, 29 of which are in Washington State.

Prior to her role at the Department of the Interior, Jewell served in the private sector, most recently as President and Chief Executive Officer of Recreation Equipment, Inc. (REI). During her tenure, REI nearly tripled in business to $2 billion in sales annually and was consistently ranked one of the 100 best companies to work for by Fortune Magazine.

Whitman College's 2014 Commencement ceremony takes place on May 25, 2014, at 11 a.m. Festivities will be held on the Memorial Building South Lawn. For more information on Whitman College or this special event, visit www.Whitman.edu.