Well, this is a big deal! This prestigious Whitman College scholarship is offered to only the top 1% of our applicants.

Just for You: An All-Expenses Paid Trip to Walla Walla!

We can’t wait to welcome you to Whitman and connect you with current and other incoming scholars!

That’s why we're flying you and a parent or guardian to Walla Walla for our Garrett-Sherwood weekend. Keep an eye on your email for more information and details. Be sure to register before the deadline: Sunday, March 20 at 4 p.m. PST.

Visiting students and their families are invited to dine together and hear more about this four-year Whitman scholarship experience while connecting with current Garrett-Sherwood scholars and members of our Office of Admission.

In this session, visiting students and their families can get a snapshot of how the team in our Career and Community Engagement Center work collaboratively with the Office of Admission to ensure Garrett-Sherwood scholars have engaging and meaningful opportunities to grow in leadership and professional experience.

Plus: Admitted Student Day
Enjoy campus-wide offerings with others students in our incoming (and impressive!) Class of 2026. 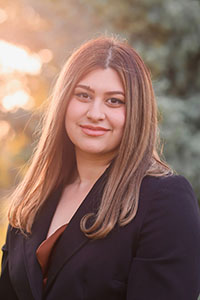 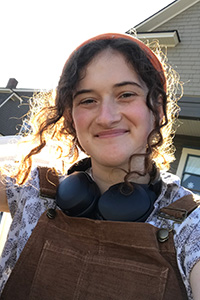 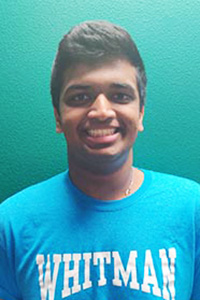 More About the Scholarship

Garrett-Sherwood Scholars have unique opportunities throughout their time at Whitman.

Get to know each other. Garrett-Sherwood Scholars meet regularly for social gatherings, networking, and unique growth opportunities.

Travel together to New York City. During spring break of their junior or senior year, Garrett-Sherwood Scholars explore the city — and have the opportunity to network with alumni who are leaders in their fields.

Who's Garrett? Who's Sherwood?

Paul Garrett, Class of 1913
After graduating from Whitman College in 1913 and Columbia University in 1914, Paul Garrett's career included working for the New York Evening Post, and he eventually became the director of public relations for General Motors.

Garrett established a trust for scholarships and fellowships, in his words, “… for the purpose of extending the preeminence of Whitman College in the development of future leaders of business and society.”

Claire Sherwood was the daughter of a renowned Whitman alumni — business leader Donald Sherwood. The Sherwood family had a lifelong history of supporting the college, which lives on in generous trust donations, including one in their daughter's name.

In 1972, when Sherwood was asked “Why Whitman?” for a newspaper article, this was his reply: “An investment in education is more rewarding than anything we have discovered. A college is something vital. Things are moving. It is constructive and forward looking.”