Eight Whitman students traveled to Fort Collins, CO to participate in the Kennedy Center American College Theatre Festival (KCACTF), Region 7. Our students engaged at the festival with opportunities in a wide range of areas including acting, design and technology, stage management, playwriting, theatre journalism and dramaturgy. They were able to participate in workshops by professionals, submit and display their work for feedback, see other students’ work and productions brought to festival from the eight states in our region and apply for summer internship programs. The Whitman students who participated gained immeasurable experience and insight from their time at the annual KCACTF festival. They also received the following awards in recognition of their work: 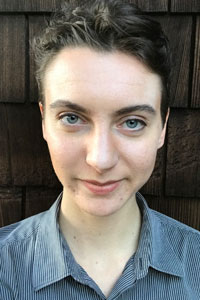 Ryn Goldsmith-Zucker ’s. (May ’22) play  The God Audition, was selected as one of two National Semi-Finalists in the 10-minute play contest.  Their play was sent to the Kennedy Center along with the best two plays from all the other regions (16 plays total). 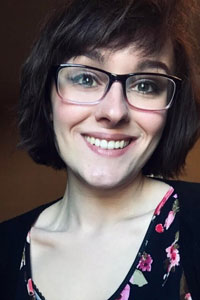 Haley King (’20)– National Award for Excellence in Allied Arts for Makeup Design for  Playing with Fire (After Frankenstein). The Santa Fe Opera partnered with KCACTF to honor the eight regional student recipients of The KCACTF Allied Design & Technology Award. The Santa Fe Opera, set in the high desert, is renowned worldwide for its contributions to a living art form, and for the passion it inspires in artists and audiences alike. The award recipients were able to engage in a virtual portfolio review with esteemed members of the Santa Fe Opera. King also received Meritorious Achievement in Costume Design for  Red.

Miranda LaFond (’20)– Awarded the George R. Caldwell Undergraduate Scholarly Paper Award for ‘ To be or not to be, dat is him question,’— Portrayals of Race in Early American Theatre & the National Award for Undergraduate Dramaturgy for their work on  Ripe Frenzy.  Their work was submitted to the National Selection Panel, convened by the Kennedy Center, that choose four students from the eight who had submitted (one from each region) to visit the National Festival at the Kennedy Center. The selected students study with critics such as Bob Mondello from National Public Radio (NPR), Diep Tran from American Theatre, and Sarah Kaufman from the Washington Post. 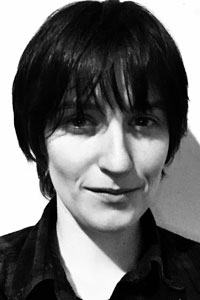 Jay Tyson  (Dec ’21) – National Award for Excellence in Scenic Design for Ripe Frenzy. Jay presented their work at the National KCACTF Festival in Washington DC in April, 2020. At the National Festival, students spent a week taking master classes from professional designers, presenting their design projects, and networking with student and professional designers from across the country. Students were eligible for various professional learning opportunities, fellowships, and awards based on their projects and work during the festival.