Crystal (Borm) Ellis '01 would rather talk about the physics of furniture or history of consumer protection law than her life. The tenacious mother of three never wanted to be in the public eye, but that's where she finds herself more and more these days. Whether it's in front of TV cameras or Congress, she advocates for safer furniture-making standards and educates parents on the dangers of furniture tip-overs.

"I think of the people who are like me before my son died, who believe that the products on the marketplace are safe, that they are going to be protected," said Ellis, who graduated from Whitman College with an English degree and went on to get her teaching credentials from the University of Washington, Bothell. "I had done a lot of research about home safety and baby-proofing. I really thought that I had all of the pieces necessary to be prepared. I didn't know about this danger. I never knew that a 30-inch dresser would kill my son." 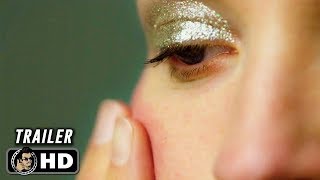 Parents Against Tip-Overs was included in a new documentary series, Broken,” released by Netflix on Nov. 27. Produced by ZeroPointZero productions, the series looks at areas of fraud, corruption and negligence in cosmetics, e-cigarettes, furniture and plastics.

Then one morning five years ago, while she was tending to her young baby, she heard her husband scream.

"I have never before or since heard that sound come from my husband," she said. "It was terrifying. I knew immediately that something was very, very wrong."

Sometime in the early morning, her almost 2-year-old son Camden had gotten out of his new toddler bed and leaned into his dresser's open second drawer, just enough weight to tip it onto him. Her husband found him stuck under the dresser. He had suffocated. Ellis performed CPR and was able to stabilize her son to bring him to the hospital, but after spending four days in the Pediatric Intensive Care Unit in a coma, he was taken off life support and died on Father's Day, just days after his second birthday.

"I remember meeting every single respiratory therapist, neurologist, attending, and asking them, ‘Does this happen? Have you seen this before?'" she said. "They kept saying, ‘Yes. Yes, this happens.' I had never heard of a dresser killing a child."

Ellis now knows that every 11 days a child dies from furniture or a TV falling on them, according to the U.S. Consumer Product Safety Commission (CPSC).

"It was shocking to me," she said. "How could this be such a prevalent problem?"

It was a slow road to advocacy for Ellis, who had to first navigate a new world of grief while caring for her 3-month-old. "I have always dealt with struggle with research," said Ellis, who read 13 books on grief in the weeks after Camden's death.

Her counselor helped her channel that research toward something more positive.

"It wasn't long after that, that I started collecting all of the statistics and data and stories from other families," said Ellis, who began meeting other parents across the country whose children had died from furniture tip-overs and were advocating locally. They eventually formed Parents Against Tip-Overs (PAT) in April 2018.

"We were a little hesitant at first, but once we got the ball rolling, we realized that we had a real direction in our mission, and we started forming a plan," said Ellis, who now lives in Kenmore, Washington, with her husband, Charlie, and daughters, Caitlynn, 5, and Caiya, 2. She is now close friends with several of the mothers in the group who describe her as a strong voice for consumers, unafraid to ask hard questions or have difficult conversation.

"I have watched Crystal grow from a person overcome with emotion because of Camden's death to a fiercely passionate consumer advocate who will stop at nothing to end furniture tip-overs," said fellow PAT founder and friend Janet McGee. "PAT is much more active and vocal because of Crystal's involvement."

Ellis speaks at Safe Kids events and parent conferences around the country and runs PAT's social media. She has done extensive research, including working with student engineers tasked to design safe dressers and physicists at the Consumer Reports test lab.

She testified at the budgetary hearing for CPSC last March and was in front of Congress in June, speaking on the importance of the Stop Tip-overs of Unstable Dressers on Youth, or STURDY Act, which passed the House with bipartisan support in September; as of publication, the act was still waiting to be heard in the Senate. The act creates tougher standards for the furniture manufacturing industry and makes compliance mandatory. She made a point to connect with Rep. Cathy McMorris-Rogers, the ranking Republican House member of the Consumer Protection Subcommittee of Energy and Commerce, to garner support.

"There have been far too many heartbreaking incidents of furniture tip-overs, situations that are avoidable and that we can play a role in stopping," said McMorris-Rogers in an email. "That's what the STURDY Act will help do, and I was proud to get this legislation passed in the House in September to ensure furniture is safe for children and stop these unnecessary tragedies. It may seem commonsense, but it still takes people like Crystal bringing these issues to the forefront and making them a priority. I've been so appreciative of her advocacy on behalf of Parents Against Tip-Overs and her work on this legislation." 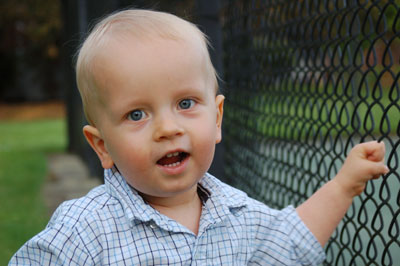 Ellis credits Whitman for providing the connection to McMorris-Rogers, whose district covers Walla Walla. But more than that, Ellis, now a school librarian, said her experiences at Whitman gave her the skills she needed to begin her advocacy work.

"Whitman gave me the confidence not just to get into the room, but the confidence to stay in the room and know that my voice matters, that my research matters, and that when you know that you're on the side of right you keep speaking up, and you keep speaking out," said Ellis, who grew up near Bothell, the oldest of five children in a working-class family, and attended Whitman on scholarship.

"We learned how to find the people who can help us best make change, and work with them, and build relationships to make a bigger change," she said of her time at Whitman. "That's what I'm teaching my daughters. I'm teaching them that we can take this really, really bad thing that happened to our family, and we can help other people stop this from happening to them, that we can change the conversation about consumer protection, and we can change the conversation about who has the power in this country - that should be the people."