Jim Edmunds wasn’t sure what his next step would be after graduating from Whitman College.

“Like a lot of students, I was sort of a blank slate as to what I was going to do,” he says. At the time, he didn’t see himself creating a company that would ultimately give back to both Whitman and to the greater Walla Walla business community.

Fast-forward 44 years, and not only is Edmunds the founder of software firm Ingeniux, his company is helping create technology to support regional entrepreneurs—and Whitman interns are part of his team.

After earning his degree in history, Edmunds spent the first 10 years of his career in the film industry. “Then I got married and had kids and had to get serious about making a living,” he says. Based in Seattle, he made what felt like a natural move to the tech industry. He got his start working for Microsoft co-founder Paul Allen making digital entertainment products, which eventually led to stints at MSNBC and video games company Electronic Arts. Edmunds recalls: “I didn’t really have a huge tech background. But I did really have an interest in the cognitive discipline around the way people interacted with technology.” 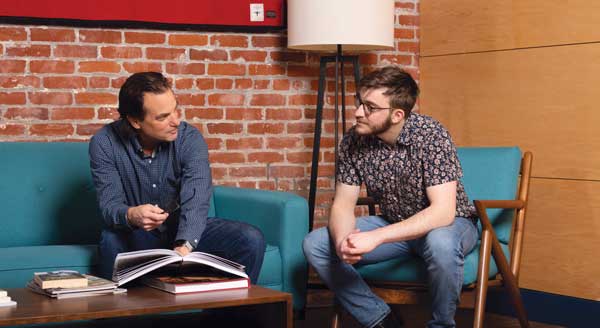 That interest—and the skills Edmunds developed at Whitman—would continue to serve him as the founder of Ingeniux, which he established in 2000. “Whitman equipped me with the ability to communicate very well,” he says. Perhaps more importantly, he credits Whitman with giving him the critical-thinking skills he’s drawn on throughout his career.

The tech entrepreneur says Whitman changed the trajectory of his life. “I had a very comfortable middle-class upbringing,” he says. “But [Whitman] just pushed me to a different level and provided me with self-confidence that really furthered my professional life and my personal life.”

Because of that, he says, “I’ve always felt like I owed a debt to Whitman to give back.” Presently that includes a valuable and ongoing in-kind donation—Edmunds and Ingeniux provide both content management software and hosting for the Whitman website. Over the past four decades, Edmunds has also served as an alumni class representative on the planned giving committee, and as a member of the President’s Advisory Board.

Edmunds’ company, Ingeniux, provides content management software that empowers people to create and manage digital content without programming skills. In 2015, the company started looking for a second office location outside of Seattle. They considered Walla Walla as well as several other smaller cities in the Midwest and Southeast U.S. However, Edmunds was always clear on one thing: “I love Walla Walla.”

While the Whitman connection was certainly part of the decision to ultimately put down stakes in Walla Walla, other factors were also in play. Besides being in the same time zone as the Seattle headquarters, Edmunds says the quality of life in Walla Walla is excellent. “If you’re a wine and food person, it’s an especially fantastic place.” Meanwhile, three local colleges, Whitman College, Walla Walla Community College and Walla Walla University, offered a wide pool of talent the company could draw on.

After a weeklong executive planning retreat in Walla Walla, the team “fell in love” with the area, and an attractive economic development program from the Port of Walla Walla ultimately sealed the deal, says Edmunds, who now splits his time between Seattle and Walla Walla.

Ingeniux serves a broad spectrum of business, education and government clients. And in June 2021, its roster grew to include the Community Council of Walla Walla. Using input from community members to study issues facing the region and implement initiatives to address them, the council seeks to build a vibrant region for every member of the Walla Walla Valley community. A recent council study, Education as a Path to Economic Growth, generated a long list of recommendations—including the creation of an Entrepreneurial Ecosystem to both support entrepreneurial education and drive small business success. 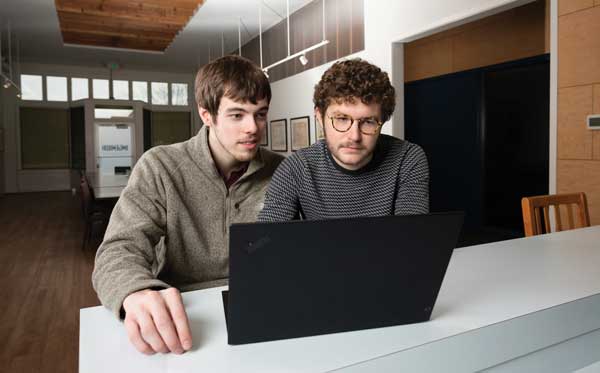 The implementation task force developed a working group to focus specifically on this recommendation. Edmunds explains, “[They] suggested that a key component of the ecosystem would be a website that would serve as a clearinghouse of information for starting and growing businesses, and create an online community of entrepreneurs and business owners to share insights and support each other’s activities.” As he puts it, this website is poised to be the answer to the question of, “How can we encourage startups and other entrepreneurial activity in the Walla Walla Valley and provide an environment that is hospitable and conducive to that?” That includes existing startups as well as those that locals—including Whitman students and alumni—are poised to launch in the future.

Enter the The Entrepreneurial Ecosystem Portal project. As a member of the task force, Edmunds didn’t hesitate to volunteer Ingeniux—and some of its Whitman student interns—to design, build and host the portal. He feels giving Whitman students the chance to develop their skills while enhancing the local business community is an absolute win-win.

“In the spring of 2021, I worked with members of the task force and various community stakeholders to identify requirements for the portal,” says Edmunds. At that point, the Ingeniux design team began the process of creating a website design and defining major features and functionality.

“The portal website will provide information and resources for Walla Walla Valley entrepreneurs to start, grow, and manage their businesses successfully,” says Edmunds. The content will include organizational resources such as local, state, and national organizations that assist business owners as well helpful resources on small business management. The portal, which is scheduled to go live in May 2022, will also give users free access to features including a regional events calendar and a community blog.

While anyone can visit the site and take advantage of the resources and information there, to contribute content to the portal (which is also free), users will have to create an account with their name and some basic identifying information. Registered users can create announcements, submit events and participate in discussion forums.

According to Edmunds, “The goal is to have them come out of the internship program with some experience working in a commercial software company with a team of programmers to complete a project.” It’s evolved over time to include three tracks: engineering/software programming, user experience (or UX) and content management.

Technical skills are undoubtedly an important predictor of success in all three tracks. But Edmunds feels Whitman students’ intellectual curiosity and liberal arts background are valuable too. “There are a lot of other things that go into it, so it’s nice to have people with a broader perspective.”

According to Edmunds, they tend to fit right in. “The Whitman interns are really committed, energetic, great self-starters. You can just put them on a project. You don’t have to give them a lot of supervision and they can run with it.” Over the years, he estimates six or seven interns ended up becoming full-time employees.

While they certainly offer the skills and enthusiasm to get things done, the Whitman students also give Edmunds something most CEOs don’t get to experience in a typical office environment: nostalgia. “You can’t help but be reminded of the way you were when you were a student and a recent graduate. It’s great,” he says.

Though Edmunds feels the school has changed in a lot of ways since he graduated, the most important aspects have remained intact. “The one thing that’s stayed the same, I think, is the level of engagement and quality of the students that go there.” And the fact that Edmunds is collaborating with Whitties to enrich the Walla Walla business community—it’s ingenious.