Studying the Impact of Politics on Children

As the United States enters the final months of a heated presidential election, the rhetoric around candidates, policies and politics in general continues to grow louder.

There’s one audience — absorbing much of the noise — that pollsters and pundits are ignoring this political season for a very simple reason: They aren’t old enough to vote.

That got Associate Professor Erin Pahlke and a group of colleagues curious: What exactly do children know about politics and the U.S. political system?

“In psychology, you’ve got a growing body of literature that’s looking at adult political attitudes and development, but there’s this assumption that you don’t study kids in politics because kids aren’t paying attention to politics,” said Pahlke, who teaches psychology at Whitman College.

Pahlke and a group of researchers challenged this assumption with two studies on children during the 2008 and 2016 election years.

In 2016, they repeated the study, expanding the group to include researchers from the University of Kentucky and University of Texas at Tyler. For both studies, children ages 5 to 11 were interviewed before and after the election. The 2016 study included 187 children from five different locations. In Walla Walla, Pahlke was assisted in her data collection by Whitman College students.

Both elections included historic moments: The first African American and the first woman presidential candidates. They also were both marked by increasingly negative rhetoric.

In 2008, Pahlke said they were interested to see how children would respond to seeing an African American candidate win — or lose — the race, and what they’d attribute that result to. The majority of children knew that Barack Obama would be the first black president, Pahlke said. In 2008, the vast majority of children (89%) also knew that a woman had never been president. In 2016, the percentage that knew a woman hadn’t held the office dropped to 65%.

“There are some parents or teachers who argue, ‘Oh that’s a good thing. It’s a good thing if kids don’t know that a woman has never been president.’ But it isn’t that positive,” she said. “The kids are going to figure it out at some point. And then the question is, will they have an explanation for why?”

In the 2016 study, only 25% of children attributed the lack of women presidents to discrimination. The other 75% attributed it to gender stereotypes.

“You hear kids saying, ‘women aren’t strong,’ or ‘women aren’t confident.’ Or they’ll cite women’s traits or their behaviors, like that women must not read as many books,” Pahlke said. “And then you get some percentage of kids who say women just don’t want to be president. And those are all explanations and attributions that are problematic.”

The 2016 study was published in the September 2019 issue of Monographs of the Society for Research in Child Development under the title “Toward a Developmental Science of Politics.” In it, the authors argued that more attention should be paid to how children develop political ideas.

The research showed that despite people’s assumptions that children aren’t paying attention to politics or don’t care, they really are picking up a great deal of information from the world around them, whether that’s overheard from the adults in their lives, news from the radio or TV, or conversations from the playground.

“My biggest takeaway from this research is that children are more perceptive and capable of understanding complex topics than we give them credit for,” said Marianne Kellogg ’17, a psychology major who worked as a research assistant for Pahlke in 2016. Kellogg assisted with testing the initial research measures for validity and reliability and conducted some pre-election interviews.

For the latest study, the researchers found that the majority of children knew the names of candidates Donald Trump and Hillary Clinton, but they did not understand the election process.

“Some kids thought Trump got to be president because he had an airplane with his name on it,” Pahlke said. “They knew there was voting involved, but some thought that judges got to make the final decision. They don’t understand the system entirely.”

Most children are not receiving education about the U.S. political system until high school, but Pahlke’s research shows they would benefit from it much earlier. Parents can make an impact by including their children in the voting process.

“We should be taking them when we drop off our ballots, and talking to them about the voting guide,” she said. 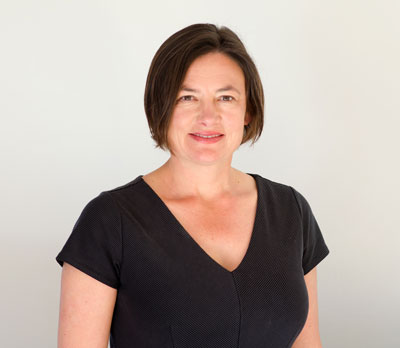 Politics, Fear and ‘The Wall’

In recent years, U.S. voters have become more polarized. According to studies by the Pew Research Center, since 1994, the average partisan gap has increased from 15 percentage points to 39 percentage points across a range of issues. Even within the parties, splits of opinion are found among age, income, gender and racial lines.

That polarization can result in increasingly negative rhetoric, which can be scary to children.

The researchers saw how political comments — even the type of comments parents might make casually — translated into real fear that reached across all races.

It’s important for parents to realize the weight even off-handed comments or jokes can have on kids.

“Saying things like, ‘Oh, we’re just going to move to Canada’ — for a kid, if they hear that, they’re like, ‘Oh, I’m going to lose all my friends and this is going to be terrible,’” Pahlke said. “It’s important to talk to kids about their fears and say, ‘yes, some of this might happen,’ and help them understand the way that systems work.”

Kellogg agreed, and said participating in the research helped her see the importance of tackling difficult conversations with children.

“Young children are able to understand prejudice and discrimination; it is our responsibility as adults to start conversations and engage kids in discussions about topics such as racism, sexism, xenophobia and privilege — no matter how uncomfortable we may be navigating these topics,” said Kellogg, who is currently a research coordinator in a psychology/behavioral science lab at the University of Washington. “We need to do the work to educate kids about people who are different than them, and how their words and decisions have a lasting effect on others. Kids watch and listen and learn — let’s put in the effort to make sure they are learning values we can be proud of, and that they become active members of their communities.”

Parents Can Make a Difference

It’s important for everyone who works with or has children to remember how much kids are capable of picking up, Pahlke said. Schools can help by introducing political curriculum at an earlier age, and teaching young children about the electoral process.

But it’s also important to teach children about discrimination, to help them understand why a woman or a person of color may not have had the same opportunities as a white man. Children in late elementary school can understand issues of racism within systems, Pahlke said. Younger children are capable of understanding that external differences don’t impact a person’s value, and hearing about examples of discrimination. Building that educational foundation can help children navigate the complex topics that come up during elections, she said.

“There are attempts to get kids to understand a little bit about elections. The research suggests that we need to do a better job,” she said. “We need to figure out a way to get kids informed and engaged in the topics.”

Pahlke tries to apply her research at home with her two children, ages 11 and 8.

“When we voted in the local election, I sat down with my 8-year-old and we looked through the voter guide, and looked at the ballot, and talked about how you make decisions and then how the system works,” she said.

Pahlke also watched some of the primary debates with her children, and talked about the different policies and how a person would decide whether to support one candidate over another. They also had questions about the impeachment of President Donald Trump.

“They’re overhearing everything. They heard a little bit about it at school,” she said. “Part of it is not to just talk at them, but to have a dialogue back and forth. It’s hard to know what kids’ questions are and what kids’ misperceptions are.”

Her goal is to help her children understand how to think about issues, not necessarily to reinforce her own beliefs and opinions. She hopes other parents will focus on teaching critical thinking skills.

“It’s important to try to help kids understand, ‘I really don’t like this perspective, but here’s why it is that some people might feel this way.’ This approach doesn’t sanction perspectives that we as parents strongly disagree with, but it does help children understand why people might hold different beliefs,” Pahlke said.

She admits it’s challenging work for any parent.