A Burning Passion for Disaster Management

We’ve entered the era of the megafire.

Catastrophic blazes covering more than 100,000 acres have increased drastically. The devastating fire that burned across Australia last fall covered more than 12 million acres. In 2017 and 2018, California saw the most destructive blazes in its history — more than 450,000 acres burned in the July 2018 Mendocino Complex.

And as global temperatures rise, the risk of large fires does, too.

“Over the past 40 years, fire seasons in the United States have been getting hotter and dryer — with more frequent and higher intensity fires,” said Sam Perkins ’17. “It’s really unfortunate, what’s happening, but it’s the new normal.”

Perkins is an Idaho-based smokejumper for the U.S. Forest Service, and before that served on an Interagency Hotshot Crew based in Prineville, Oregon. But he also has a more global perspective to fire management. After graduating from Whitman College with his degree in sociology-environmental studies, Perkins received a Thomas J. Watson Fellowship and spent a year traveling the globe exploring how other cultures approach the environmental uncertainty of natural disaster.

He used his Watson experience to launch work as a consultant for nongovernmental agencies (NGOs), nonprofits and government agencies to develop and refine disaster preparedness efforts.

“I wanted to figure out a way that I could make my passion fit with my professional and global ambition,” he said.

A Passion Born in Walla Walla

Perkins came to Whitman as a soccer player but had to leave the field after injuries. Another student encouraged him to fill his time as a volunteer firefighter. He was accepted to the Walla Walla Fire Department’s training academy. He also pursued an associate’s degree in fire science from Walla Walla Community College, which gave him background in leadership, fire investigation and suppression.

As a volunteer firefighter, Perkins was motivated by the Blue Creek Fire in 2015, which burned more than 6,000 acres in Walla Walla County.

“While it was a big threat to the community and this ecosystem, the community response in retrospect was really about the environmental factors rather than social ones. What I was most curious about was how the local population adapts to living in this fire-prone region,” Perkins said . Associate Professor and Garrett Fellow Alissa Cordner served as Perkins’ major advisor, and encouraged him to explore the social and community dynamics of wildfire. Much of Cordner’s research surrounds the sociology of risks and disasters, especially wildfire in the Pacific Northwest.

“I wrote my senior thesis on how the community learns to live with this natural hazard, which ultimately motivated how I spent my time during Watson,” Perkins said.

As a Hotshot crew member, Perkins has spent the last few years responding to the largest and highest priority fires in North America. He will be starting his new role as a smokejumper in the spring of 2020, first completing an intensive training academy to learn the skills needed to parachute out of airplanes into active fire situations. 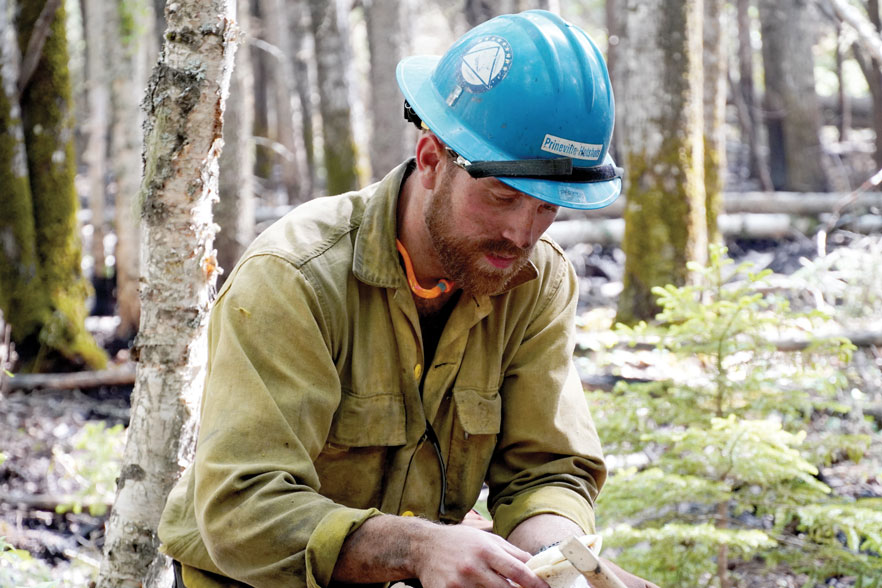 Perkins’ passion is for combining his practical knowledge as a firefighter with the academic foundation he built as a Whitman student to positively impact global communities.

“Here in the Western United States, we’re at the forefront of global fire management,” Perkins said. But that century-long history has created policies that often create roadblocks for new ideas. “It’s a great privilege to play a key role in an agency with such tremendous impacts, but it can be a challenge to take big risks when working to create innovative solutions with a long-term focus. Whereas during my experience in the developing world, agencies are eager to adopt new and innovative solutions, on a smaller scale of course.”

So far, he’s worked with agencies in Nepal, Australia, Chile, Peru and Japan.

“The emerging issue with a lot of regions in the world is they’re experiencing a consistent frequency of natural hazards for the first time in their history, which is creating serious future impacts” Perkins said. “In Nepal and north India, they’re dealing with an emerging wildfire issue with few resources set in place to address it.”

In Nepal, he worked with the Ministry of Forests and Environment and the Nepal army to develop local fire protection militias and to create preparedness, response and recovery plans for wildfires and future hazards in the area. He also worked to create an emergency alert system to allow rural residents to report issues, and assisted with educational programs to train rural communities in the sustainable use of fire in land management practices while accommodating suppression and prevention efforts when necessary. Perkins tries to combine his knowledge of natural disasters with local expertise, while also being mindful of structural inequalities in government and development work.

“I don’t own a fraction of the knowledge of the local populations when it comes to their land and history,” Perkins said. In his international work, he uses methodologies he learned at

Whitman such as human-centered design and participatory action research to create solutions centered around local needs.

His unique blend of liberal arts and fire training creates opportunities for him to make connections between science, technology, climate change and social justice that has led to success.

“Being able to see that big picture is something that was hugely impacted by my time at Whitman,” he said.

He also plans to continue pursuing education and training opportunities to further his ability to make a global impact. Ultimately, he’d like to pursue a graduate degree in international environmental policy.

“My goal would be to help empower vulnerable groups to develop social and ecological resilience during an era of increasing environmental uncertainty. That could be through strengthening national and subnational policies, developing collaborative response practices, or simply educating the public about how to best live with the trouble,” he said. “The impacts of climate change are felt disproportionately throughout the world and I’d really like to be on the right side of the narrative moving forward.”

Psychology Senior Partners with Professor to Study Attention and Memory