When she was 9 years old, Nina Finley ’17 fell in love with dairy cows.

Already passionate about the outdoors and animals, Finley took a trip to the Evergreen State Fair that sealed the deal. 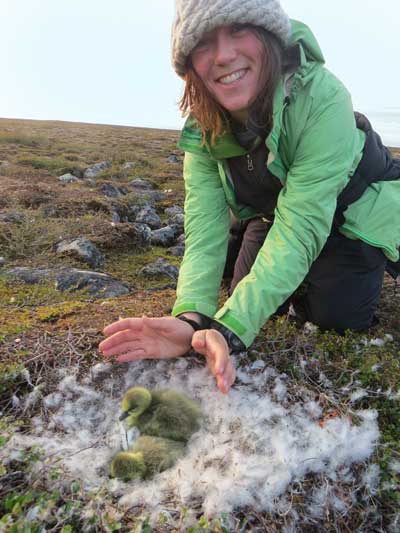 “I wanted to be a farmer. I made this urban farm in Seattle with gardens and fruit trees,” said Finley, who was active in 4-H and even founded Seattle’s first urban farming 4-H club.

As a young adult, Finley became a scholar and researcher in the fields of biodiversity, health and ecology. She transferred to Whitman College as a sophomore after spending a year at The Ohio State University — an experience that helped her realize industrial agriculture and veterinary medicine didn’t engage her as much as ecology.

Finley received six prestigious honors during her time at Whitman, including a Hollings Scholarship through the National Oceanic and Atmospheric Administration; two awards from the Udall Foundation, which rewards commitment to environmental issues; a Goldwater Scholarship; and a Fulbright award, which she declined in favor of a fellowship from the Watson Foundation.

This year, Finley added another honor to her already distinguished list when she was named one of 48 recipients of the 2019 Marshall Scholarship. She is the first student to receive the honor in Whitman history.

Finley isn’t the only Whitman alumna or student to receive a significant award this year: Samuel Curtis ’16 became the first Whitman graduate to receive a Schwarzman Scholarship, a new program at one of China’s most renowned research universities.

Finley and Curtis are in good company. Since 2004, 434 Whitman alumni or students have received fellowships and grants from 70 of the world’s most competitive scholarly programs.

A Path Toward Excellence

“Applying for and receiving a prestigious award is a journey of self-exploration,” said Keith Raether, director of the Office of Fellowships and Grants. Each year, Raether advises around 300 students and eligible alumni interested in pursuing a fellowship, scholarship or grant.

“Typically, about half of those finish the process of applying, which can take months,” Raether said. Many programs, such as the Marshall Scholarship, require that applicants be nominated by their institution, which involves a rigorous internal process.

It’s a process that offers more than a brag point for a resume or some money to travel the world. The fellowships offer real pathways to careers. 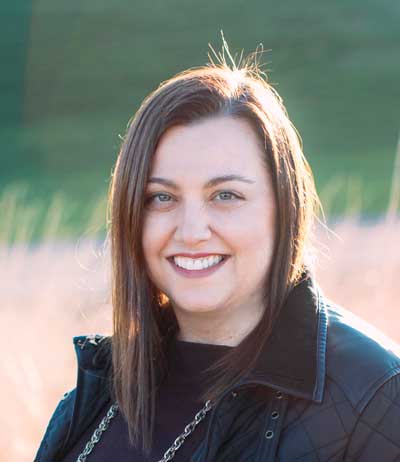 Danielle Garbe Reser ’97. Read more about her journey from Walla Walla to the White House.

The path taken by Danielle Garbe Reser ’97, for instance, launched her career in international relations as a recipient of a Thomas R. Pickering Graduate Foreign Affairs Fellowship. Sponsored by the U.S. Department of State and the Woodrow Wilson Foundation, the Pickering Fellows receive funding for graduate work and summer internships in exchange for a commitment to serve in the Foreign Service for at least three years. Garbe Reser earned her graduate degree in public administration from Columbia University, then began a nearly 14-year diplomatic career, including time as a staff assistant to then-Secretary of State Condoleezza Rice and two stints at the White House under President Barack Obama.

“The fellowship was a huge head start,” said Garbe Reser, who is now CEO of the Sherwood Trust in Walla Walla after leaving the Foreign Service in 2015. “I met a lot of people in those early internships. It reaffirmed that it was a career I wanted, too. It just made the sequencing that much easier — to go to graduate school knowing that you have a job lined up afterward.”

The Office of Fellowships and Grants promotes about 75 major programs around the globe, and Raether can help students find programs that fit any m

“Receiving an award positions those students in a very important transitional time — especially if they’re graduating seniors. It’s their rite of passage, and it’s a giant step toward a career,” Raether said. “Employers across sectors are looking for these sorts of scholars and fellows.”

Originally from Corvallis, Oregon, Curtis earned his degree in biochemistry, biophysics and molecular biology. This fall, he will study at Tsinghua University in Beijing as part of the Schwarzman Scholars accelerated master’s program in global affairs. Participants can choose to focus on public policy, international relations, or business and economics. 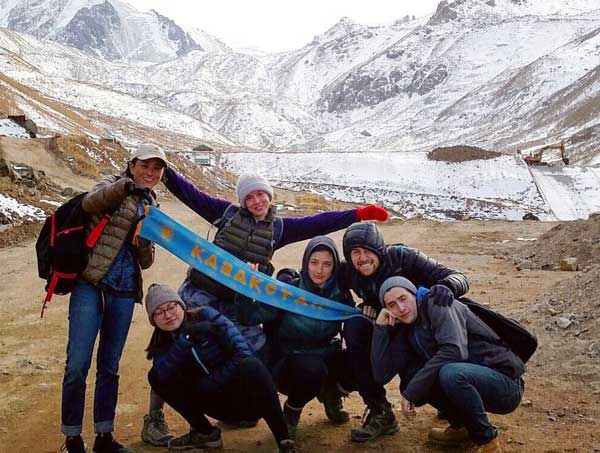 Like Finley, Curtis also received other awards during his time at Whitman. He traveled to South Korea as a Gilman Scholar and earned a Princeton in Asia Fellowship to teach English in Kazakhstan — an experience that grew his interest in international relations, economics and nuclear weapon policies. He worked as a research and communications assistant for Chan Young Bang, president of the Kazakhstan Institute of Management, Economics and Strategic Research.

“I’ve developed an interest in the science behind modern weapons of mass destruction and the policies governing their development and use. It’s a field that fascinates me and I want to find a way to study that further,” Curtis said. “The key players are the U.S., China and Russia. I began learning about Russian culture and language during my time in Kazakhstan. The Schwarzman Scholarship will allow me to study policy and familiarize myself with Chinese culture and language. It’s an ambitious collaborative program focused on preparing students to solve global issues.”

The Schwarzman Scholars program began in 2016. The 147 students in the Class of 2020 represent 119 universities and 38 countries; only 40 percent of recipients are from the United States — and more than 2,800 people applied.

The Princeton in Asia Fellowship helped him narrow his interests and develop his career path, Curtis said.

“As I was graduating from Whitman, most of my friends were looking toward entering medical school, and I had a bit of a crisis, feeling that I wasn’t ready to make that commitment — it didn’t quite feel like the right fit,” he said. “Earlier in college, I’d spent a semester abroad in South Korea, and I wanted to return to Asia to learn about another culture and language. The Princeton in Asia program provided a rewarding opportunity to spend time figuring out the next steps in my career. Now I’m more confident in and excited by the path that I’m on.”

Solving Problems Through the Details

Thanks to the Marshall Scholarship, Finley will spend two years in the United Kingdom working toward two master’s degrees. In her first year, she’ll study in a joint program of the London School of Hygiene and Tropical Medicine and the Royal Veterinary College to pursue a Master of Science in One Health. The “one health” paradigm focuses on the intersection of human, animal and environmental health. It’s a concept she began studying during her Watson Fellowship. During her second year, she plans to read for a Master of Research in evolution, biodiversity and conservation at the University College London. Specifically, she wants to study chytrid fungus, a pathogen that’s causing the decline of frog populations around the globe.

As a Watson Fellow, Finley spent 12 months studying in Brazil, Madagascar, Malaysia, Indonesia, the United Kingdom and the Canadian Arctic. Each location had Finley looking at different biodiversity and ecosystem health issues, such as studying virus transfer from domestic dogs to wild cats in Brazil’s tropical dry forest.

“I was trying to get the idea of a location through this microbe,” she said. “How do I understand this part of Brazil in the way that canine distemper virus understands it?”

In Indonesia, Finley connected with Health in Harmony, a planetary health organization that provides human health care and farming training to protect Bornean rainforest. The group holds “radical listening” meetings — extensive conversations with communities to understand what people want to conserve and what challenges they face. Health in Harmony then implements the solutions proposed by communities. Over the past 10 years, their approach has led to health clinics, a teaching farm, and an 88 percent decrease in deforestation in Gunung Palung National Park. The holistic approach appealed to Finley.

“They were going to communities surrounding rainforests, and their method of conversation was to ask the communities, ‘Do you want to be logging this land? And if not, what support do you need to be able to stop?’ It was a respectful and ethical way to go about conservation,” she said. It was also the solution-focused approach she was looking for.

“Everywhere I’d been through the Watson until then was problem-focused. Forest fragmentation in Madagascar, and viruses in Brazil, and coral bleaching in Malaysia — and I’m learning about all the things that are wrong,” she said. “We know that the planet is stressed. But the science stopped there — what science was doing was just understanding problems. Solutions were vague and didn’t have teeth.”

While waiting to move to London to begin her Marshall program, Finley and her partner, Collin Smith ’15, went to Indonesia to work more with Health in Harmony. But she’s looking forward to returning to academia in the fall.

“I’m really excited to be in London and becoming more of an expert in something,” she said.

Summoning the Courage to Try

Students like Finley who receive multiple awards in consecutive years are rare, Raether said. But it isn’t uncommon for awards to build on each other in a smaller way, like Curtis’ experience.

“One network kind of leads to another network,” Raether said. “But I’d also say that the identification of the award as an ideal fit is also very important — Nina’s Marshall is an example of that. Every piece of her application fits perfectly, and it’s all intentional.” 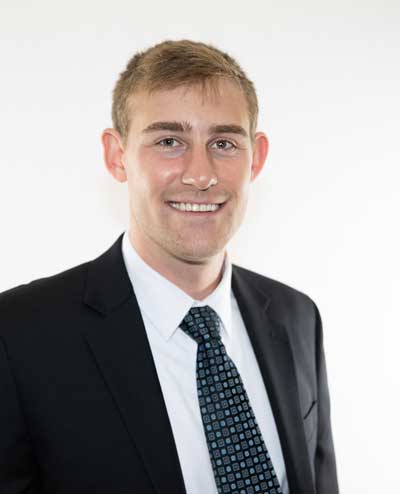 Regardless of whether they receive an award, Raether said the application process provides valuable personal insights.

“The experience that the student has through this process is to gain a fuller understanding of self. There’s this whole internal excavation process of doing these applications,” he said.

The students build personal narratives that are useful in many other aspects of their lives.

“It forces you to make a blueprint for your life,” Finley said. “I had to take my jumbled life story and frame it into a narrative about ecology. Getting the fellowships is a lot less important than going through the process of determining what you’d do if you got it.”

For Curtis, the most valuable part of the fellowship was refining his career path.

“I’m glad that I took some time to think about what I’d like to do in the future,” he said. “Overseas programs that send you to different parts of the world do more than just immerse you in other cultures — you can have a life-changing experience by trying something outside of your comfort zone.”

The only mistake a student can make when it comes to the awards is not applying at all.

“If it lights a passion, if it makes you excited, just go through the whole process and try for it,” Finley said. “The only way you’re definitely not going to get is if you don’t apply.”

To support fellowship and grant opportunities for students at Whitman College, go to whitman.edu/giving.