Over 200 years ago, Meriwether Lewis and William Clark traversed the land and waterways of the Pacific Northwest. They mapped rivers and documented animal species. Their work is credited with opening up the West for settlement by white pioneers. 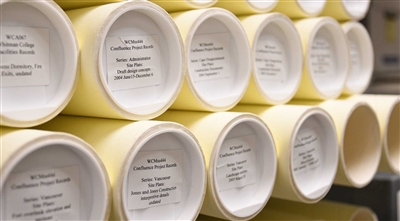 As part of the effort, the project amassed a huge collection of research materials, architectural models, survey maps and other artifacts.

For the past 20 years, another group has been traversing the Columbia River — with a vastly different goal. The Confluence Project has used art to bring together multiple narratives: it interweaves the culture and language of Native peoples with the indigenous flora and fauna species that have co-existed for millennia, and puts new perspective on the past two centuries of agricultural and industrial development of the western United States, specifically the environmental impact of human-engineered climate change and habitat loss.

“For generations, the story has been one about discovery and, essentially, Lewis and Clark discovered this place and the pioneers settled it. That’s an overly simplistic story,” said Colin Fogarty, executive director of the nonprofit known simply as Confluence. “Confluence is an effort to broaden people’s understanding of what this place is all about, and our contention is that the fundamentals, the story of the Pacific Northwest and the American West, is really one about confluence.”

Confluence is a series of public art installations, or earthworks, situated at six geographically and historically significant sites along the Columbia River, from Eastern Washington to the Pacific Coast.

As part of the effort, the project amassed a huge collection of research materials, architectural models, survey maps and other artifacts. Thanks to a partnership with the Whitman College and Northwest Archives, those materials are now accessible for researchers, students and the general public here on campus.

A Project of Importance

Whitman College and Confluence first came together in 2015, when Matt Reynolds, associate professor in the Department of Art History and Visual Culture Studies, attended the dedication ceremony of the site at Chief Timothy Park, at the confluence of the Clearwater and Snake rivers in Clarkston, Washington.

Chief Timothy Park is the only Confluence site that looks today like it would have when Lewis and Clark first encountered it. The earthwork here is a “listening circle,” an amphitheater-like structure made of concentric rings of basalt, inspired by a Nez Perce blessing ceremony that was performed at the site in 2005.

This site and five others that comprise the project were designed primarily by renowned architect Maya Lin, famous for designing the Vietnam Veteran’s Memorial on the National Mall in Washington, D.C., the Civil Rights Memorial at the Southern Poverty Law Center in Montgomery, Alabama, and the Women’s Table on the campus of Yale University.

“It is my belief that Lin’s Confluence Project offers a poignant recognition of the interconnectedness of ‘negative’ and ‘positive,’ urban and rural, humanity and environment, past and present,” Reynolds said. “It has much to tell us at this particular historical moment — a moment in which large-scale ecological disaster can no longer be denied, but also a moment in which we cannot collectively seem to find the will or the way to address it.”

Reynolds, whose academic focus is on the intersection of art and the environment, visited the Confluence’s headquarters in Vancouver, Washington, and got to talking with Fogarty.

“Colin was saying, ‘We have all this stuff,’” Reynolds recalled. “I thought that Whitman could be a really great home for this material.”

“We knew that this was important stuff, but in order to really kind of sift through and figure that out, we would have had to spend a lot of time and energy, and as a small nonprofit, we just did not have that time,” Fogarty said. “Whitman has been a real lifesaver for us.” 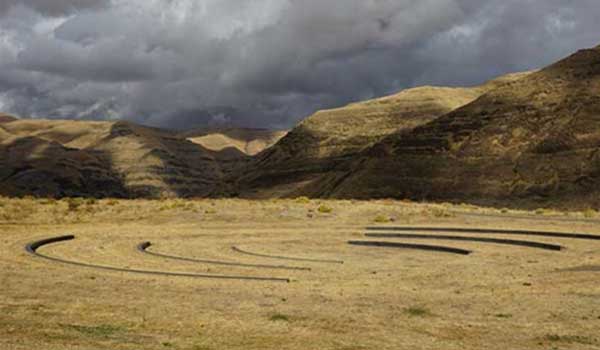 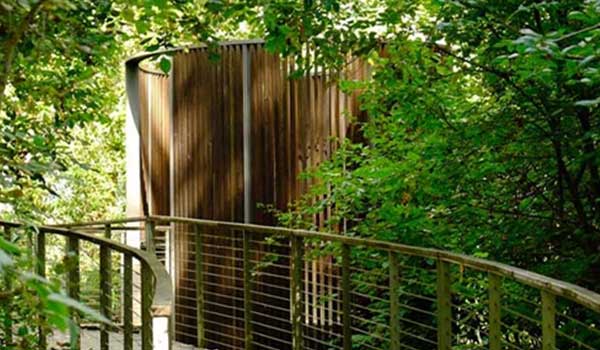 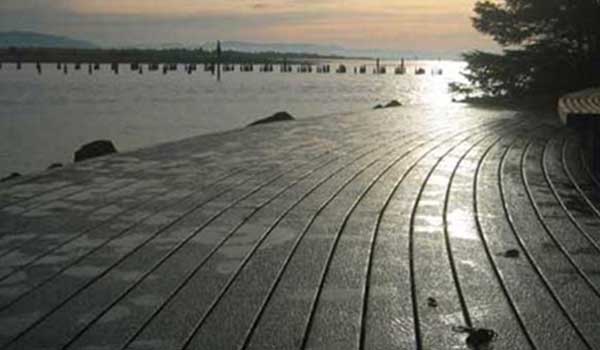 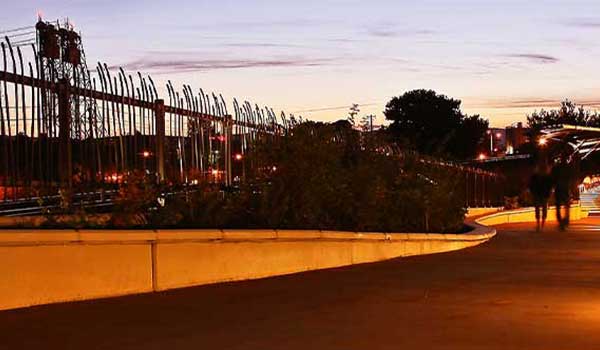 Some of the most important documents are related to lists of all the species of birds, fish and plants that Lewis and Clark cataloged on their westward journey.

“If you take their journals of 1805 and consider what they saw as a baseline of what the environment looked like along the Columbia River, where are we now in relation to that?” Fogarty asked.

A tremendous amount of research went into finding out what the status of those species is today. Some were found to be threatened, some are species of concern, and some are extinct.

“A lot of this research happened before the digital age, before the internet was readily available, so the only record of this research is on paper,” Fogarty said. “We felt that that was important research that went into creating this project, and not just for the project, but for the issue itself, the lesson.” 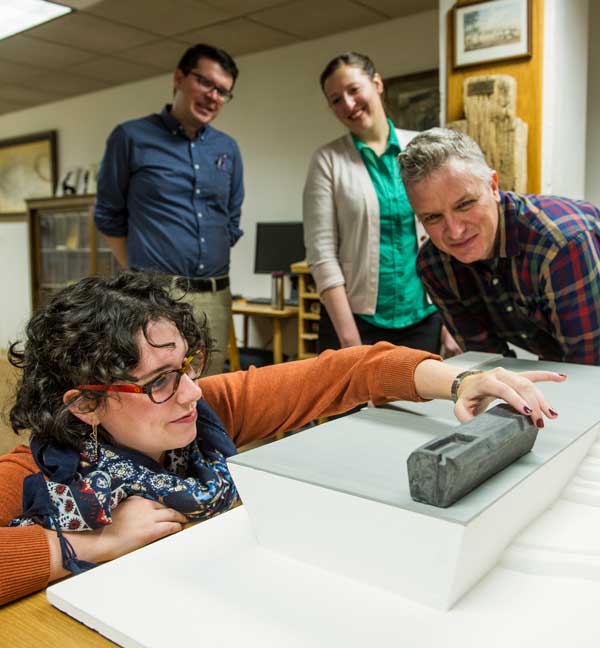 Reynolds knew that cataloging the project’s paper trail would take a team effort, so he enlisted the aid of Whitman’s archivists, along with art history and visual culture studies major Laura Rivale ’19, whose work organizing the project was underwritten by a Mellon grant for community-based learning.

Rivale first became interested in the project during the spring of 2018, when she was taking Reynolds’ Art/Environment class, which included the Confluence Project. Later that summer, she started working hands-on to process the collection.

“Everything arrived in file boxes, but they weren’t organized at all,” Rivale said. “The first couple of weeks were spent mainly organizing them into broad categories.”

Working primarily with Associate Archivist Dana Bronson, Rivale cataloged thousands of folders originally housed in 41 boxes. Processing the archive has given her an appreciation of the project’s epic scope, as well as the human aspect of the effort that went into creating it.

“Projects like this that go on for 20 years, they’re long, and they really get done because of relationships that you create with other people,” Rivale said.

Between organizing the collection and visiting some of the Confluence sites, Rivale has developed a deep sense of place for the Pacific Northwest, and much more.

“I think we’re standing at a crossroads, a confluence of a lot of things,” Rivale said. “I think that people are going to be interested in looking back at what was happening now. From the early ’90s to now, so much has changed in the world. That is fascinating.”

Confluence in the Future

In its organized state, the collection takes up nearly 60 linear feet of archive shelf room.

“That’s a large collection for us,” said Ben Murphy, archivist and head of Digital Services in the Penrose Library. “We spent more time on this collection processing it to the file level, more than typically we do for some collections, just because of the high interest in this collection and the demonstrated teaching interest around it.”

Reynolds is currently writing a book documenting his study of the project, and he continues to incorporate his research into his curriculum.

“I taught a class for the first time last spring called Art/Environment. It’s about the ways in which mostly contemporary art engages with issues of climate change,” he said. “Confluence looks backwards seven generations and it looks forward to kind of think about what’s the world going to look like seven generations from now?” 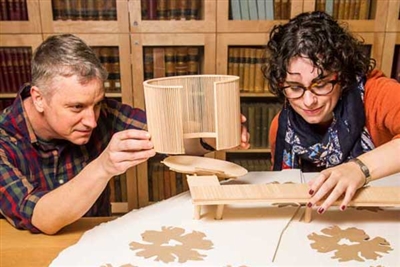 With five of the six sites built, the project is now entering a new phase of educational outreach, in addition to ongoing ecological restoration projects.

“Most Americans don’t know much at all about tribal history, and it represents a real challenge,” Fogarty said. “The artwork can only reach its full potential if people understand the context that they’re looking at.”

Confluence in the Classroom connects Native artists and tradition-keepers with K-12 classrooms to create projects about the Columbia River system, while Confluence in the Community brings together civic organizations, environmental groups and education partners to keep Confluence sites as thriving hubs of activity. A summer institute for teachers in Washington and Oregon is also in the works.

“It’s not just one little corner of history. Tribal history is an integral part of our nation’s history,” Fogarty said. “Confluence artworks are examples of how we can create public artwork that is inclusive of people’s stories, that honors multiple voices and perspectives.”

Reynolds sorted out the project’s imperative this way: “How can Lin’s art, and the work of contemporary artists more generally, help us reperceive our shared surroundings and the long-term effects of climate change?”