From Nagasaki to Hanford: Survivor Shares His First-Hand Account

Mitsugi Moriguchi was only a child when his home city of Nagasaki was hit by a 21-kiloton plutonium bomb on August 9, 1945. More than 70 years later, he became the first known hibakusha (atomic bomb survivor) to visit the Hanford nuclear reactor. The Nagasaki-Hanford Bridge Project planned his historic peace mission to the region with support from nonprofit Consequences of Radiation Exposure (CORE) and the Whitman College Global Studies Initiative. In addition to participating in a series of public events at Whitman and in neighboring Tri-Cities, Washington, Moriguchi met with Hanford Downwinders-people who suffer negative health effects due to exposure to ionizing radiation during childhood. 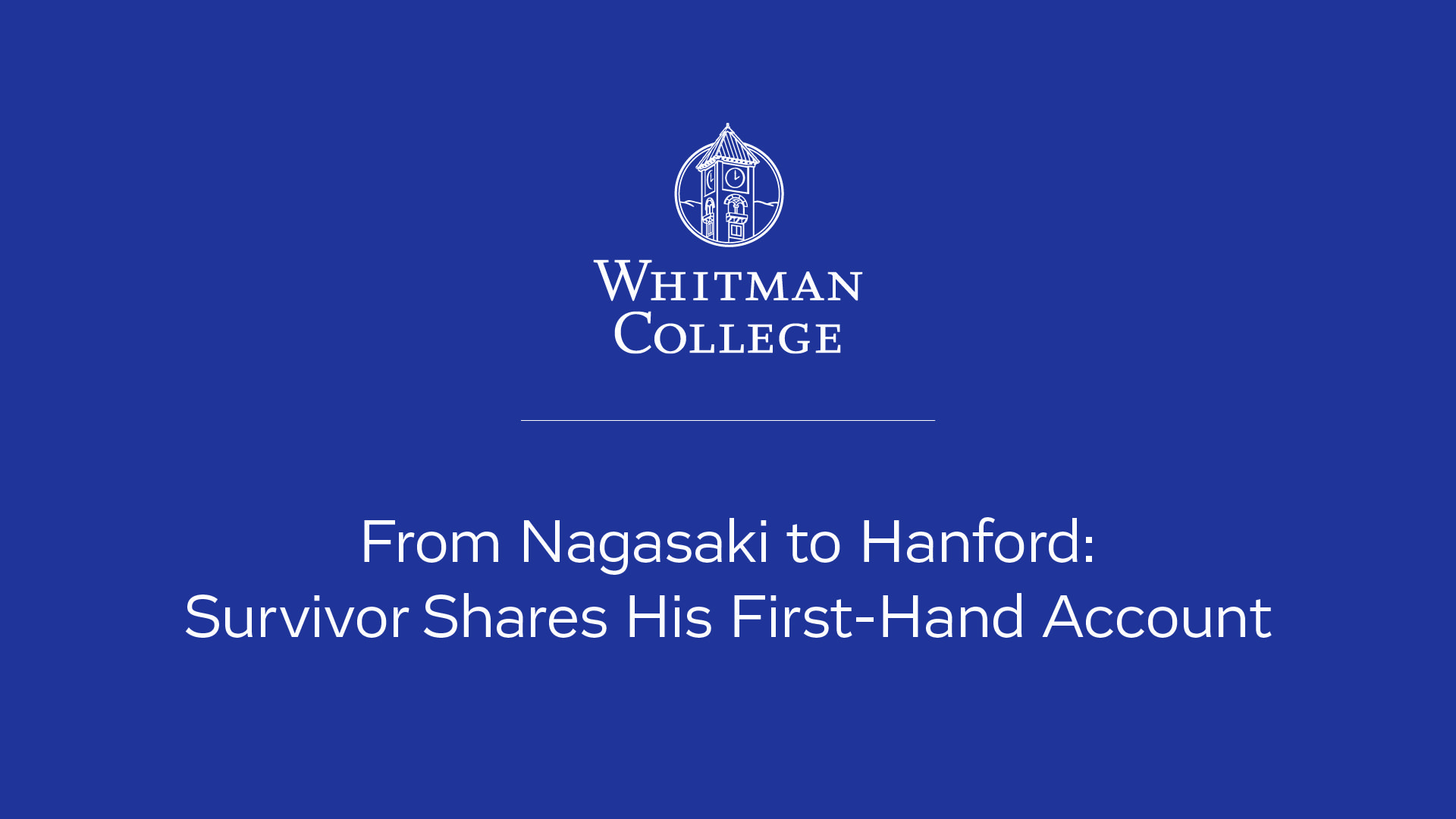