When tensions swirled around the presidential election in the United States last fall, Lud Brito '18 felt a sense of déjà vu. Months before, she had watched from afar as political turmoil beset her homeland, Brazil, leading to the ouster of its president. 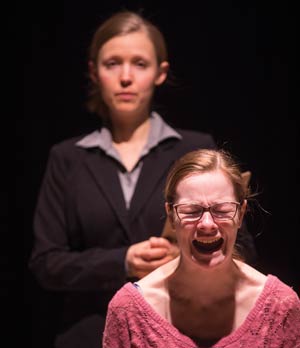 "It caused a lot of instability, a lot of protests. Friends stopped talking to each other. My uncles were fighting. It was very frustrating, not being there and not being able to do anything," recalled the international student and theatre major during her opening remarks to Echo Chamber, an eclectic show premised on the increasing polarization in both countries. "I saw the same thing happen with my American friends, inside and outside of Whitman."

Echo Chamber revolves around the travails of its central character, Paula (theatre and classical studies major Erin Kirkpatrick '17), who struggles to understand the impact of political polarization on her health and relationships. It is composed mainly of vignettes, including a couple with opposing views on an awkward date and a news anchor whose gleeful provocations of her guests highlight the media's role in inflaming issues and driving people apart.

"The idea was to open the show to people who might not have the same opinion as us," said Brito. "We wanted to break stereotypes and create connections." 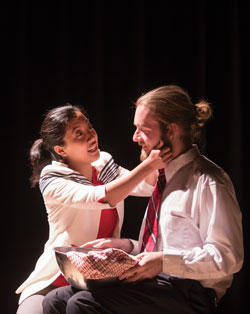 The production combines dialogue, dance, music and humor to underscore political divisions within communities. Brito directed the show, which debuted in April with two on-campus performances, followed by a matinee and evening showcase at Walla Walla's Gesa Power House Theatre and a presentation for Whitman's Board of Trustees.

To fund her endeavor, she applied for and received a Ben Rabinowitz Award, which assists students with leadership skills in implementing new projects or learning opportunities that promote compassion.

"Theatre allows you to love and understand every single character on stage, especially the ones you disagree with," Brito explained. "We put Brazilian samba dancers, an archway of lights, two doctors, a confused nurse, ‘racist conservatives,' ‘brainwashed liberals,' a cellist and a drummer, a TV show host and all the people on Facebook together in a room and let the show begin."

The cast pulls back the curtain on contentious debates dominating social media feeds and sheds light on the dangers of insulating oneself from opinions of all but like-minded friends.

"People told me how close to home it felt to them," Brito said, "how they had to cut connections with family members after the election, how they blocked their friends on Facebook and how they now feel motivated to try again, to turn the disagreement into something productive rather than destructive." 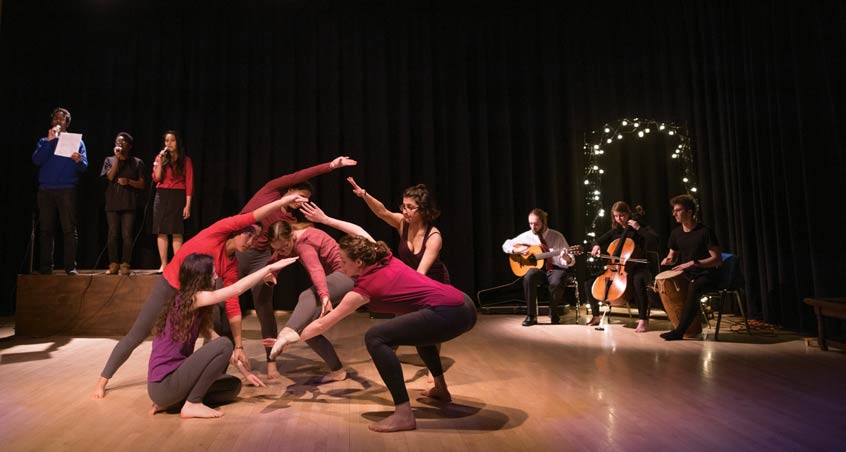