Meant To Be Shared

Rosalinda Mendoza ’06 draws on her heritage and education in bringing mezcal to the U.S.

“I always knew I wanted to start a business,” says Rosalinda Mendoza ’06. Early on in her journey to entrepreneurship, she chose to study economics at Whitman College—with that future business dream in mind. What she didn’t know at the time was the company she’d eventually launch would tie her deeply to her family’s cultural heritage—and require flexibility and fortitude. 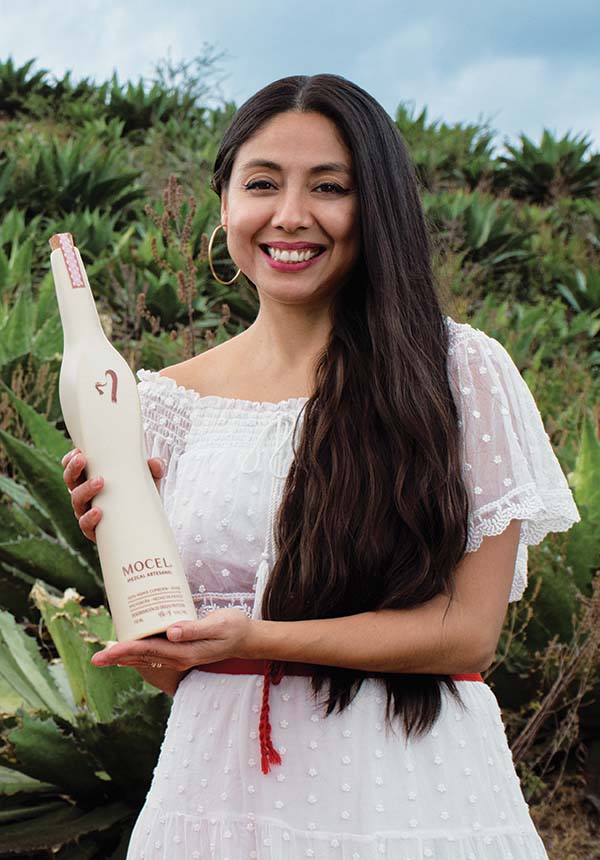 In late 2019, Mendoza left a stable tech job and gave her full attention to Mocel Mezcal, a small-batch, artisanal mezcal brand she co-founded with her sister Elizabeth. But it wasn’t long before the world—and its supply chains—turned upside down. Not one to back down in the face of an obstacle, Mendoza, who divides her time between Seattle, Yakima and Morelia, Mexico, used the pandemic as a learning opportunity and a confidence booster. “If there was ever a time to learn about supply chains and logistics, this was the time to do it,” she says. “If we survived 2020 and 2021, we’re good to go from here.”

While Mendoza’s can-do attitude has undoubtedly been a huge factor in her success, so has her personal connection to her business. Growing up in the Yakima Valley as the daughter of farmworker immigrants, she spent time with her grandparents in rural Michoacán, Mexico, often. Through those experiences, she developed a deep appreciation for the process of growing food and what it takes to bring such ingredients to the table.

As the Mendoza sisters got older and their palates expanded to appreciating not just the cuisine but also the spirits from Michoacán, they began to wonder why mezcal wasn’t being imported into the United States. “It snowballed from there. We were just so passionate about this incredible history, how we could help establish a mezcal culture in the U.S.—one that considers the land, the culture and the way it brings people together.”

According to Mendoza, many families in Michoacán are still making mezcal the same way they made it hundreds of years ago, using the same ancient techniques and the same two ingredients: water and agave. “When you drink mezcal you’re connecting to this history, you’re connecting to the land that provided these complex agaves, and you’re also connecting with the people around you,” she explains. “Mezcal is really meant to be shared.” In 2018, the two sisters established Mocel.

Focusing on her “why” has been key in navigating the inevitable challenges of startup life. As it turned out, supply chain issues were just the beginning. Leaving her corporate job to go all-in on her business was “extremely risky.” Mendoza feels that while the financial barriers to starting a business can be significant, they’re not talked about often enough, particularly among women founders and founders of color. According to Mendoza, while we often hear about people starting companies out of their garage, “that’s only part of the truth.” The other part—that’s too often missing—is their funding source. While Mendoza says there’s nothing wrong with accepting a loan or a gift from family, she didn’t have that option. “It was scary because as a first-generation college student, I didn’t have a safety net. I was the safety net for my family,” she explains. 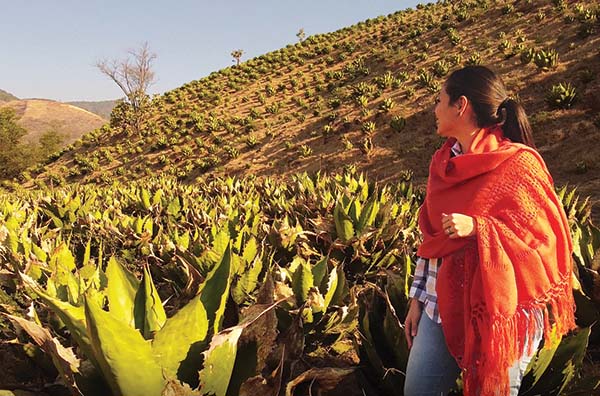 Mendoza admits she’s asked herself, “What was I thinking?” more than once on her journey as an entrepreneur. Every time, she comes back to her passion for creating connections and honoring her heritage. “We’re not just bringing mezcal. We’re also sharing this incredible history with people and we are helping establish a mezcal culture in the U.S.” In the spring of 2022, the sisters’ Michoacán mezcal became available in the states. Learn more at mocelmezcal.com.

WHAT IS MEZCAL? Mezcal is a traditional Mexican distilled beverage produced from the fermented juices of the cooked agave plant core. One of the main characteristics of mezcal is its artisanal production process, which has been passed down from generations of families.