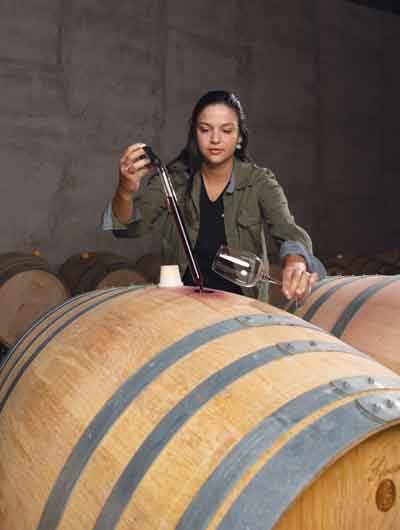 Plenty of college seniors are still figuring out their career plans. But Devyani Gupta already had the next eight or so years mapped out: She would earn her Whitman degree in psychology and Spanish, then take a job with a research lab, earn a graduate degree or two in psychology and become a professor.

After graduating with honors in both majors, Gupta took the first step down that path. She moved to Seattle to become a research project coordinator for the University of Washington READi Lab, which conducts research related to early detection and treatment of children with autism spectrum disorders.

During the week, she worked on a study designed to help connect service providers and predominantly Spanish-only speaking parents in rural areas, to ensure they could access services. And on Saturdays, she resumed the job she’d had in her senior year—working in the nearby tasting room of Walla Walla-based Amavi Cellars and Pepper Bridge Wines—this time, in the wineries’ Woodinville location, around 30 minutes from Seattle.

She found her research work meaningful, but it didn’t take long to realize that her carefully planned career path wasn’t what she wanted after all.

“It was a really cool research project and it’s something that was important to me, but it was definitely a wakeup call because I wasn’t happy or excited about it,” Gupta says. “After getting a taste for working in wine, talking about wine, and being around other people who are just as excited to work in wine, going into research just felt a bit like getting sucked into a black hole. It just didn’t make me light up like wine did.”

A mutual friend suggested that she reach out to another Whitman alum, experienced winery founder Ashley Trout ’03 (see below), who Gupta learned had a similar experience in discovering that her original career path, the one she’d worked toward for years, didn’t make her happy.

Inspired by Trout to follow her passion, Gupta left her research job to enroll in Walla Walla Community College’s Enology and Viticulture Program. While studying, she worked in the tasting room at L’Ecole and in the vineyards at Seven Hills Winery, and did her

second-year internship on the production side at Figgins Winery, where she worked as a harvest enologist after completing her degree.

Gupta was hired as assistant winemaker at Valdemar Estates in 2019—the opening year of the winery, which is the Walla Walla brand of a renowned Spanish wine group that’s been in the same family for five generations. She loves that the winery’s relatively small size offers her the opportunity to be involved in a wide range of duties.

“During most of the year, it’s just [Marie-Eva Gilla, director of winemaking] and I in production. So in April, we were monitoring the planting of our two estate vineyards, racking wine, putting together blends for June bottling and the next night, hopping in the work truck, putting on nice clothes, off-loading 10 cases and pouring at an event.”

Speaking at winemaker dinners is a relatively new responsibility. And though it’s not her favorite part of her job (“I’m a little bit of a social person, but I’m more on the introvert side”), it’s one Whitman prepared her for: “It didn’t matter what your major was; you had to present in every single class. You basically could not get out of public speaking—that’s probably one of the biggest soft skills that Whitman taught me.”

Next: Behind The Scenes 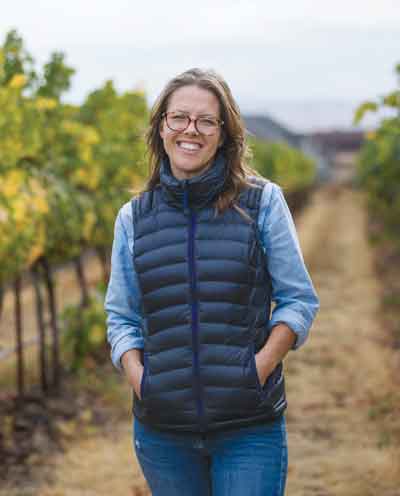 Ashley Trout ’03 started making wine in her first year at Whitman and opened her first winery, Flying Trout Wines, just three years after she graduated. To say she’s made her mark on the industry would be an understatement: In the more than 20 years since her first crush, Trout has worked eight harvests in Argentina, founded two more Walla Walla wineries (Brook & Bull and Vital Wines), poured her wines at an Academy Awards pre-party for nominees and been named to Wine Enthusiast’s “40 Under 40” list. In launching Vital Wines, Trout’s impact has gone beyond making fantastic wines—she’s helping to make a healthier community. The brand funds better access to health care for seasonal vineyard and winery workers in the Walla Walla Valley, with all proceeds supporting SOS Health Services, a free community clinic. Trout says that in addition to drastically raising the budget for the clinic, she started Vital Wines as a means to start a conversation amongst members of the local industry about how they treat each other as co-workers, friends and family. During a spring 2021 virtual event for Whitman alumni, Trout said of the nonprofit winery: “Vital is very fulfilling. It’s my passion project.”