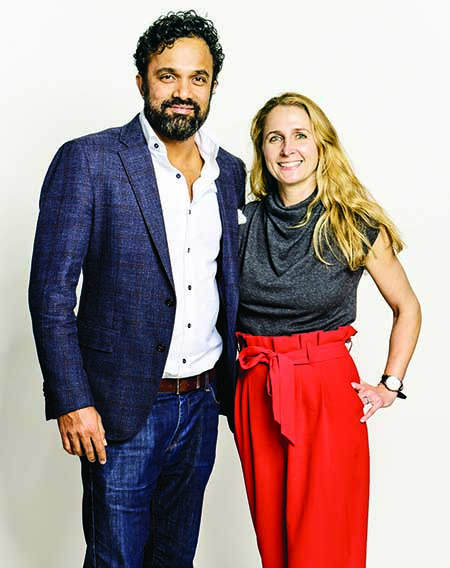 When Akshay Shetty ’99 left Mumbai, India, for the first time it was to enroll as a student at Whitman College. He brought with him a sense of hope, inspiration and opportunity—yet he couldn’t have predicted how instrumental the college would be in shaping his future.

“Whitman has had a transformational impact on my life and career,” Akshay says. “Whitman stoked my sense of curiosity, fostered the importance of collaboration, effective communications and analytical thinking, and built in me a reserve of resilience and adaptability that I still leverage in my life.”

Their Own Reasons for Giving

Shetty is making a significant gift to Whitman’s academics and the computer science department, along with his wife, Keech Shetty. “Part of my gift is a thank you to Whitman for everything it has given me,” he says. “And part of it is because of the promise I see in the college’s future.”

While as an alum, Akshay is inspired to give so generously by both a sense of gratitude and vision, Keech says she has her own reasons for making such a gift: the people of Whitman. “The Whitman alums I have met are interesting, interested and super smart. You can’t teach smart but you can harvest and hone it to create empathetic, impactful global citizens. I think those are the people who will come out of Whitman.”

The Shetty gift, along with other commitments from other generous donors, will enable the college to add an additional professor in computer science. Computer science is a high-demand department at Whitman—currently, each full-time department faculty member advises nearly 30 students.

Associate Professor and Microsoft Chair of Computer Science Janet Davis says, “My deepest thanks to Akshay and Keech Shetty for their significant investment to help secure a new tenure-track faculty member in computer science. A fourth colleague will help enable us to meet high student demand for courses and advising and expand computing literacy throughout the student body.”

The computer science faculty provide a rigorous program of study not only for computer science majors, but also increasingly for students across majors by collaborating with other departments, for example, art and sociology. While a relatively new department, established in 2015, graduates are securing jobs at Google, Microsoft and other competitive companies.