Late last month, in Houston Texas, the Whitman College Debate and Forensics team won dramatically—taking the top three places in the Rice University Classic. All three Whitman parliamentary pairs teams advanced to the quarterfinals and finished in the top three positions, making it a triple close-out, a first in Whitman debate history.

Representing Whitman in the tournament and sharing top honors were these duos:

“This was a massive win for us especially given this was our first tournament of the season and our first tournament with our amazing new Director of Debate and Forensics Baker Weilert,” says Ilse Spiropoulos, president of the Debate Club. “It was great to be in a competitive environment—to cheer one another on from the same room and get face-to-face feedback from judges. I can't wait for more travel and success for Whitman this upcoming year.” 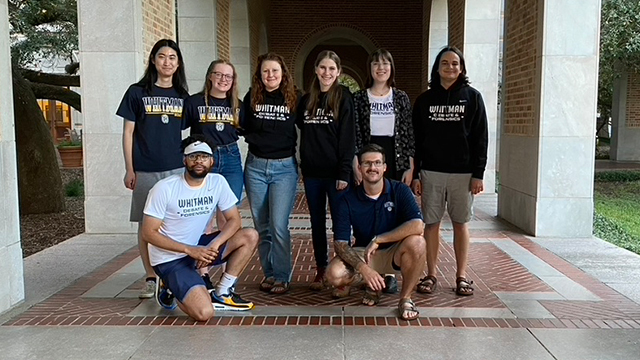 Making Each Other Better

Weilert, the new director and coach, agrees there are more big moments ahead for this team. “I don’t imagine that the team’s successes will be stopping anytime soon,” he says. “My philosophy has always been that ‘good is the enemy of great.’ If you build an inclusive team environment and encourage students to be the best they can be then winning happens naturally. Whitman debaters are great not because they win but because they constantly push themselves and each other to be better.”