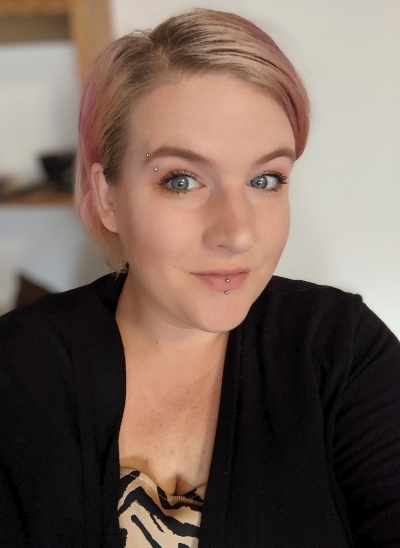 The trauma of sexual assault takes its toll both physically and emotionally and, for many, it can be difficult to know where to turn for support. Thanks to a partnership with the Walla Walla YWCA, survivors of all genders and sexual orientations in the tri-colleges community have a new resource to help them cope with their experiences: Sexual Assault Victim’s Advocate (SAVA) Malia Lewis.

A survivor of sexual assault herself, Lewis will serve the Whitman College, Walla Walla Community College and Walla Walla University communities as a confidential contact for people who have experienced sexual violence, regardless of their gender or sexual orientation.

In a recent phone interview, Lewis spoke about the services she offers:

What does a Sexual Assault Victim’s Advocate (SAVA) do?
A SAVA, especially in a campus setting, is someone who provides some outreach, education and prevention services, as well as works directly—one-on-one or in group settings—with survivors to meet the needs they have in the aftermath of an assault.

I’ll also be working—individually, most likely—with folks who are supporting survivors. A lot of people have discomfort around the topic of sexual assaults, even if that's not something that has been part of their personal experience; having conversations to help demystify some of that is part of my role.

What are the different advocacy roles you take on?
In terms of survivor support, I’ll be doing general advocacy, which means brainstorming with the individual I’m serving to identify their needs and help them narrow down their choices in a collaborative process, figuring out how best to meet those needs, and offering referrals for the things that I cannot do.

I’ll also provide legal advocacy—if they choose to engage with the legal system—whether that’s supporting them in the reporting process, in accessing protection orders, or just navigating that system entirely.

Medical advocacy might include accompanying them to medical appointments, including witnessing the Sexual Assault Nurse Examiner (SANE) exams immediately following an assault, if necessary.

As an advocate, I’ll be there to make sure the person is being treated respectfully and within a reasonable timeline because big institutions of the legal and medical systems can move in ways that support the general overall good, but may or may not support the individual effectively.

What if someone has an experience that troubles them, but they’re not sure it “counts” as sexual assault?
If it doesn’t feel right, come have a conversation about it. Defining sexual assault is a bit of a sticky wicket because we have legal definitions, social definitions and political definitions and all of those in some way or another have served as barriers at different points. Because of the flexibility of my role in the way we’ve created it, you don't have to meet a particular threshold to come have a conversation with me about it; that's not a function of my services. If you’re having doubts, if you are experiencing that discomfort, give me a call and we'll talk about it.

Your work can’t be easy—why do you do it?
It’s interesting when folks say that, in part because none of the social services positions I've held have been easy work, but they were all fundamental to my humanity. It’s taking the time to connect with other humans and meet their needs, and that’s the most basic function of humans as social creatures so, in a way, it’s easier than other work. I’m able to show up authentically and engage compassionately, and that is valuable and valued work. As a as a survivor of sexual assault, I’ve spent a lot of time in community with other survivors doing some of this work in an organic way in order to survive collectively. This is a natural extension of those experientially cultivated skills to a more professional role.

What else do you want people to know about your role?
That I am absolutely not here to judge anyone. That’s not my role. I am here to help collaborate and create a way that feels safer for you following whatever the experience was, and to demystify some of the cultural mythology around consent and sexual assault and the ways we harm one another, even when that's unintentional.

I want folks to know that they don't have to worry about being “worthy” of services. Often, people who have experienced various forms of abuse and assaults don't consider themselves part of that community for a bunch of different reasons that are mostly social. You don’t have to consider yourself a survivor or victim to come have a conversation about your experience, and you're not taking services away from somebody else by showing up. People often think that their assault wasn’t severe enough or that there's something about them that caused their assault so they don't deserve to get help or to have a conversation about it, and that hurts my heart. Everybody deserves to be connected with and cared for.

There are many ways to connect with Lewis, including phone (509-526-3032), video meeting, email or through the SAVA Instagram and Facebook accounts. She is also available in person (following COVID-19 precautions) in her office space in Hunter 406.