A small selection of Whitties will join the ranks of those formally recognized at the college's 132nd Commencement ceremony, alongside the Commencement speaker, honorary degree recipient, returning members of the Class of 1968 and distinguished faculty. The elite few include the following: 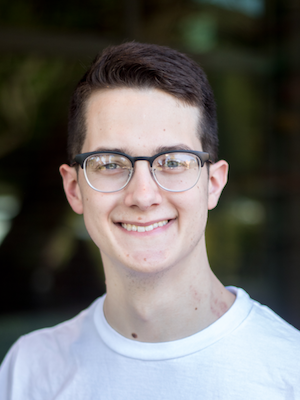 Meabe is a history major from Portland. At Whitman, he was involved in a wide array of activities, from student government to residence life to improv. He served as both a senator and Vice President of Finance for the Associated Students of Whitman College (ASWC), playing a key role in the restructuring of ASWC's finances and control over its own investments. Meabe worked as a Student Academic Adviser in Jewett Hall as well as Resident Assistant of the Writing House. An active participant in Varsity Nordic, Whitman's improv comedy crew, and the Poems Club, he competed on a team representing Whitman at a national college poetry slam during his sophomore year. Meabe has presented twice at the Whitman Undergraduate Conference; as a senior, he moderated a panel on international issues and shared his own research on the peacemaking process in Liberia after the nation's civil war. He also received a grant from the history department for research related to his thesis. Last summer, Meabe interned at Oregon Health & Science University's Center for Evidence-Based Policy, studying public health issues such as the opioid crisis and helping make recommendations. After graduation, Meabe is moving to Japan to become an Assistant Language Teacher. 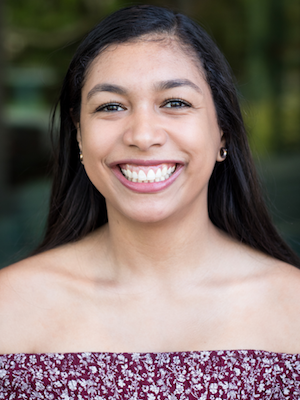 A biochemistry, biophysics, and molecular biology and German studies double major from Bothell, Washington, Salaguinto has held several leadership positions at Whitman. She served as programming director for Whitman's 2018 Power and Privilege Symposium and as president of the college's German National Honors Society for two years. She was a writing fellow and lab assistant in the biology department and a Resident Assistant in the Interest House community. She also worked with the annual giving office's phonathon program for four years, an experience that inspired her to serve her classmates as Senior Fund Chair. The daughter of Beth Salaguinto '88 and David Salaguinto '87, she plans to continue supporting the college as an annual giving volunteer after graduation. Next year, she will teach English in Austria through the Fulbright program. Schwensen is a biochemistry, biophysics, and molecular biology major and Spanish minor from Seattle. She conducted her thesis research at the Fred Hutchinson Cancer Research Center and presented on homing endonuclease enzymes at the 2018 Whitman Undergraduate Conference. She also worked in Assistant Professor of Biology and Garrett Fellow Arielle Cooley's lab for two years as an Abshire Research Scholar. Her extracurricular activities included volunteering at the SOS Health Clinic and participating in the Pre-Health Club, Bilingual United, Whitman College Unified Soccer, and the Power and Privilege Symposium. Schwensen also served as a tour guide and participated as an oversight member of the Associated Students of Whitman College for four years. Her plan is to apply to medical school in the future. 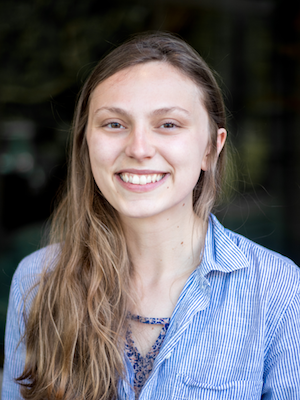 Gilbert distinguished herself as this year's Commencement Marshal by virtue of academic excellence, as reflected in her 3.996 cumulative grade point average. A German studies and politics double major from Belmont, Michigan, she is the recipient of a Perry Summer Research Award to assist Senior Adjunct Instructor of General Studies Timothy Doyle with a German translation project. Gilbert also received a Robert R. Hosokawa Award for Journalism Excellence in 2017 for her feature on Walla Walla University's student-run coffee shop, the Atlas Café. A writing fellow for the Encounters program, she has served as both a moderator and presenter at the Whitman Undergraduate Conference, with research topics including "Interpretations of Rilke's Duino Elegies" and "Science Beyond Truth and Falsehood: Perspectives on the Infinite." The former analyzed a collection of elegiac poems written by Austrian-Bohemian poet Rainier Maria Rilke (1875-1926); the latter focused on translated lectures by German mathematician David Hilbert (1862-1943). Next year, she plans to conduct research for Assistant Professor of Politics Arash Davari thanks to a Fluno Award.