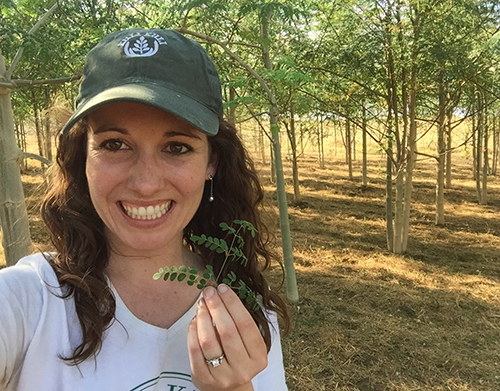 Forbes has named cofounder and CEO of the Oakland-based company Kuli Kuli Lisa Curtis '10 to its 2018 "30 Under 30" list for social entrepreneurs. Kuli Kuli produces energy bars, supplements and juice shots derived from moringa, a nutrient-rich plant primarily found in Asia, Africa and Central America. Curtis is one of 600 honorees, with other "30 Under 30" lists covering fields such as energy, education, venture capital and manufacturing.

A politics-environmental studies major, Curtis sees social entrepreneurship as key to Kuli Kuli's mission. Founded in 2011, the company partners with more than 1,000 farmers in Ghana, Haiti and Nicaragua, elevating the economic status of moringa farmers in those developing nations. According to Forbes, by connecting these farmers with the American health food market, Curtis' company "has provided more that $1.5 million in income to women-led farming cooperatives, nonprofits and family farms."

Read more about Curtis and Kuli Kuli in the winter 2017 edition of Whitman Magazine.