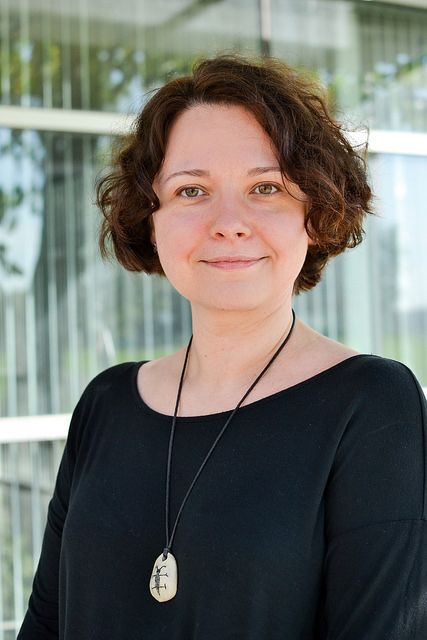 Yuliya Ardasheva is an assistant professor in English as a second language and bilingual education at the Tri-Cities campus of Washington State University. Ardasheva attended Perm State Pedagogical University in Perm, Russia, and earned her doctorate in curriculum and instruction for TESOL (Teachers of English to Speakers of Other Languages) from the University of Louisville in Kentucky. In a recent visit to Whitman, she spoke about bilingual education in the United States. We asked her about the importance of bilingual education and the barriers to its implementation in U.S. schools.

Why do you care about bilingual education?
Speaking more than one language makes you smarter. It improves non-language related cognitive skills—for example, attentional control, abstract representation, working memory and problem-solving. It also shields against dementia "by building cognitive reserves that slow the aging process for adults." The academic benefit of bilingualism has been documented by five independent meta-analytic studies comparing bilingual programs to English-only programs. Further, while speaking more than one language has practical benefits for anyone in a globalized world, preserving native languages helps immigrant children preserve family ties.

Why aren’t there more bilingual education programs in U.S. public school systems?
According to Kenji Hakuta, a Stanford University language policies professor, one of the main barriers to implementing bilingual education for immigrant populations in the U.S. public schools is a split standard that values bilingualism for people of privileged backgrounds, but not for recent immigrants. Hakuta illustrates this point with a quote from linguist Joshua Fishman: “Many Americans have long been of the opinion that bilingualism is ‘a good thing’ if it was acquired via travel (preferably to Paris) or via formal education (preferably at Harvard) but that it is a ‘bad thing’ if it was acquired from one’s immigrant parents or grandparents.”