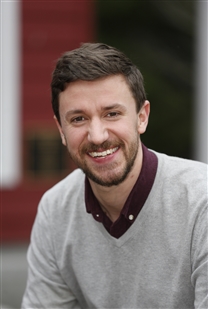 Working in independent schools across the country, Jay Heath '07 and Matt Stenovec '08 found that even mission-driven organizations can be insular and lack obvious pathways for growth and change for their students. Their response: to submit a grant proposal to the Northwest Association of Independent Schools (NWAIS) to research how best to develop leadership within these schools.

Among the first environmental humanities majors at Whitman, Heath and Stenovec were both drawn to the idea of change-making within the educational arena. Stenovec decided to stay on the west coast after graduation, and after brief stints in Northern California and Honolulu, he settled in Seattle to teach at a small middle school. After completing his master's in private school leadership at the University of Hawai'i, he became international baccalaureate coordinator at Soundview School in Lynnwood, Washington.

For Heath, it was his interest and expertise in technology that led him to independent schools, first in New York City. After he got married, he and his wife decided to seek a change of pace and moved to Redmond, Washington, where he became the director of technology at the Overlake School. 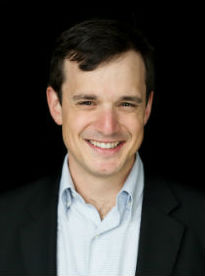 "We kept in touch over the years, and finally finding ourselves in the same region again, the collaboration started up almost instantly," Heath said. "It was mere weeks before Matt and I were scheming."

The question they ultimately asked themselves was: "If our goal was to help drive educational improvement in all areas, what programs existed to intentionally develop leaders of all stripes?"

When they reconnected, a shared goal emerged-they wanted to work to develop leadership skills within independent schools. And they have now applied for and won a grant from NWAIS so that they can pursue this objective.

At the conclusion of the 2016-17 school year, Heath and Stenovec's team will produce an outline of a curricular program designed to train and develop leaders within the NWAIS school system.

"Our program will seek to develop leadership at all levels of an organization, from leaders in curriculum in science departments to leaders in pedagogy in instructional coaching teams to leaders in diversity and inclusion."

The program document will include a summary of their research as well as action steps for implementing the model they determine best fits the needs of the association and its member schools. They will present their findings at NWAIS's annual Leadership Institute in June.

"We believe that leadership in all areas means development and improvement in all areas."

Watch: The Sky’s the Limit for Liam Dubay ’21