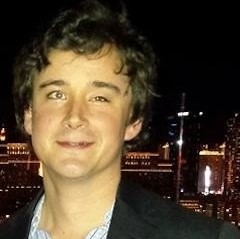 Professor Bost joined the Rhetoric, Writing and Public Discourse (RWPD) Department in the fall of 2016. His work focuses on the relationship between rhetoric, philosophy and social change. His work has been published in Rhetoric Society Quarterly, Philosophy and Rhetoric, The Review of Communication,Argumentation and Advocacy, and elsewhere. His recent publications have explored the role of trope in Karl Marx's “Eighteenth Brumaire of Louis Bonaparte,” the nonhuman element in Marx and Engels' rhetoric, and the relationship between debt and political community in Marx's “The Civil War in France.”

Professor Bost's teaching specialties include classical and contemporary rhetorical theory, rhetorical studies of visual, auditory, tactile and other sensory registers, and the intersections between rhetoric, identity and social change, with particular focus on feminist and queer rhetoric and social movements rooted in class. At Whitman, Professor Bost's courses include Fundamentals of Argumentation, Rhetorical Theory, Rhetoric, Gender and Sexuality, Rhetoric and Capitalism and Rhetoric and the Senses.

2016. Coauthored with Matthew S. May. “The Surplus of the Machine: Trope and History in The Eighteenth Brumaire of Louis Bonaparte.” Philosophy and Rhetoric. 49.1: 1-25.  (lead article)

“In Defense of (Rhetorical) Immanence: an Affective-Rhetorical Systems Theory of Capitalism and Commons”. Paper co-authored with Joshua S. Hanan (University of Denver) and presented at Preconference on “The Commons at a Crossroads.” National Communication Association Annual Convention, Remotely, November 2020.

“The Cause of the Self: Materialist Spirituality, Cultural Appropriation and the Rhetoric of Mindfulness.” Annual Convention of the National Communication Association, Philadelphia, PA, November 2016.