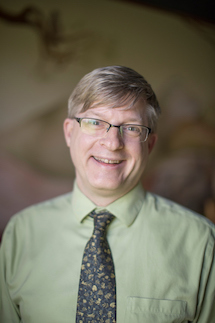 Brian Dott is Associate Professor of History. His main research area is in the cultural history of late imperial China (~1500-1900).  He has published a book on pilgrimages to the sacred Mount Tai during the late imperial period: Identity Reflections: Pilgrimages to Mount Tai in Late Imperial China (Harvard University Press, 2004).  In addition, he has also worked on modern meanings of the mountain.  His current project is examining the introduction of the chili pepper into China.  The courses he teaches cover all of eastern Asia from ancient to modern times.  He has recently begun teaching some courses comparing China and Japan, such as "Horse Riders and Samurai."

From 2010-2013 Professor Dott served as the Division Chair for the Social Sciences at Whitman College.